Home Real Housewives of New York City News RHONY Star Dorinda Medley Slams Tinsley Mortimer for “Not Being Honest” and “Acting Like a Child,” Plus She Suggests She Isn’t a Good Housewife

RHONY Star Dorinda Medley Slams Tinsley Mortimer for “Not Being Honest” and “Acting Like a Child,” Plus She Suggests She Isn’t a Good Housewife 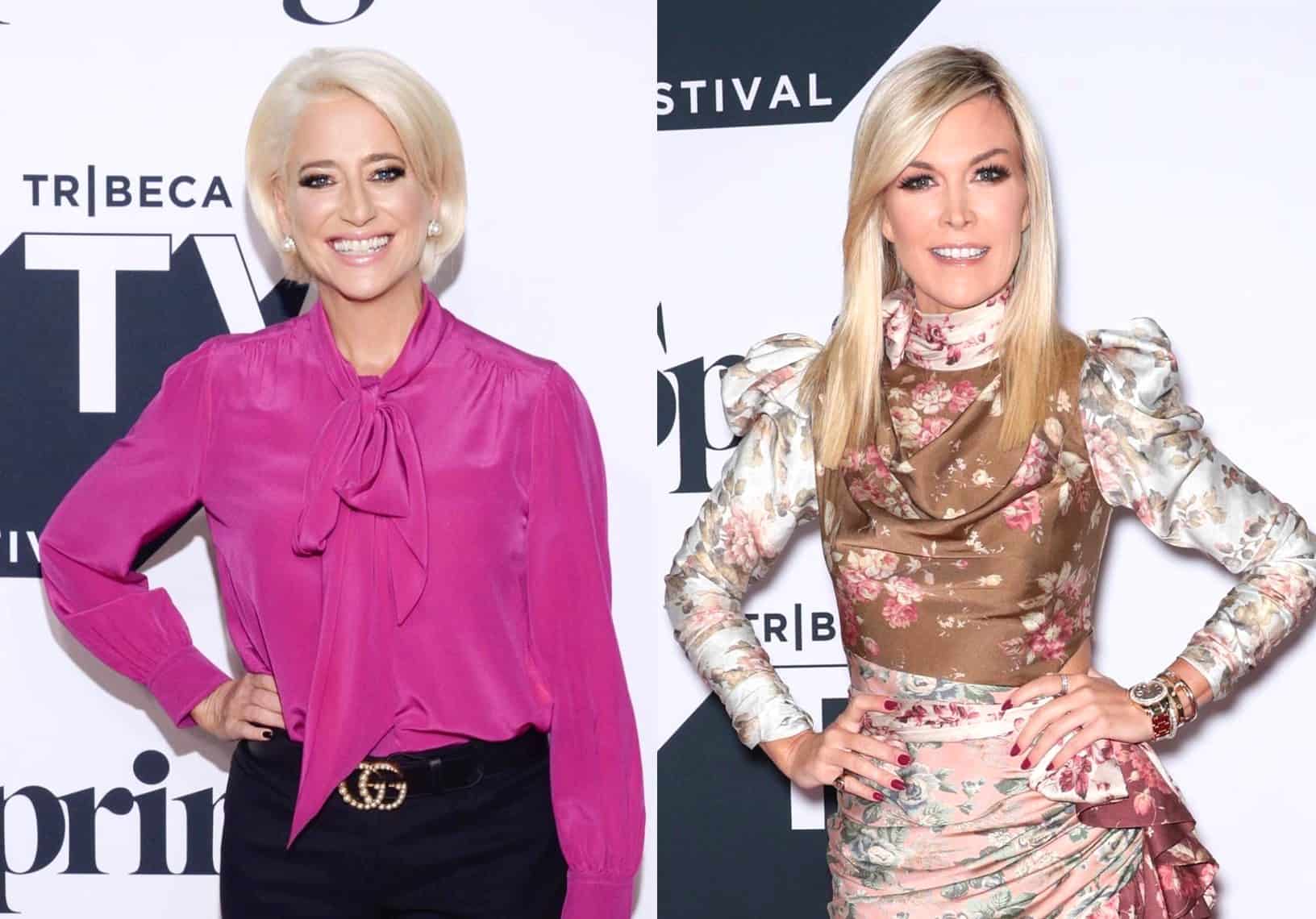 Amid Tinsley’s ups and downs with Scott Kluth on The Real Housewives of New York City, Dorinda is speaking out against her, slamming her for not being honest about what was going on between her and Scott during season 12 and suggesting that she doesn’t make a good housewife.

“She’s not being honest,” Dorinda explained during an appearance on PEOPLE TV’s Reality Check. “She’s kind of playing us all. I already know that they’re still seeing each other. So why is it that we have to put our whole lives out here, be completely honest about it and you treat us like you’re playing some game? It’s frustrating.”

“At the end of the day, don’t sell us a bill of goods. We know what’s going on and that’s fine. Do what you want to do, Tinsley. I think it’s great, but let’s not play this game anymore,” she continued. “You know, you’re not 12. You’re not 20. You’re not even 30. You’re almost in menopause. Stop acting like a child.”

According to Dorinda, she and the rest of the cast are very transparent with one another and lean on each other for advice and guidance. Meanwhile, Tinsley, who ultimately got engaged to Scott last November, is much less candid.

“[Tinsley] keeps her cards very close to her chest, which I don’t think makes for a good housewife,” Dorinda admitted. “Imagine if all went on this show and treated it like a scripted show. ‘Yeah, everything’s great.’ We wouldn’t have a show. I think when you are doing something like [The Real Housewives of New York City], you have to be all in because it’s not fair for some people.”

Dorinda pointed out that she and her co-stars have all gone through trials and tribulations on the show and allowed the cameras to capture their hardships, for better or for worse.

“Like, look at [Luann de Lesseps] last year, what she had to put on national television. Me… [Ramona Singer] went through a major divorce. [Sonja Morgan] has gone through some pretty heavy stuff on TV. And we put it out there,” she noted. “So I found it not only frustrating trying to do this constant interrogation with Tinsley, I found it unfair to the group.”

Dorinda then added that because she was dealing with a lot of issues personally, including her drama with now-ex-boyfriend, John Mahdessian, her broken rib, and the flooding of her Berkshires home, she was less tolerant of Tinsley than other cast members.

“I think I’m probably the most vocal and the most, sort of, black and white about it because that’s how I felt about it. I didn’t feel like dealing with any bullsh*t,” she added.