Home Vanderpump Rules Vanderpump Rules’ Kristen Doute Explains Why She Was Triggered by Beau Saying Stassi Was All He Cared About, Talks Hopes for Friendships With Stassi and Katie and Reacts to Lisa Standing Up for Her

Vanderpump Rules’ Kristen Doute Explains Why She Was Triggered by Beau Saying Stassi Was All He Cared About, Talks Hopes for Friendships With Stassi and Katie and Reacts to Lisa Standing Up for Her

by Lindsay Cronin May 1, 2020 6 comments
ShareTweetWhatsappPinterestRedditTumblrMailFlipboard 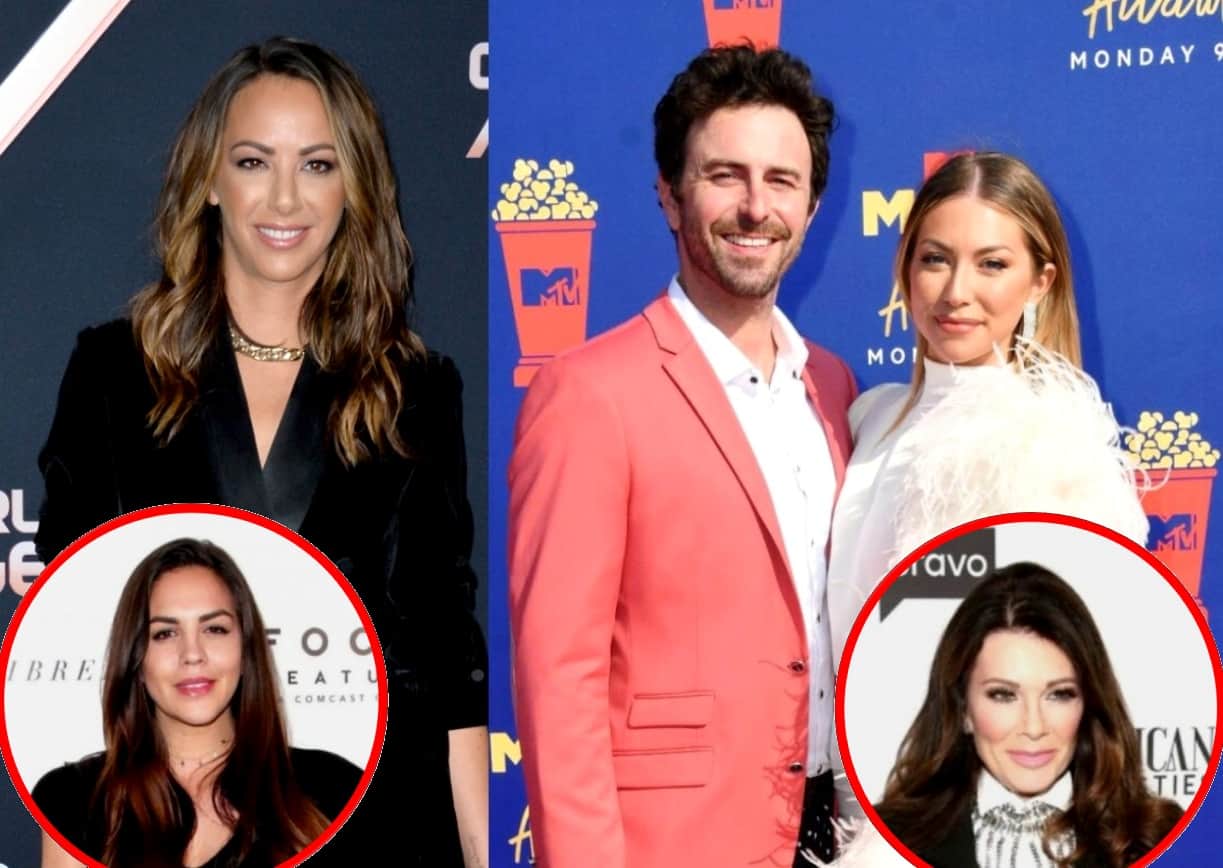 Kristen Doute hasn’t completely written off the possibility of making amends with Stassi Schroeder and Katie Maloney, despite the fact that the drama between them has been snowballing ever since Vanderpump Rules season eight began airing in January.

During a new interview, Kristen addressed her ongoing tension with her former besties before sharing her thoughts on her recent feud with Beau Clark, revealing where she stands with Tom Schwartz, and reacting to Lisa Vanderpump coming to her defense on the latest episode of the show.

“I’m still not sure [why we’re feuding] because it feels the narrative is ever-changing as each episode passes by as to what this giant, massive friend breakup could be about,” Kristen explained on People TV of her relationships with Stassi and Katie.

Although Kristen said she’s not trying to convince Stassi and Katie to give their friendships another chance, she would like to sit down with them separately to discuss their relationships, even though they likely have the same views.

“As far as us redeveloping a friendship, I would like to give it a chance because I think we have all grown in different ways,” she shared.

According to Kristen, she hopes that if she is able to make amends with Stassi and Katie, their friendships will be different than they were in the past with better communication and less shame.

“I would like to not be shamed for who I am because I really love who I am,” she explained.

During an episode of Pump Rules earlier this month, Kristen was seen getting into an argument with Stassi after she attempted to see where she stood in her friendship with Beau. Looking back, Kristen said she understands why Stassi was so defensive but felt triggered by Beau saying Stassi was all he cares about because she worried he was “losing himself.”

As for where she stands with Schwartz, Kristen said they’re currently on good terms and revealed Schwartz frequently texts her ahead of parties she doesn’t get invited to and lets her know he wishes she could be there.

“It is what it is and it sucks but I get it,” Kristen admitted.

Earlier this week on Pump Rules, fans watched as Lisa shockingly came to Kristen’s defense by saying she felt she should have been included in Stassi’s engagement. Looking back, Kristen was thrilled with the unexpected comments.

“I think Lisa had gone through so much and I think it softened her to me and to a lot of people, but especially to me and I bow down with appreciation that she was able to take a step aside to the Kristen that she’s not been able to stand for so long or wanted to strangle and she said so many kind words about the way I treated Stassi,” she stated.