Home Real Housewives of Beverly Hills News RHOBH Star Sutton Stracke Fires Back at Teddi Mellencamp for Suggesting She Researched Cast Before Joining the Show, Reveals Which Co-Star She’s Closest To and Who is the Most Fake

RHOBH Star Sutton Stracke Fires Back at Teddi Mellencamp for Suggesting She Researched Cast Before Joining the Show, Reveals Which Co-Star She’s Closest To and Who is the Most Fake

by Lindsay Cronin May 8, 2020 38 comments
ShareTweetWhatsappPinterestRedditTumblrMailFlipboard 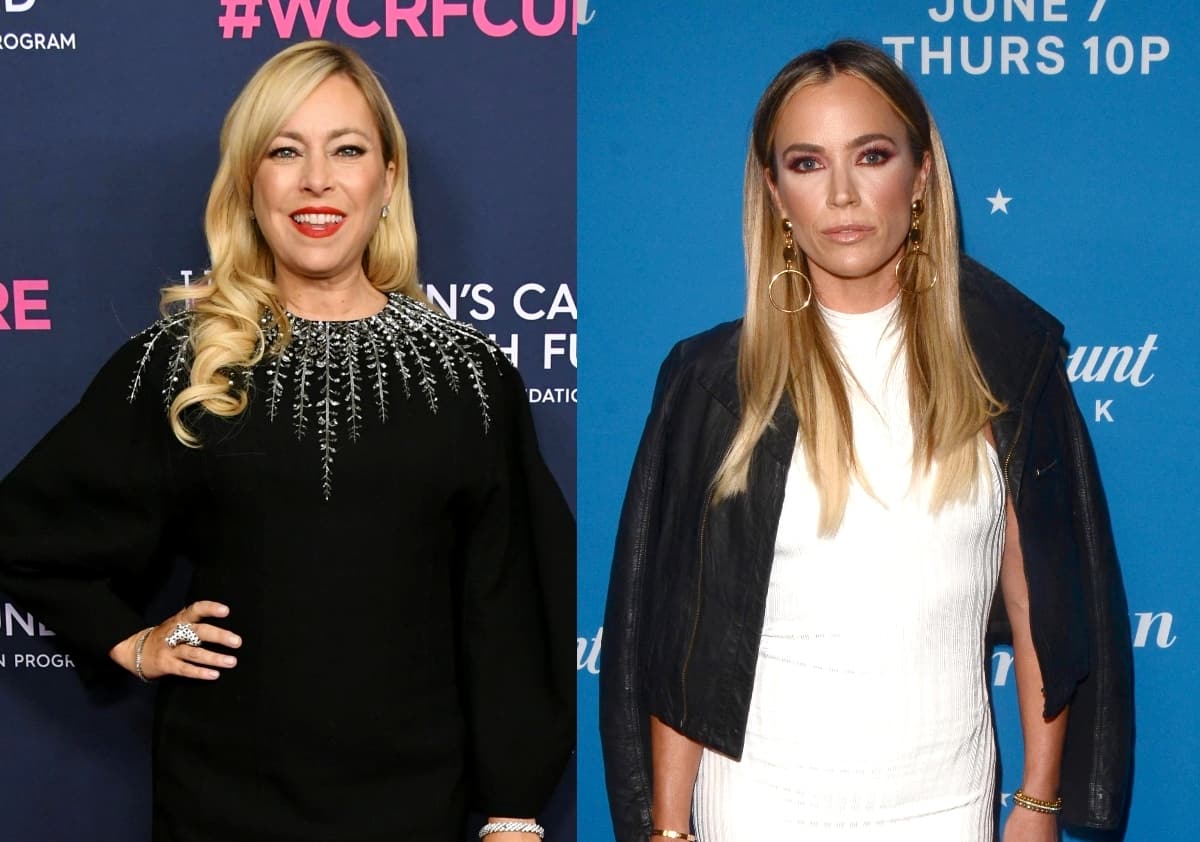 Sutton Stracke wants fans to know that she didn’t sit around and study the Real Housewives of Beverly Hills before joining the cast for season 10 last summer.

After Teddi Mellencamp accused her of researching what fans had said about the ladies of the show in the past against them during filming, Sutton fired back at her co-star’s claims before looking back on the moment she made her cry and revealing which cast member she’s closest to and which she found to be the most fake.

“I have three children and I don’t have time to [study RHOBH],” Sutton explained during a May 6 appearance on Entertainment Tonight. “That is the furthest from the truth and a little bit offensive to me. I didn’t research and I’m only, just now, beginning to understand Twitter.”

Although Sutton didn’t appreciate Teddi’s claim regarding her supposed research, she did say she was regretful about the way she upset Teddi at Kyle Richards‘ dinner party on last week’s episode.

Sutton also said she was “glad” she went to Teddi’s All In event on this week’s episode of RHOBH, which featured the two of them making up.

Looking back on her early moments with the cast, Sutton said she connected with Kyle the most and the fastest.

“There was something about [Kyle] immediately that I liked. She likes to laugh [and] I think she kind of gets my jokes,” she said, adding that she “really [likes] her.”

On the opposite side of the spectrum, Sutton said it was Dorit Kemsley who she didn’t hit it off with after being asked which of her co-stars seemed the most “fake” in the beginning.

“I think it was Dorit and I thought that was the person I was going to have the most in common with,” Sutton revealed. “We just didn’t get that bond immediately and we didn’t have time one-on-one.”

“The challenge was Dorit,” she added.

The Real Housewives of Beverly Hills season 10 airs Wednesdays at 8 p.m on Bravo.