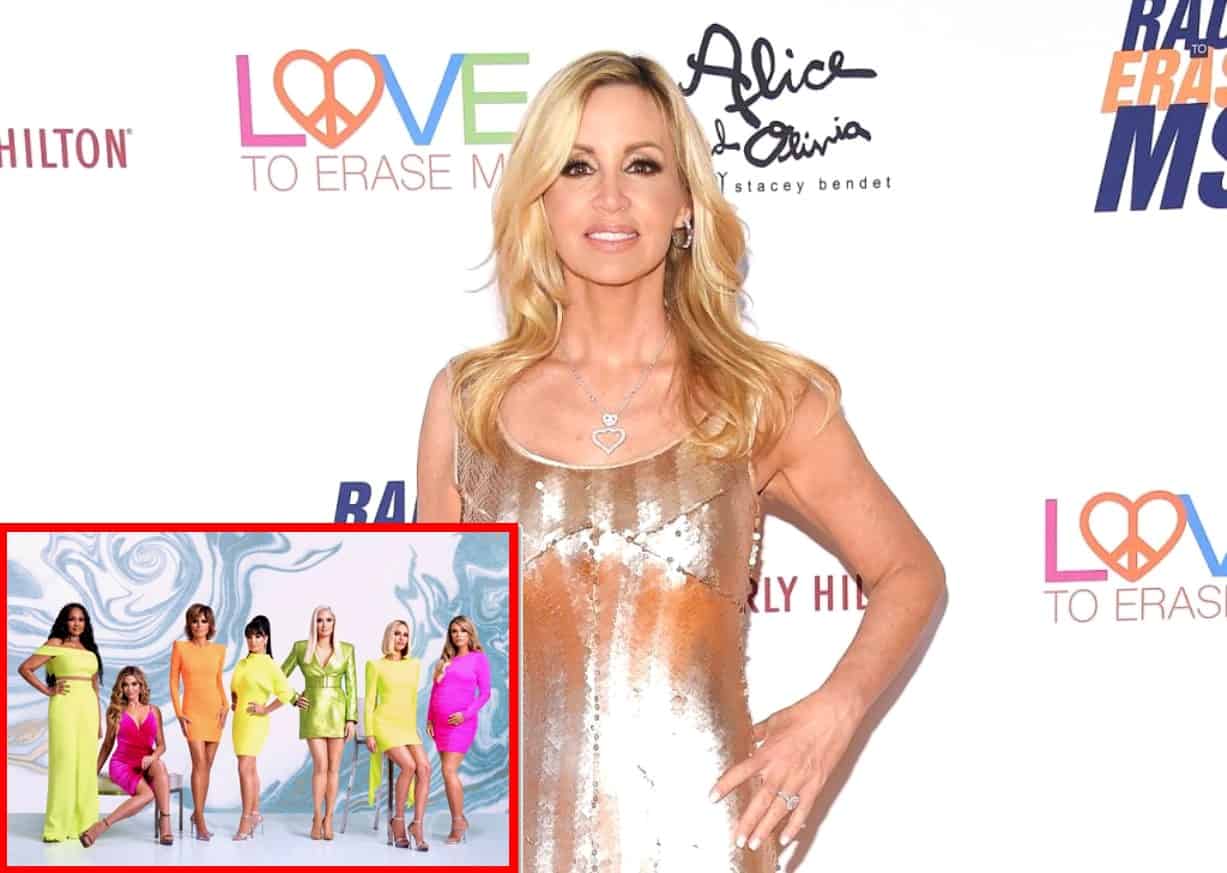 Camille Grammer opened up about her time on The Real Housewives of Beverly Hills on Twitter.

Following the latest episode of the show, which featured a tense dinner party amongst her co-stars, Camille responded to a conversation between fans in which Kyle Richards was labeled as a snake and admitted she was trying to keep her castmates honest during season nine before suggesting the ladies’ friendships aren’t genuine.

“My most unpopular opinion is that Kyle Richards is, and always has been, a snake and an insufferable housewife,” a fan wrote on May 7.

“Camille said everything the viewers were thinking and saying while watching last season – in real time,” a second fan agreed. “She was trying to keep them truthful without becoming their target which is hard coz we’ve seen what that’s like when they do target someone.”

In response, Camille let the fan know he was exactly right about her motives. 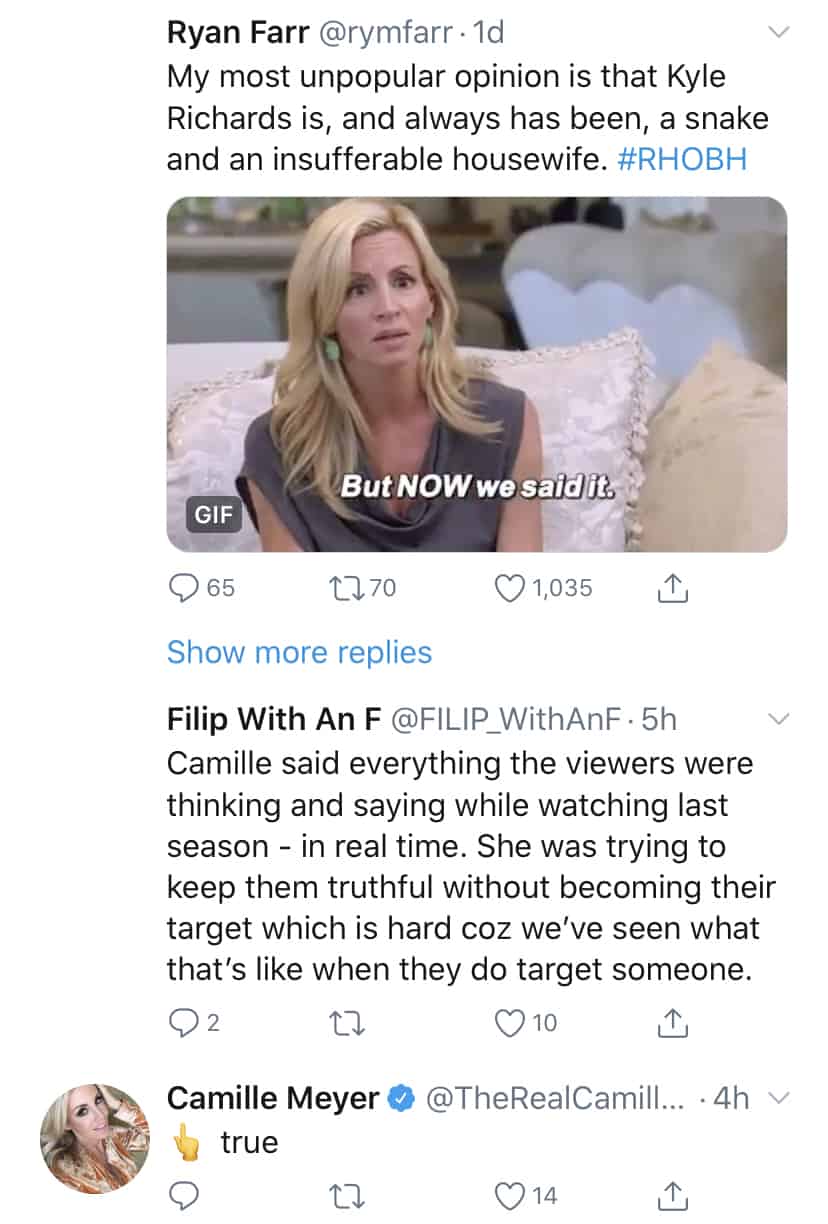 In another tweet, Camille hinted that her RHOBH co-stars are only friends with one another because they have common enemies.

“It does!” Camille replied. 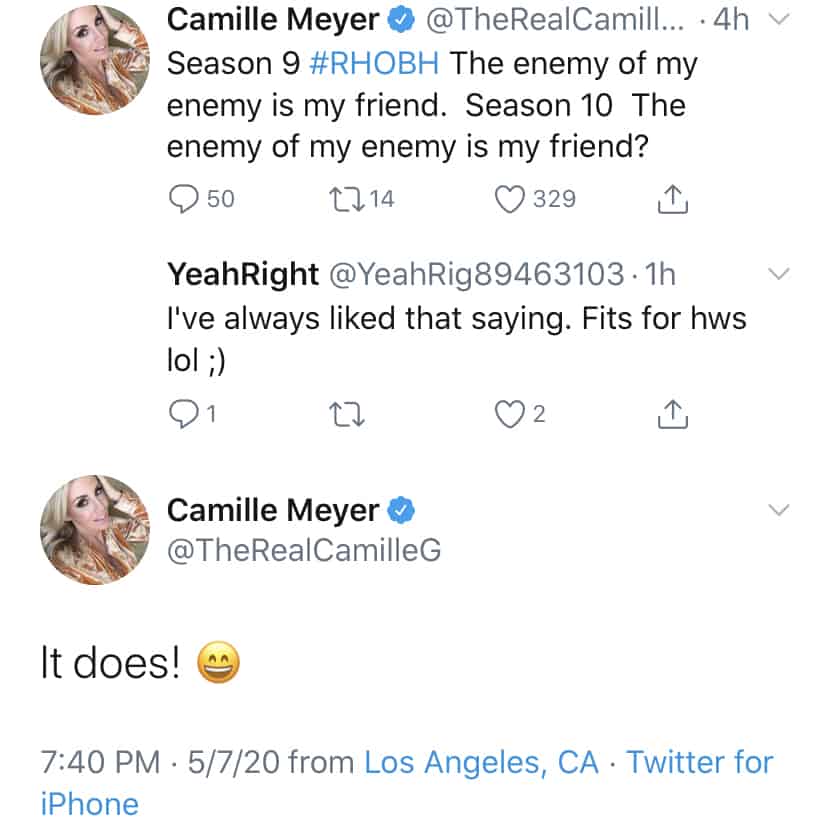 As fans of RHOBH will recall, the ladies of the show were accused of ganging up on Lisa Vanderpump during season nine and after Tuesday night’s episode of season 10, Kyle suggested it was she who was being targeted by the ladies.