Home Vanderpump Rules Does Vanderpump Rules Star Ariana Madix Regret Hooking Up With Lala Kent? Plus, She and Tom Sandoval Talk ‘Regrets’ as He Reveals if He Wishes He Had Never Dated Kristen Doute

Does Vanderpump Rules Star Ariana Madix Regret Hooking Up With Lala Kent? Plus, She and Tom Sandoval Talk ‘Regrets’ as He Reveals if He Wishes He Had Never Dated Kristen Doute

by Lindsay Cronin May 16, 2020 8 comments
ShareTweetWhatsappPinterestRedditTumblrMailFlipboard 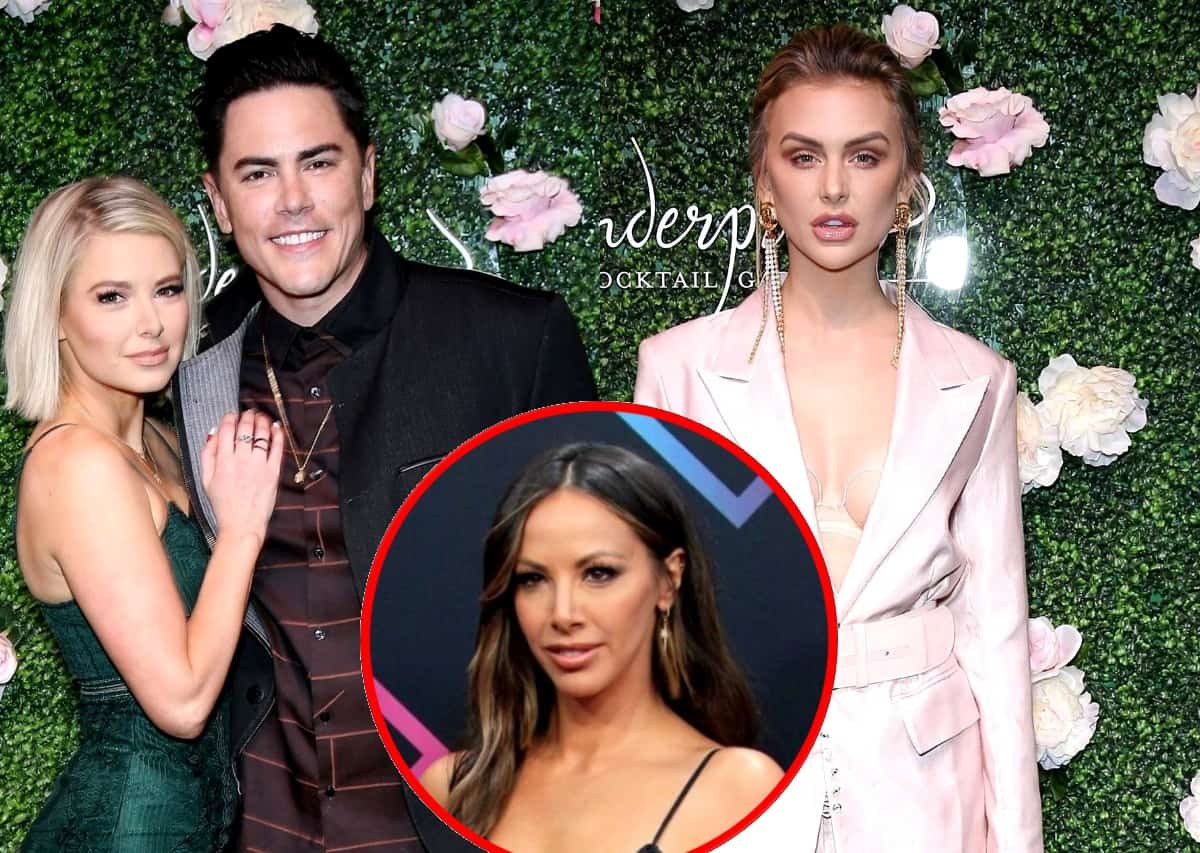 Ariana Madix and Tom Sandoval recently appeared on Watch What Happens Live, where Ariana was questioned by host Andy Cohen about her season seven hookup with their Vanderpump Rules co-star, Lala Kent.

After revealing if she had regrets about her encounter with Lala, Ariana and Sandoval discussed their past life in Kristen Doute‘s apartment and his former romance with her before sharing their thoughts on the many chances they gave to James Kennedy as he struggled with addiction during past seasons of the show.

“Ariana, do you regret dipping in the lady pond with Lala and then her telling everyone about the encounter?” Andy asked during the episode.

“No, actually Tom told everybody,” Ariana clarified, noting that she doesn’t regret her hookup with Lala. “You know, no.”

“I regret doing that,” Sandoval added of his role in the on-screen drama he created after the ladies got handsy in the back of his car.

Ariana was then asked if she wished she didn’t have to live in the apartment Sandoval and Kristen once shared for so many years.

“No, because that allowed us to be able to afford a really amazing home now,” she replied, giving a nod to the $2 million home she and Sandoval bought in Valley Village last year.

As for potential regrets about his relationship with Kristen, Sandoval said he had none.

Sandoval also told host Andy that he had no regrets about the effort he put into Jax Taylor and Brittany Cartwright‘s Kentucky wedding.

“I enjoyed doing it and I think it just added to the moment. I enjoyed hosting so no, I don’t,” he explained.

Also during the WWHL episode, Ariana and Sandoval were asked if they regretted giving James so many chances before he got sober last summer.

“No, because look at him!” Ariana exclaimed.