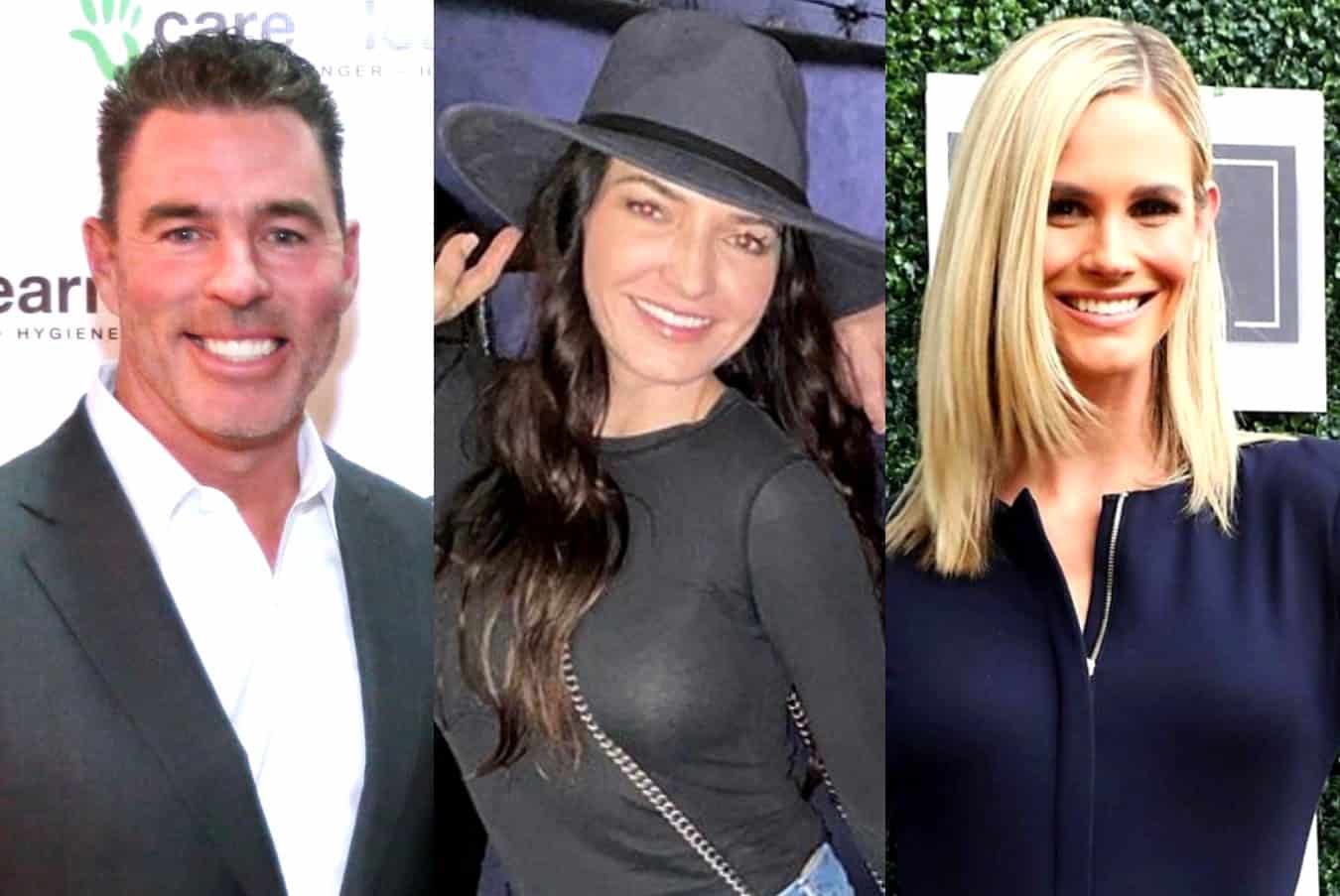 Jim Edmonds had the “best day” he’s had in a “long time” with girlfriend Kortnie O’Connor and his kids on Sunday.

After his ex-wife, former Real Housewives of Orange County cast member Meghan King Edmonds, returned to Missouri from Los Angeles with three-year-old Aspen and twins Hayes and Hart, who turn two-years-old next month, Jim and Kortnie enjoyed a day inside with the children.

In the caption of the first video Kortnie shared of Jim and Meghan’s son Hayes, which was taken in the kitchen of Jim’s massive home in St. Louis, the model-turned-realtor told her Instagram followers that the child “loves to vacuum.” 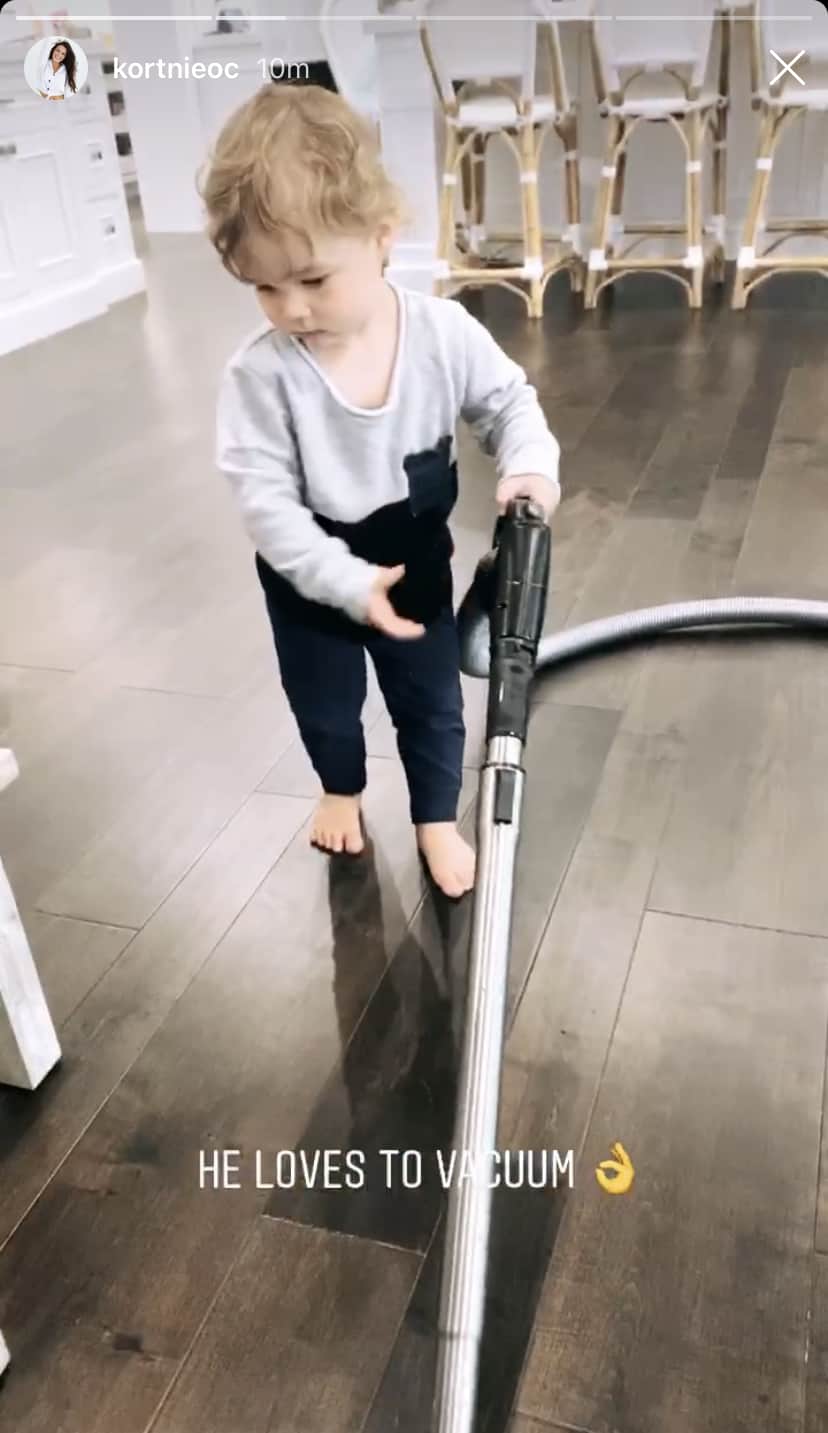 In her second clip, Jim and Meghan’s daughter, Aspen, was seen sitting at the island in his kitchen. 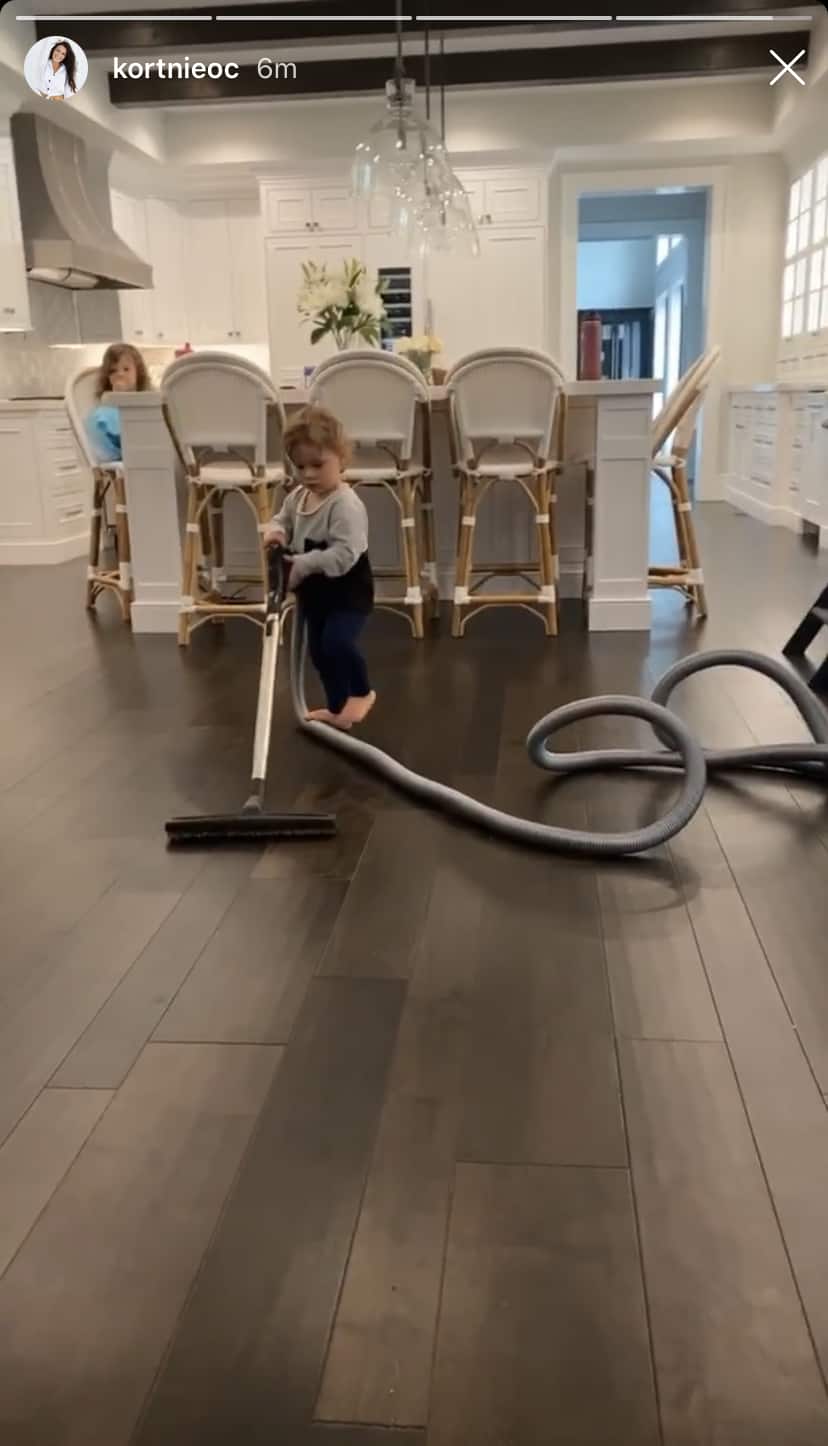 In addition to the video clips Kortnie shared, Jim also shared a number of images of his children on his page. This includes one photo that featured Kortnie, who he went public with in April, holding his son Hart, who suffers from a neurological disorder, in his bowling alley.

“Hart is thinking about it,” Jim wrote in the caption. 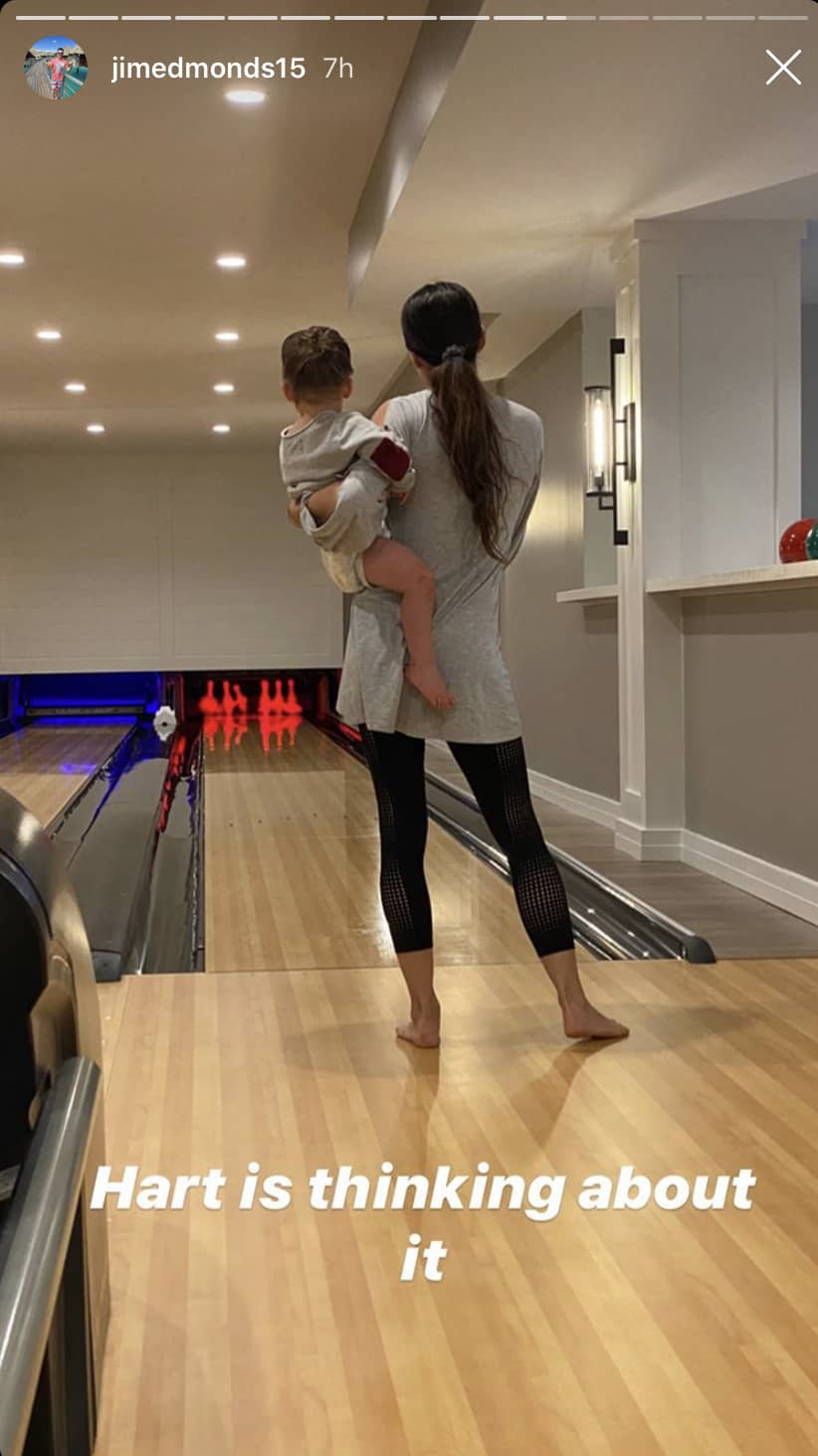 Following their bowling fun, Jim returned to his social media page and shared a message with his fans and followers about how much his children have grown.

“They are getting so big and so much easier to handle,” he said. 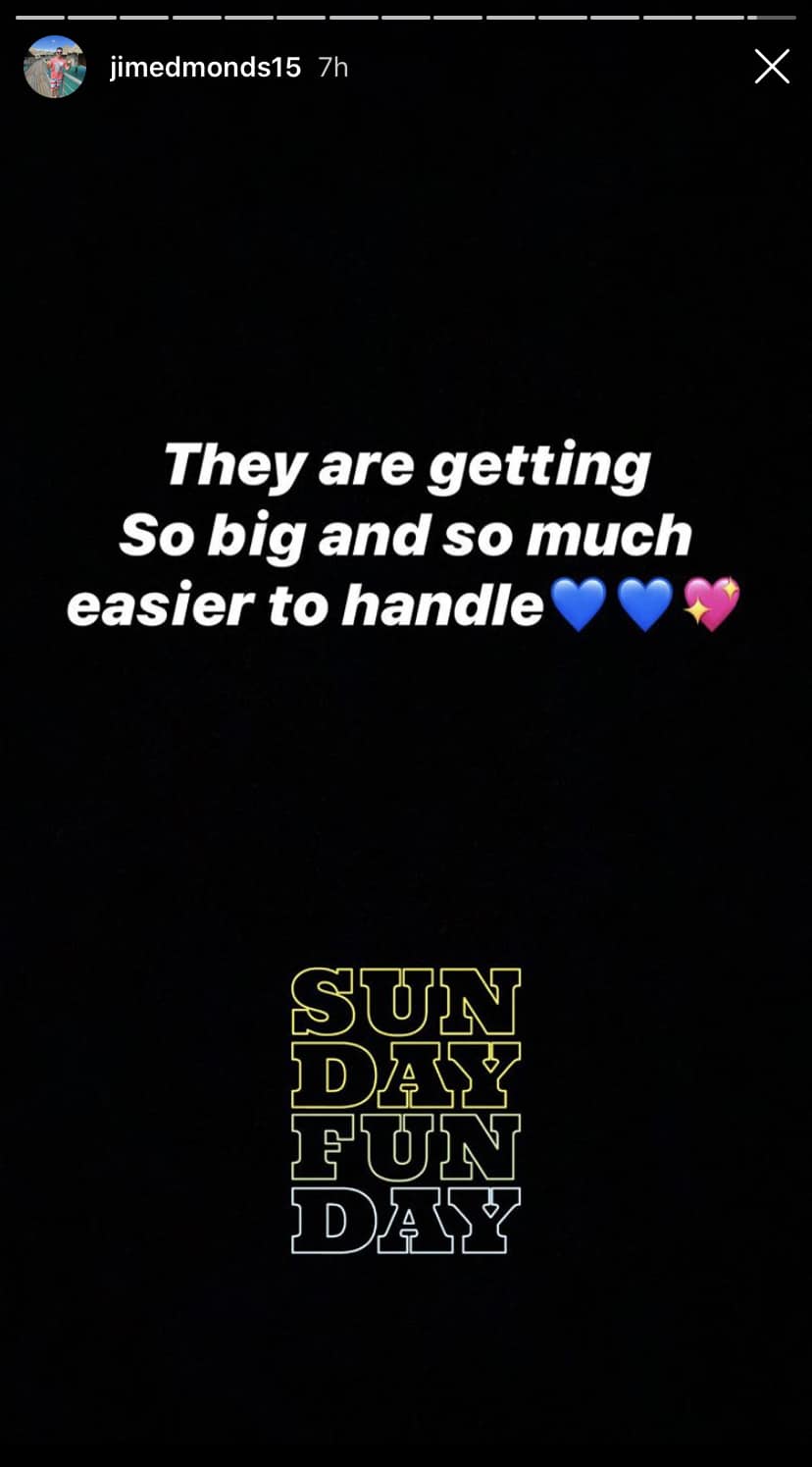 Jim’s post came just days after Meghan shared an emotional blog post titled, “Diary Of A Single Mom In Quarantine… & It’s Not Pretty,” in which she opened up about being quarantined for nine weeks with their three children. She compared the stay-at-home order to “house arrest.”

“I forgot what silence sounds like. My kids scream non-stop. They can’t verbally communicate well, even though cognitively they know what they want. And my house doesn’t have carpet—so there is nothing to muffle the sounds as they reverberate off every wall,” she wrote. “There is nowhere to hide from the constant screaming. Not even the bathroom is safe.”

Don’t mind me over here just doing the best I can. 👊🏼

“I don’t have a yard. There is no enclosed, outdoor space for my kids to run and play and burn off some of that toddler energy. And I’m going crazy,” she continued. “Yes, I am incredibly fortunate… but I’m still going nuts. Because I’m still a mom: a working mom. I’m going through a divorce: a messy, public divorce. And I have three small children: one of whom has a disability. This is my personal experience and, well, it’s really hard.”

Since Jim filed for divorce from Meghan in October of last year, the two of them have been at odds over custody and child support.