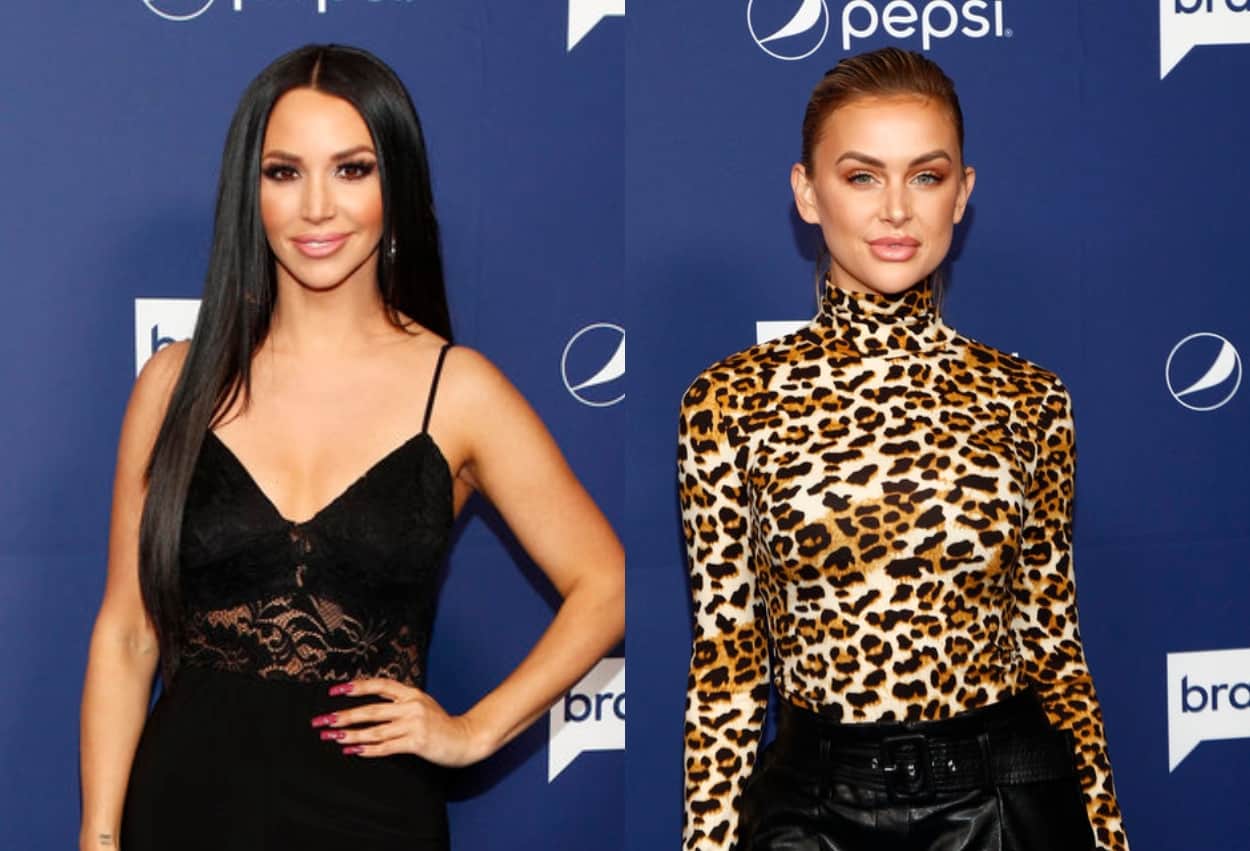 After agreeing that her co-star has changed since joining the Vanderpump Rules cast in 2015 for season four, Scheana slammed Lala’s “better than you attitude” before taking aim at her harsh behavior and explaining why she feels that Katie Maloney treated Kristen Doute worse than Stassi Schroeder amid their feud.

After being asked which of her Pump Rules co-stars let fame go to her head on the Behind the Velvet Rope with David Yontef, Scheana named Lala.

“Lala. Because she has that I’m better than you attitude. And she didn’t come on the show with that attitude. She came on as a girl who gave no f**ks and wouldn’t back down but was such a sweetheart,” Scheana explained on the May 27 episode.

While Stassi used to be known as “the b***h of the show,” as Scheana alleged, Scheana believes she’s grown over the past few seasons.

“The thing with Stassi is she’s a very selfish person, which she admits, but she’s not mean and hurtful the way she used to be. I feel like she’s grown a lot and is more genuine. She still can be a b***h but I don’t think she’s like, ‘I’m so famous.’ She appreciates everything she’s been given,” Scheana said of Stassi.

“I wish Lala could be more like that because she comes off very harsh and it hurts my feelings because I’ve never been anything but nice to her,” Scheana continued.

Most recently, Lala targeted Scheana on a Pump Rules: After Show by suggesting “there’s nothing interesting about watching a 34-year-old who wears crop tops and a sl**ty Jojo Siwa ponytail doing the same thing over and over.”

“I see what she says about me on the After Show and in interviews and it’s just like, I don’t know what to believe because I feel like she’s more real when she’s talking sh*t about me than when she’s being nice,” Scheana said in response to her co-star’s comment.

As for her thoughts on the ongoing saga between Kristen, Stassi, and Katie, which was prompted by the ups and downs of Kristen’s since-ended relationship with Brian Carter, Scheana said she sees both sides.

“I see where [Stassi and Kristen] are coming from where they want Kristen to be happy and stop complaining, but at the same time, that’s her life and your job as her friend is to listen to her complain. Don’t just say, ‘I’m sick of hearing you,’ and then drop her when she needs friends the most. I empathize with her completely,” Scheana noted.

“I think Katie is a little harsher. I saw Stassi really trying and Katie was like, ‘I’m over it. I’m done trying,’” Scheana recalled.

As the ladies continue to battle back and forth, Scheana said she’s in a “pretty good” place with all three of her Pump Rules co-stars, even though Stassi and Katie have talked poorly of her in recent interviews.

“I think it’s just transferred more from a super close, talk on a weekly basis friendship to more surface level but I’m okay with that. Yeah, they’re mean behind my back on the After Shows and stuff, but to my face, we have so much fun,” she shared.