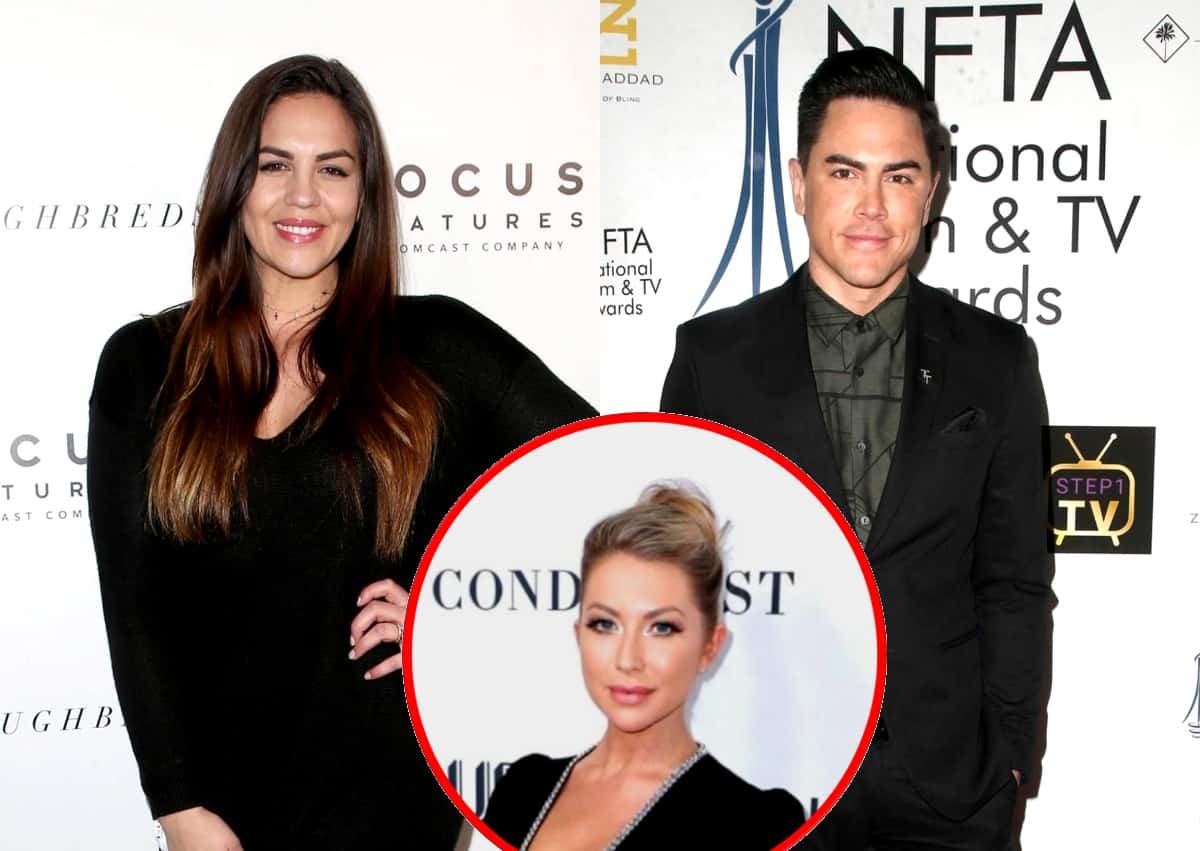 Katie Maloney is calling out Tom Sandoval over what she claims is years-old jealousy regarding Stassi Schroeder‘s success.

Before Sandoval looked back on his book party feud with Stassi, describing the Vanderpump Rules season eight event as one of the most “embarrassing” and “catastrophic” moments of his life, Katie blamed Sandoval “entirely” for the drama between them as her husband, Tom Schwartz, attempted to defend his behavior.

“What he did was completely out of line. That was not her fault. It was entirely his fault,” Katie said on the Pump Rules: After Show of the drama between Sandoval and Stassi. “This has been [Sandoval’s] issue with Stassi for years and years and years. It’s a jealousy thing.”

Although Katie suspected Sandoval acted out of a place of jealousy, her husband disagreed.

“That was not fair to say. I was upset with Tom, clearly. But to say that he was doing it out of jealousy is not cool,” he claimed.

“It’s also like a dig because they know me. They know that would be my biggest fear… to be [jealous],” Sandoval replied.

After Sandoval sent a text message to Stassi on the night before her event to warn her that her party would likely be understaffed, and to threaten to ban her from TomTom if she dared to complain, the two of them engaged in a screaming match in TomTom‘s bar area. And while Schwartz pointed out that Sandoval’s behavior was likely taken as jealousy because his text to Stassi felt “personal,” Sandoval said he was simply frustrated that he wasn’t informed about the details of the event ahead of time.

“I basically said, ‘I don’t know what’s going on here. We don’t have bartenders. I don’t know how this is going to happen. I’m freaking out. Do not put this on me,'” he explained. “I know I totally screwed up sending that text. Thousand percent. Misdirected. But it wasn’t necessarily a rage text. It was a drunken stress text and scare text.”

Although Sandoval claimed his issues with Stassi were based around the idea that he was unable to prepare for her event because he was not given enough notice, Katie insisted that he knew about Stassi’s book party well in advance.

“I had a conversation with him about it at my house days before. He was talking about cocktails for her book party. He knew everything about it. He had an issue with her,” she confirmed.

Looking back on his heated argument with Stassi, Sandoval admitted he’s still upset.

“It was honestly one of the most embarrassing, catastrophic experiences I’ve ever had in my entire life and I still think about it on a daily basis,” Sandoval admitted of his dramatic encounter with Stassi. “We’re talking, like, the biggest public beatdown. You belittle me outback, call me a piece of sh*t… She was one of five people that came and yelled at me that day in the middle of TomTom in front of customers.”