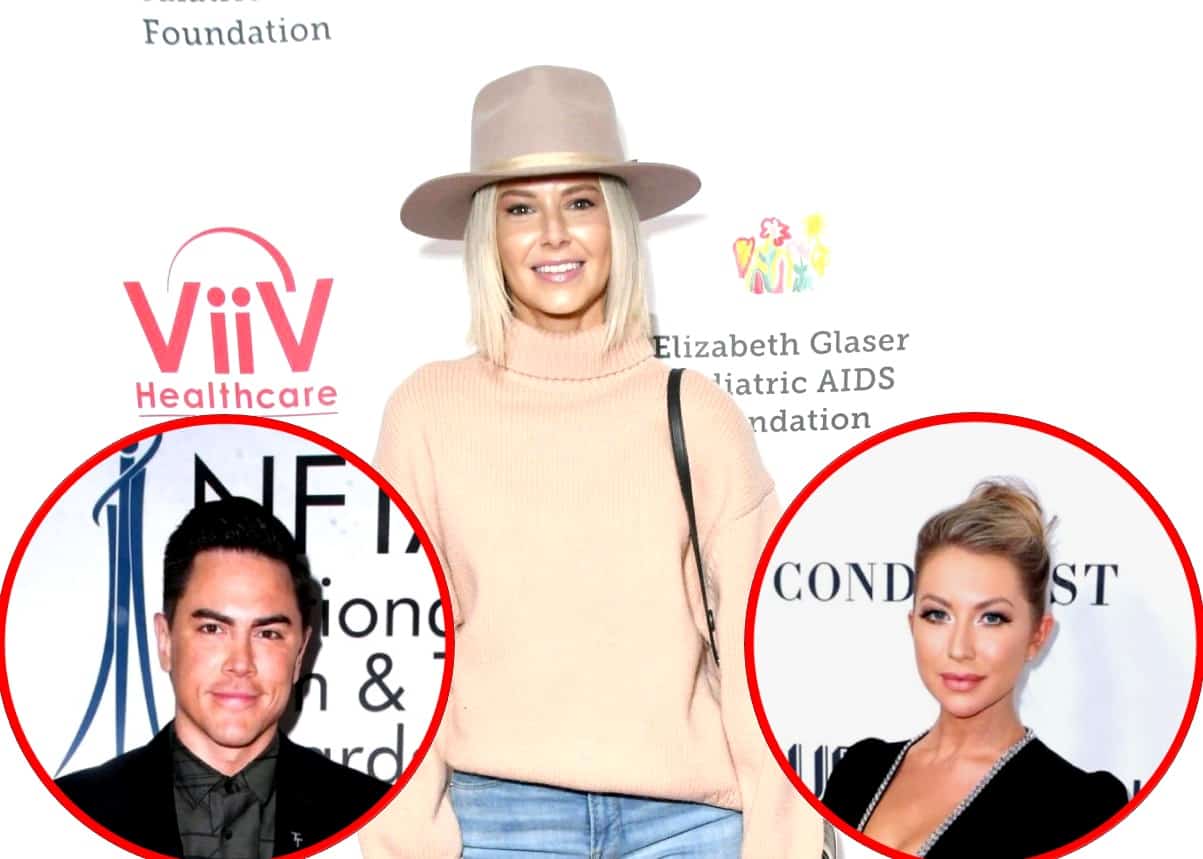 During a new interview, Ariana opened up about her thoughts on leaving the show before addressing the recent on-camera encounter between her boyfriend, Tom Sandoval, and their co-star, Stassi Schroeder, and revealing what viewers didn’t see during Stassi’s book launch.

“There’s one [moment] this season that you saw in the preview that I literally openly was just like, ‘I can’t do this anymore.’ There’s been a few [times I considered quitting],” Ariana admitted on The Daily Dish podcast. “I feel like what ends up happening is that if I’m watching the show, in the moment, I’ll feel a certain way. And then seven months later, the show’s airing and something will just feel worse when it comes back because maybe that person you’re confiding in said something sassy in their interview and you’re like well, f**k you, man… That sucks.”

In addition to unwelcome surprises from her Pump Rules cast members, Ariana said she also struggles with the opinions of the millions of people she deals with online. As she explained, her social media critics don’t know her or anyone on the show and while she appreciates them tuning in, their comments are often a “little intense.”

“And those are the moments that I’m just like… but then I think about it and I’m like, ‘Oh, the good far outweighs the bad.’ And I honestly feel like instead of being frustrated with the status quo of a situation, I feel like I’d rather stick in the situation and change it… Change the way people feel,” she explained.

Although many have assumed that Ariana sided with Sandoval during his dispute with Stassi, Ariana said during this week’s podcast that she never took his side and didn’t understand why anyone would assume such a thing.

“I was the person who told him not to contact her the night before. I was definitely not on his side when it came to texting Stassi. Not at all,” she confirmed.

That said, Ariana believes Sandoval had a right to be upset about how the preparation of Stassi’s book party was handled.

“This is what happens with Tom. Tom has a really fair, good point and something he needs to get across but then his emotions take over and no one cares what he has to say. It’s like that gets lost,” she explained. “There were some very serious issues with that event but that was not on Stassi. That was on [Tom Schwartz]… There was a lot of miscommunication and things that didn’t go through the proper channels in the way that things normally would get planned there.”

“That’s why when Schwartz and [Katie Maloney] were saying all that stuff, that’s why I was laughing,” Ariana continued.

Ariana then said that there was a lot that viewers didn’t see of Stassi and Sandoval’s dispute and noted the drama “went on for a really long time” and involved more cast members than fans realized.

Ariana also revealed that while she brought her copy of Stassi’s book to the event, she was unable to get it signed.