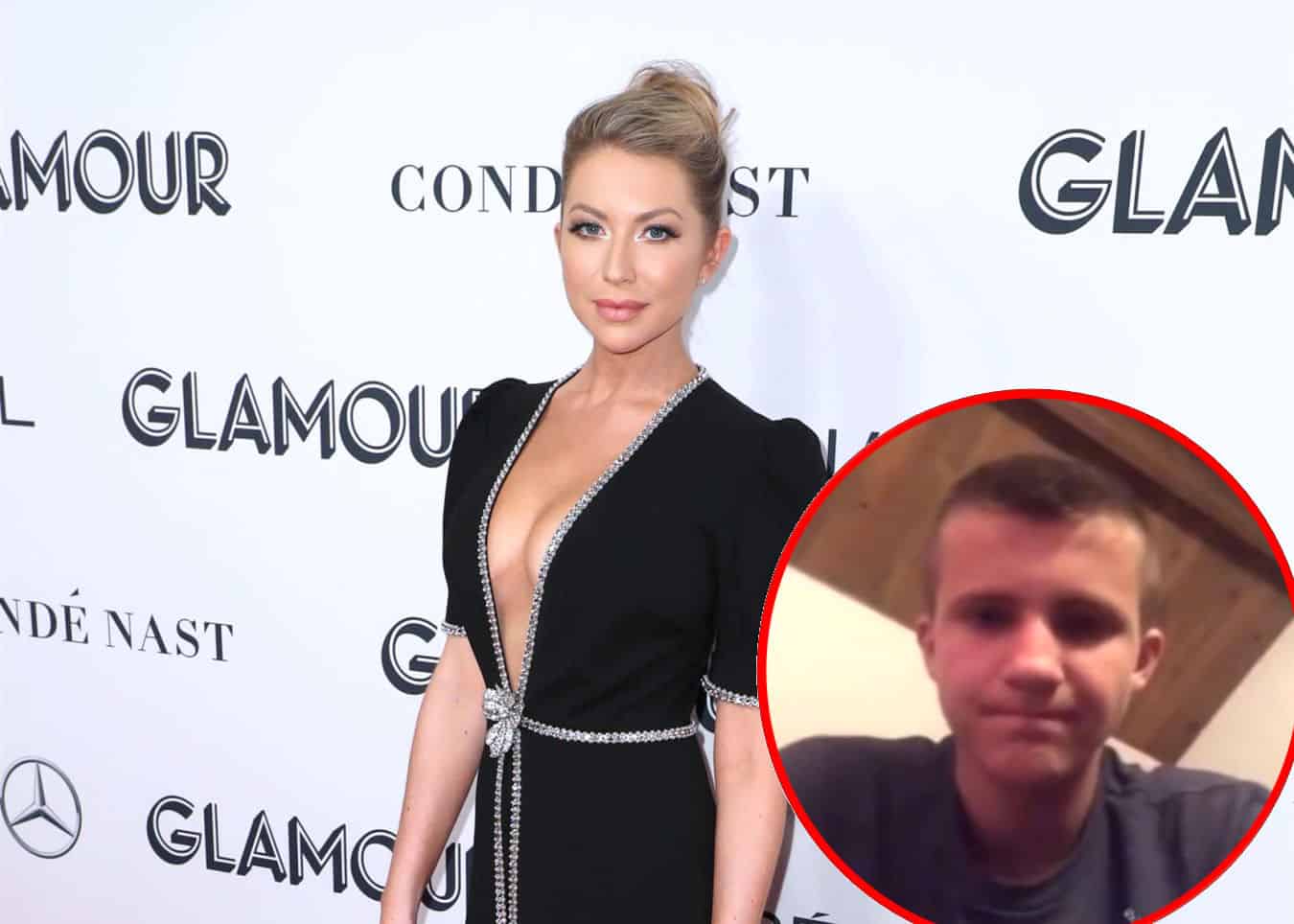 Stassi Schroeder‘s younger brother, Nikolai, took to his Instagram page on Tuesday night to defend her against allegations of racism and beg for her to get a second chance after being fired from Vanderpump Rules.

In a since-deleted Instagram Story, the 15-year-old addressed Lisa Vanderpump, the show, and Bravo as he applauded Stassi for her “loving” demeanor while asking for another chance and help from Stassi’s former co-star, Faith Stowers. Plus, Brett Caprioni, who was also fired, released a statement.

“This goes out to Lisa Vanderpump, Vanderpump Rules, Bravo, anyone that has been involved with Stassi getting fired,” Nikolai began. “I want everyone to hear me out because my sister is one of the most loving people you will ever meet in your life.”

After noting that Stassi was deeply sorry for the comments she’s made in the past, Nikolai said he was “desperate” to see his sister succeed and “go as far as she can.”

“I’m asking for another chance for her, and she’ll show everyone how good of a person she is and how much she cares about everyone,” he begged. “She likes entertaining people. That’s why she does all this TV stuff. And I know a lot of people aren’t probably going to listen to me but… My family is heartbroken from what’s been going on with her.”

“Everything is being taken away from her,” he added.

Nikolai then addressed Faith, who Stassi once tried to get arrested for crimes she did not commit, directly in an effort to convince her to help Stassi get back her role on Pump Rules.

“Faith, please, is there any way that she can fix anything or do anything that can benefit both of you guys to get her career back and to make you live the best life ever?” he asked. “Is there anything that we can do for you? Please. I don’t want to see my sister like this anymore or my family.”

In other Pump Rules news, Brett released a statement on Wednesday morning after being fired from Pump Rules due to his racially-charged past tweets.

“While I’m disappointed to no longer be part of the cast, I respect Bravo’s decision,” the SURver said in an exclusive statement to Us Weekly. “I continue to be truly sorry for the insensitive comments I made in the past and have worked within my community to repair the damage I’ve caused. I have learned a lot and grown from the experience but understand that it’s not enough. I will continue to do more regardless of my affiliation with VPR because it’s the right thing to do.”