Tamra Judge Says ‘People Needing Subtitles’ Shouldn’t be on RHOC as She Criticizes Ex Costar Peggy Sulahian, Accuses Emily of Being “Dead Weight” and Explains Why Shannon is Good for Show 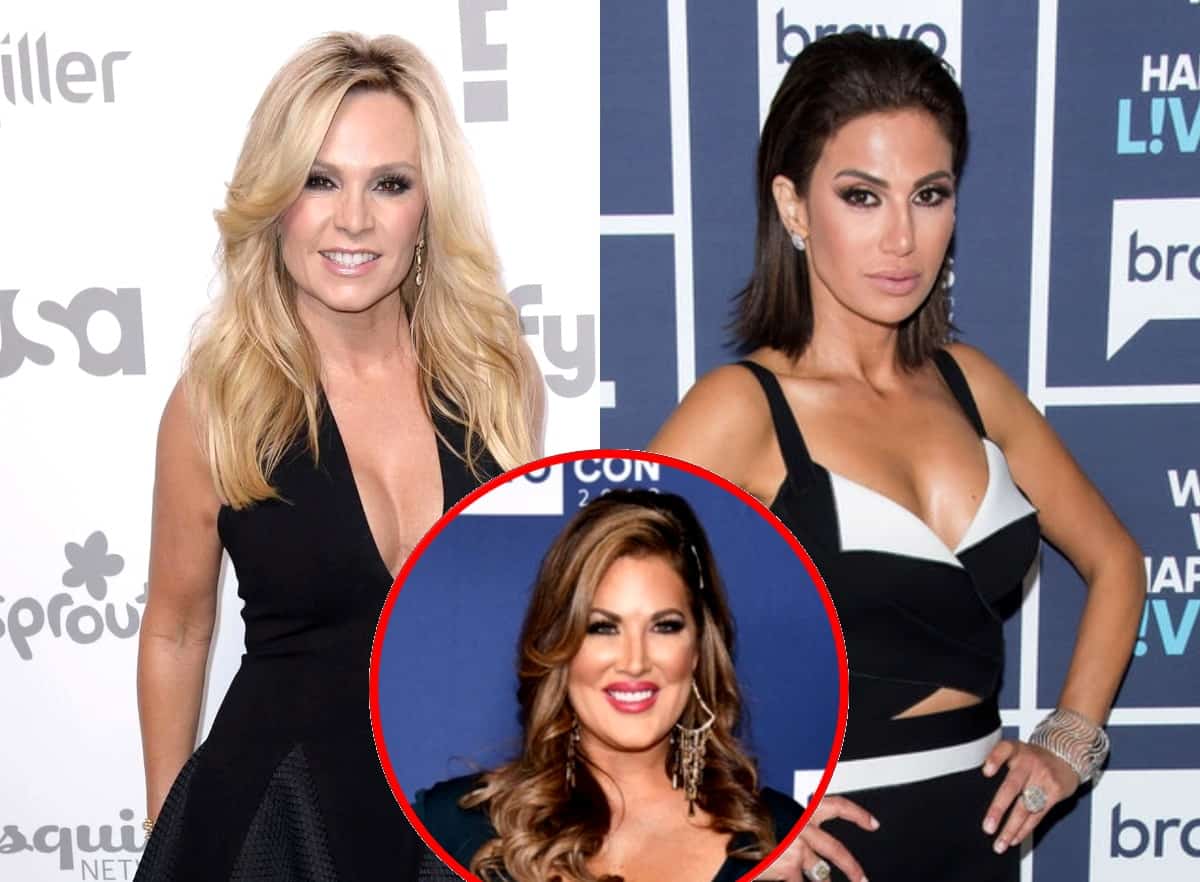 Always one to speak her mind, former Real Housewives of Orange County star Tamra Judge has a lot to dish as she shares her thoughts on former co-stars Peggy Sulahian, Emily Simpson and Shannon Beador.

In a new interview, the ex-RHOC housewife is sharing HER OPINION on numerous topics, often discussing what makes RHOC great and what (or who) makes it not so great.

Tamra, who earlier this week called for Kelly Dodd to be fired by Bravo over what she alleges is racism, first took a shot at her former RHOC co-star Peggy. Peggy, who was born in Kuwait to Armenian parents and has an accent, left the RHOC in 2018 following just one season.

“Anyone you have to subtitle should not be on the show. That’s what I feel,” Tamra stated on Behind the Velvet Rope podcast with David Yontef when asked about former castmate Peggy. “If you can’t understand what they’re saying, that’s difficult. I think she was nice, but I just don’t think she was good TV. It does not mean you’re a horrible person, it just takes a certain personality.”

The CUT Fitness owner also went on to criticize how production seems to “have a really hard time getting it right” in terms of casting, assessing who’s all still on the current cast.

“I love Gina [Kirschenheiter] to death, but Gina’s a New Yorker,” Tamra remarked. “Emily just doesn’t belong on the show, doesn’t fit in. Kelly… I don’t even know what to say about her right now.”

She went on to claim that while Gina might have been a good new addition, Emily brings the show down as she doesn’t bring the heat to the table.

“I think Emily [is] dead weight on the cast. Two years … usually your first year you get a break […] but I don’t know,” Tamra stated. “I think Gina speaks her mind, she’ll be honest and speak her mind. She’s not gonna play these little games and she’s not afraid of anybody. [Whereas] Emily was always really nice to our face, but then she’d get in her confessionals and say things. It’s like, well, wait a minute … a good housewife says it to your face, not just behind a camera.”

Tamra went on to explain how that doesn’t make Emily a bad person, per se, just not a good fit for reality TV.

“I just don’t think there’s a whole lot of interesting stuff going on there,” she said. “That doesn’t mean she’s a bad person at all, I just feel like some people are made to be on TV and some people are not, you know? Sometimes saying like, ‘She’s not good for reality’ might mean she’s just a little too normal.”

Echoing that idea, the mother of four emphasized the importance of being as real as possible for these shows, sharing how that’s a quality that ultimately makes Shannon ideal for the franchise.

“I don’t produce myself. I feel like there’s a lot of people on the show who produce themselves and only want their selves to be seen in a good light. They want their life to look perfect and people don’t want to see that,” she shared. “People loved when Shannon pulled her shirt up and showed her stomach, because that’s real life, that’s what people are dealing with.”

Although Tamra may not be speaking to Shannon at the moment, she still believes her to be a good reality TV star, considering how real she’s willing to be.

“It just takes a certain type of person. I think Shannon’s really good on the show because she does let it all out. She says it and she does it and she shows it,” Tamra stated.