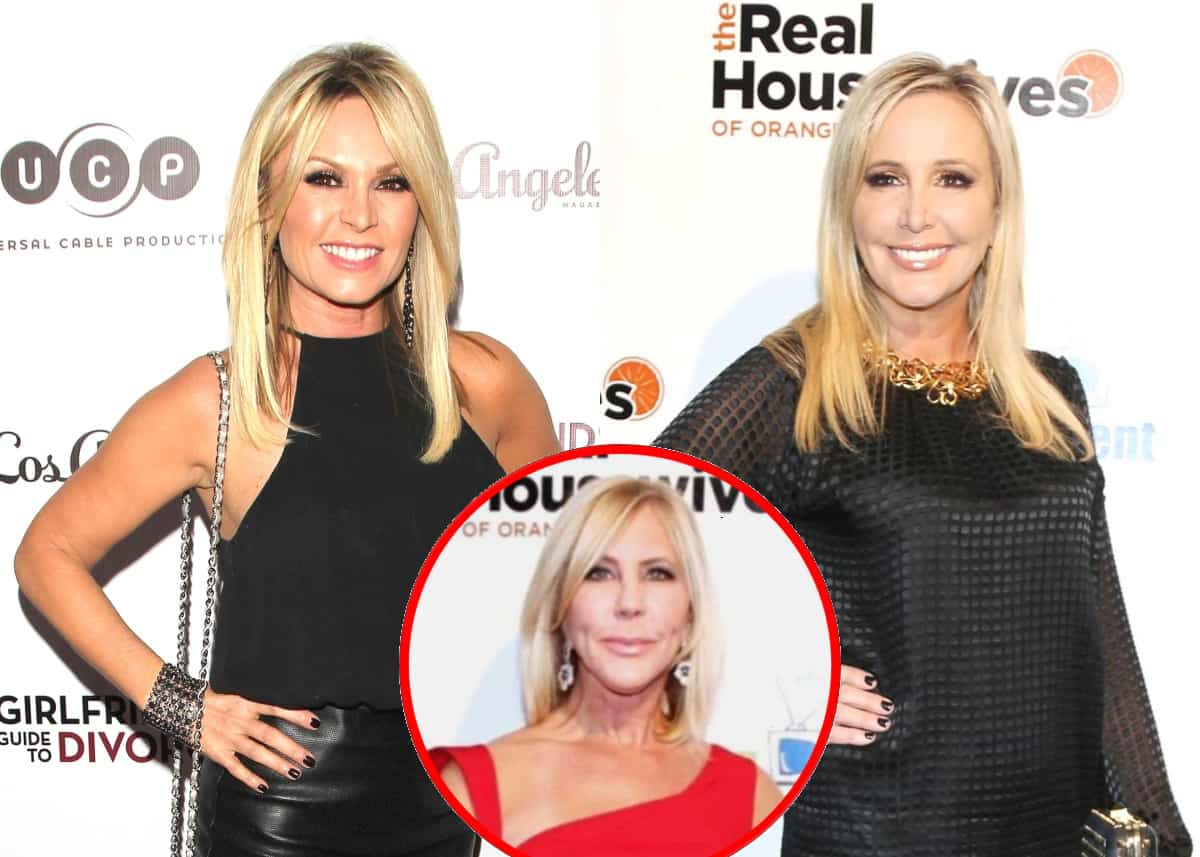 Tamra Judge slammed her former best friend, Shannon Beador, during a “girls’ night out” with Vicki Gunvalson and others at the Five Vines Wine Bar on Thursday night.

After questioning whether or not Shannon was ever a true friend, the former Real Housewives of Orange County star took aim at her “vile” ex-BFF after enjoying her night out with Vicki and teased their upcoming show while also facing backlash over their failure to be socially distant during their time at the restaurant.

“Celebrating something exciting,” Tamra teased in the caption of her group photo, also including a hashtag for her and Vicki’s “new show.”

In the comments, Tamra was first confronted by a fan who asked, “No [Shannon Beador]?”

A short time later, Tamra took it upon herself to throw some shade in her former RHOC co-star’s direction.

Following her diss, Tamra reacted to a number of critical messages from her fans and followers.

“Nice social distancing and masks!!” one person wrote. “You’re all part of the problem and not the solution.. thanks, this is the kind of selfish and irresponsible behavior that will keep us all in this pandemic way longer than we needed to. BTW, just copied Orange County Health Department with your photo showing absolute non compliance to orders of social distancing.”

Then, after a second person suggested “social distancing in [Orange County] isn’t important” and compared Tamra’s night out to the recent antics of Kelly Dodd, Tamra had a poignant message. 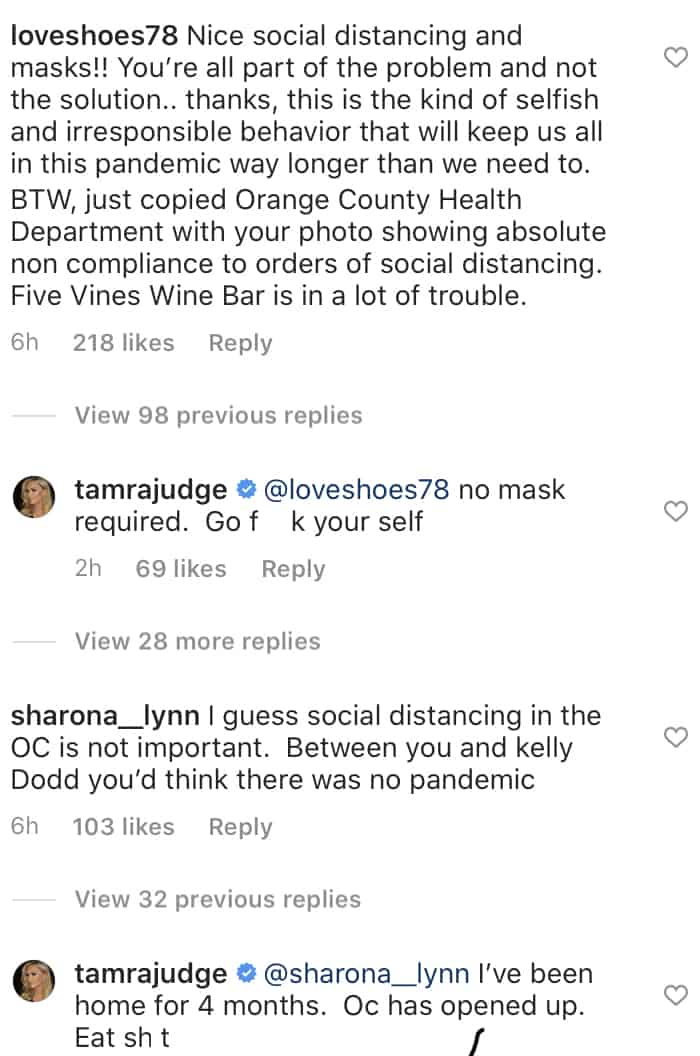 The Real Housewives of Orange County season 15 went into production in February with the returning members of the show and is expected to resume production in July.