Home Vanderpump Rules Scheana Shay Reveals the Biggest Spender of Vanderpump Rules is Stassi Schroeder, Admits Her Relationship With Rob Valletta Was “Embarrassing” and Shares Who She’s Least Close to in Cast

Scheana Shay Reveals the Biggest Spender of Vanderpump Rules is Stassi Schroeder, Admits Her Relationship With Rob Valletta Was “Embarrassing” and Shares Who She’s Least Close to in Cast 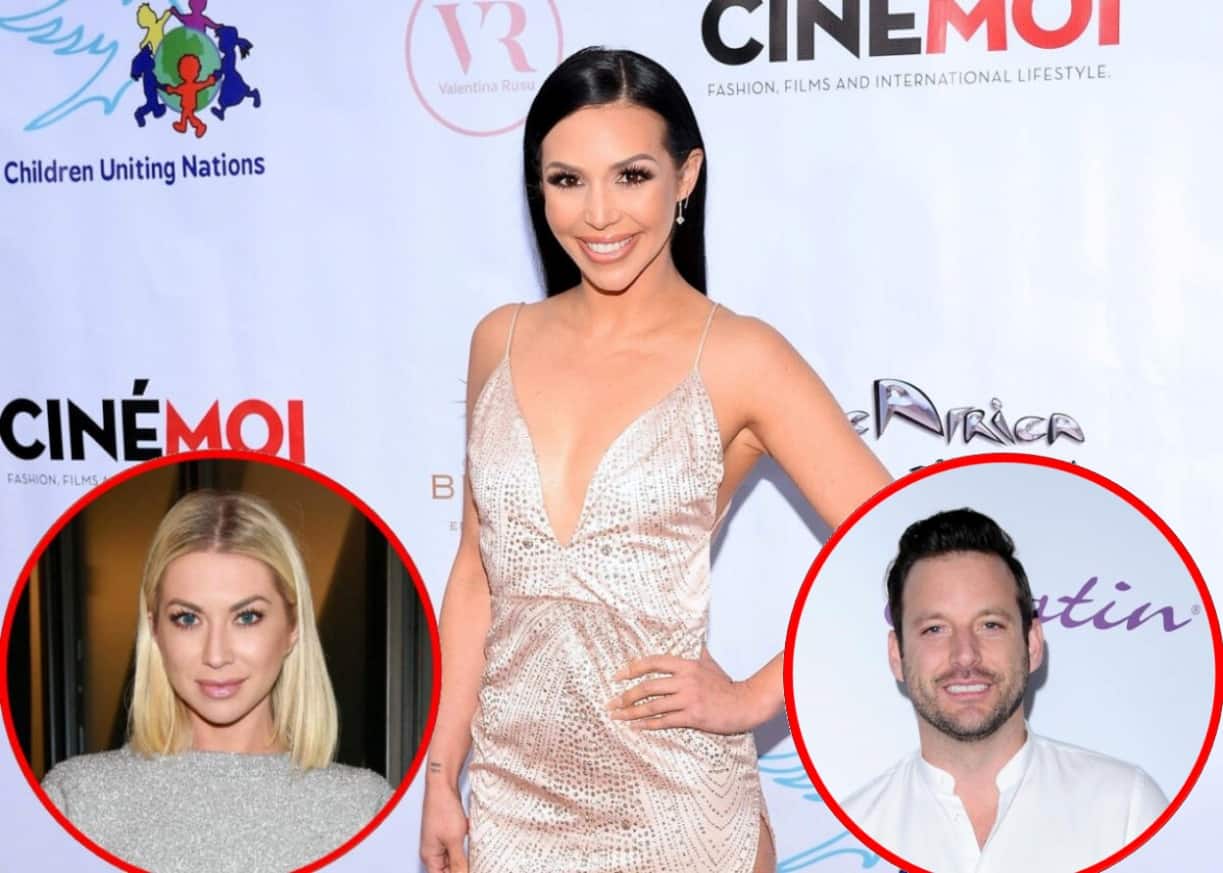 Scheana Shay appeared on a podcast last month, where she named Stassi Schroeder as the biggest spender on the Vanderpump Rules cast and answered a number of questions about her co-stars.

In addition to revealing which of her castmates is the biggest spender and which of her co-stars she is closest and the least close to, Scheana took on the misconceptions she’s been exposed to and admitted that her past romance with Rob Valletta was both “embarrassing” and “cringeworthy.”

“Probably [Stassi Schroeder],” Scheana said on the Behind the Velvet Rope with David Yontef podcast on May 27 after being asked about the biggest spender of the Pump Rules cast. This interview was done before the shocking firing of Stassi and Kristen Doute from Vanderpump Rules.

While Scheana, 34, described herself as “very frugal,” noting that she prefers to spend her money on experiences rather than stuff, she said a number of her co-stars enjoy the finer things in life.

“I know [Ariana Madix], she loves her shoes, like her Louboutins and stuff. I think [Brittany Cartwright] a little bit now. I never really spoil myself like some of the other girls do. I have what I need and nothing else,” she explained.

Although a number of her relationships with her co-stars are constantly evolving as the seasons continue, Scheana said she’s closest to Tom Sandoval, Ariana, Kristen, Brittany, and the new cast members of the show.

As for who she’s the least close to, that honor went to Lala Kent, who she described as flakey.

“We talk and whenever she’s been out in the desert, we’ve tried, pre-quarantine, to meet up and then she always flakes or changes her mind. I still try but I don’t think it will ever get back to where it was,” she admitted.

Scheana went on to say that while there have been a lot of misconceptions about her due to the way she’s edited on the show, the idea that she’s “really desperate” is what frustrates her the most.

“I feel like all of the conceptions are quite inaccurate about me, honestly, but I’ve never been desperate since my divorce for a relationship other than Rob,” Scheana explained. “That was desperate. That was embarrassing. That sh*t was cringeworthy.”

Scheana also explained that when it came to her relationship with Adam Spott, which played out during the seventh season, she was desperate, but not necessarily for a romance.

“Was I desperate for him to love me in the same way I loved him? Sure. But I was also desperate to save that friendship that I messed up,” she shared.