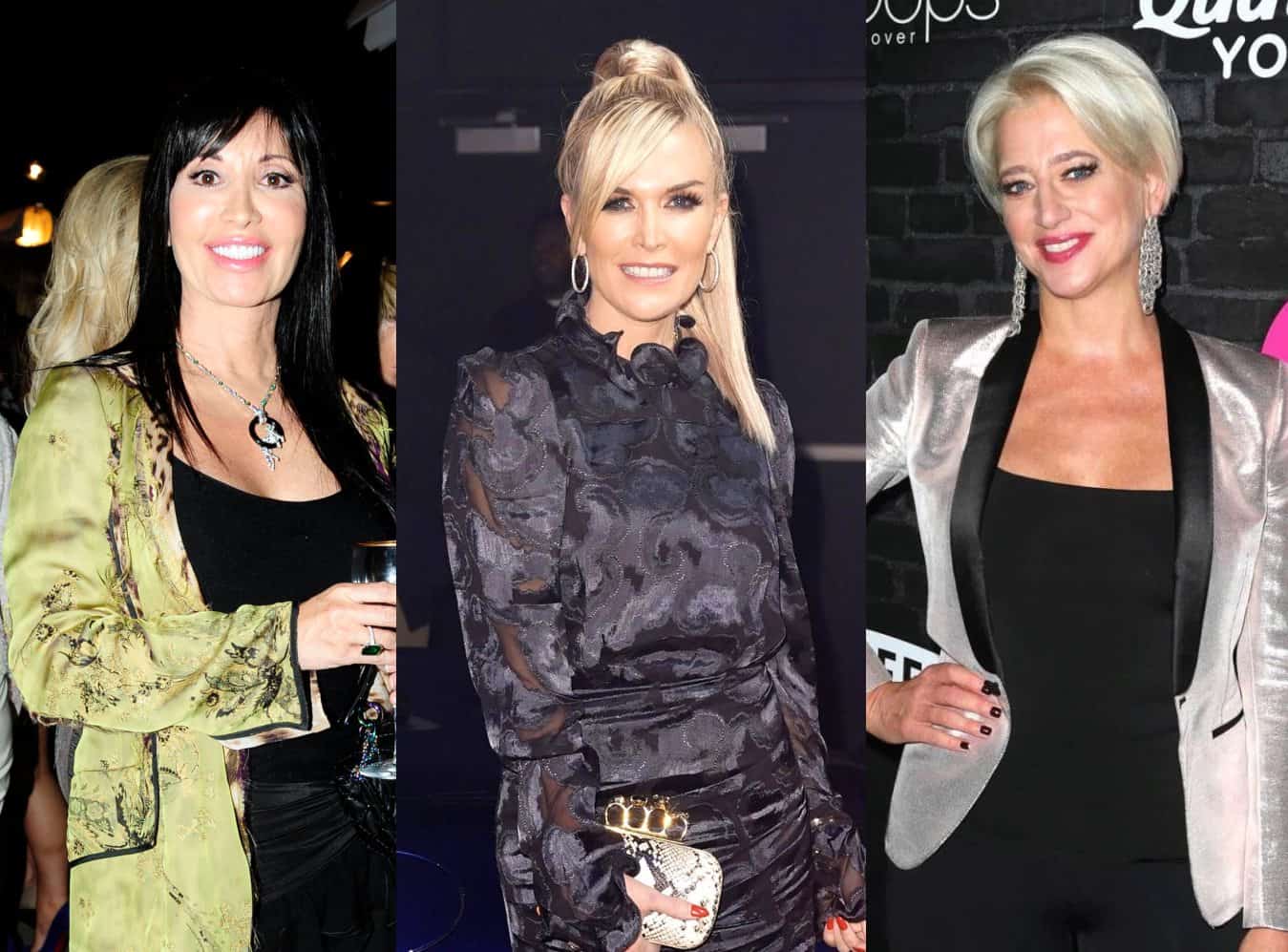 Elyse Slaine appeared on Heather McDonald‘s podcast, Juicy Scoop, where she opened up about the drama of the currently airing 12th season of The Real Housewives of New York City.

Elyse weighed in on the messy feud between Dorinda Medley and Tinsley Mortimer, in addition to explaining why she called Sonja Morgan an “accessory,” before sharing her thoughts on the possibility of starring in a full-time position on season 13.

Season 12 has featured plenty of drama between Tinsley and Dorinda, which Elyse believes wasn’t all the fault of Dorinda.

“A lot of the audience didn’t see Tinsley poking [Dorinda],” Elyse shared. “I think Dorinda has gotten an incredible amount of hate that is not one hundred percent deserved.”

According to Elyse, there was one moment in particular in which Tinsley was supposedly caught “mocking” Dorinda as she opened up about the death of her late husband Richard Medley and her 2019 split from boyfriend John Mahdessian.

“I just kept thinking, ‘Oh Tinsley, please stop. This is not going to go well for you.’ But people, for some reason, chose to ignore that,” Elyse said.

While Dorinda and Tinsley certainly had their fair share of disputes on RHONY season 12, Elyse believes Dorinda would be there for her former castmate if she needed her.

”If Tinsley called Dorinda right now and needed her advice for something, Dorinda would be there for her,” Elyse suspected. “I still believe Dorinda is a good soul and I think she probably realizes that she was going through a lot at the time and that some of the anger was misdirected.”

Moving on to her comment about Sonja, which seemed to be a diss, Elyse said she was taken out of context and did not intend for her statement to come off in a negative manner.

As for her thoughts on potentially returning to RHONY in a full-time position, Elyse doesn’t think she would fair well.

“I think it would be difficult [to be a full-time housewife], considering where I am with Ramona right now,” she explained. “I think it would be a difficult path for me. If they supported one another more and there was less cutting each other down, I’d be more interested in sticking around.”