Home Real Housewives of Beverly Hills News RHOBH’s Sutton Stracke Explains Why She Bonded the Least With Dorit Kemsley as She Pokes Fun at Denise’s Husband Aaron for ‘Rambling’ Too Much, Plus She Admits Show “Absolutely” Changed Her Friendship With Rinna

RHOBH’s Sutton Stracke Explains Why She Bonded the Least With Dorit Kemsley as She Pokes Fun at Denise’s Husband Aaron for ‘Rambling’ Too Much, Plus She Admits Show “Absolutely” Changed Her Friendship With Rinna 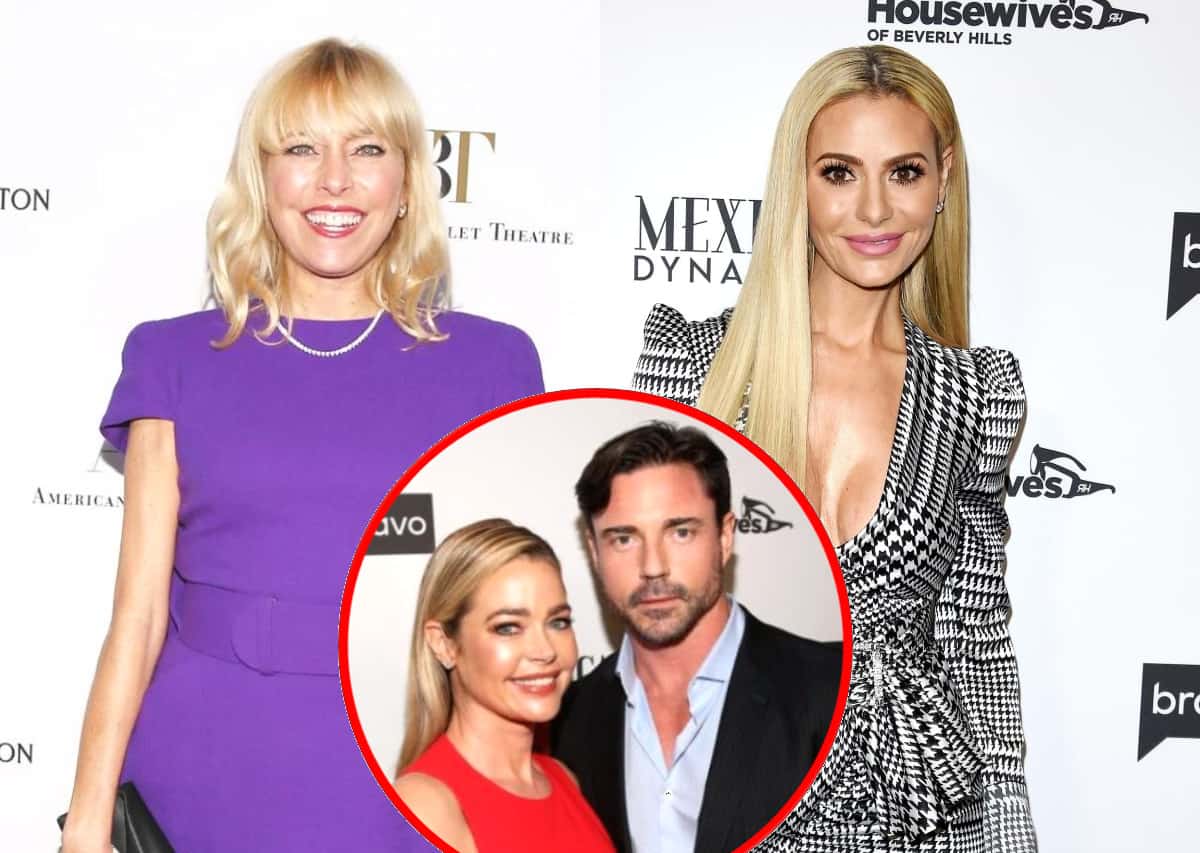 Sutton Stracke is opening up about why she bonded the least with Dorit Kemsley since joining the Real Housewives of Beverly Hills cast last summer.

During a recent interview, Sutton also explained how her relationship with Lisa Rinna shifted during season 10 before sharing her thoughts on Denise Richards‘ controversial husband, Aaron Phypers, and Erika Jayne‘s shady confessionals.

While Sutton formed friendships with several of her RHOBH co-stars, she did not click with Dorit.

That said, Sutton applauded Dorit for being a good mom and said she had the best fashion of the group before going in on Erika for targeting her with catty comments in her confessionals.

“I can understand she was making fun of the couture thing but you asked me what I’m wearing. [So,] I’m going to tell you. But then she said I looked bad [and] that’s just flat-out mean,” she said, also adding that Erika is “cool.”

“You have to laugh at the confessionals,” Sutton continued. “We all kind of dig at each other.”

When it comes to her friendship with Lisa, Sutton admits it has changed since doing the show… but in a good way.

“You know, it’s funny. We’ve actually gotten closer because we got to spend more time together than we normally do. You get to know the good and the bad in a [deeper] way. So I think we know each other a lot more now,” she shared about Lisa.

As for her thoughts on Aaron, who inserted himself into the cast drama on RHOBH on a number of occasions during season 10 and was seemingly caught threatening to “crush” his wife’s hand on an episode of the show last month, Sutton was hesitant to say much about him.

“We’re not supposed to say it because I think we’ll get followed by the CIA,” Sutton joked, adding that her first meeting with Aaron took place at Kyle Richards’ dinner party.

“He talked the whole time. [And] I’ve got to tell you, sometimes at dinners like that when somebody rambles on for 30 minutes about how they’re curing cancer, I just stop listening. I just [sip my drink],” Sutton admitted.

Looking forward to RHOBH season 11, Sutton hopes to become a full-time cast member after being cut from her full-time position ahead of the season 10 premiere.

“My hope is I can do the next season so everybody can get to know me a bit more now that I’m comfortable and see a side of me that you didn’t see. There’s a lot more weirdness to see from me I think,” she teased.