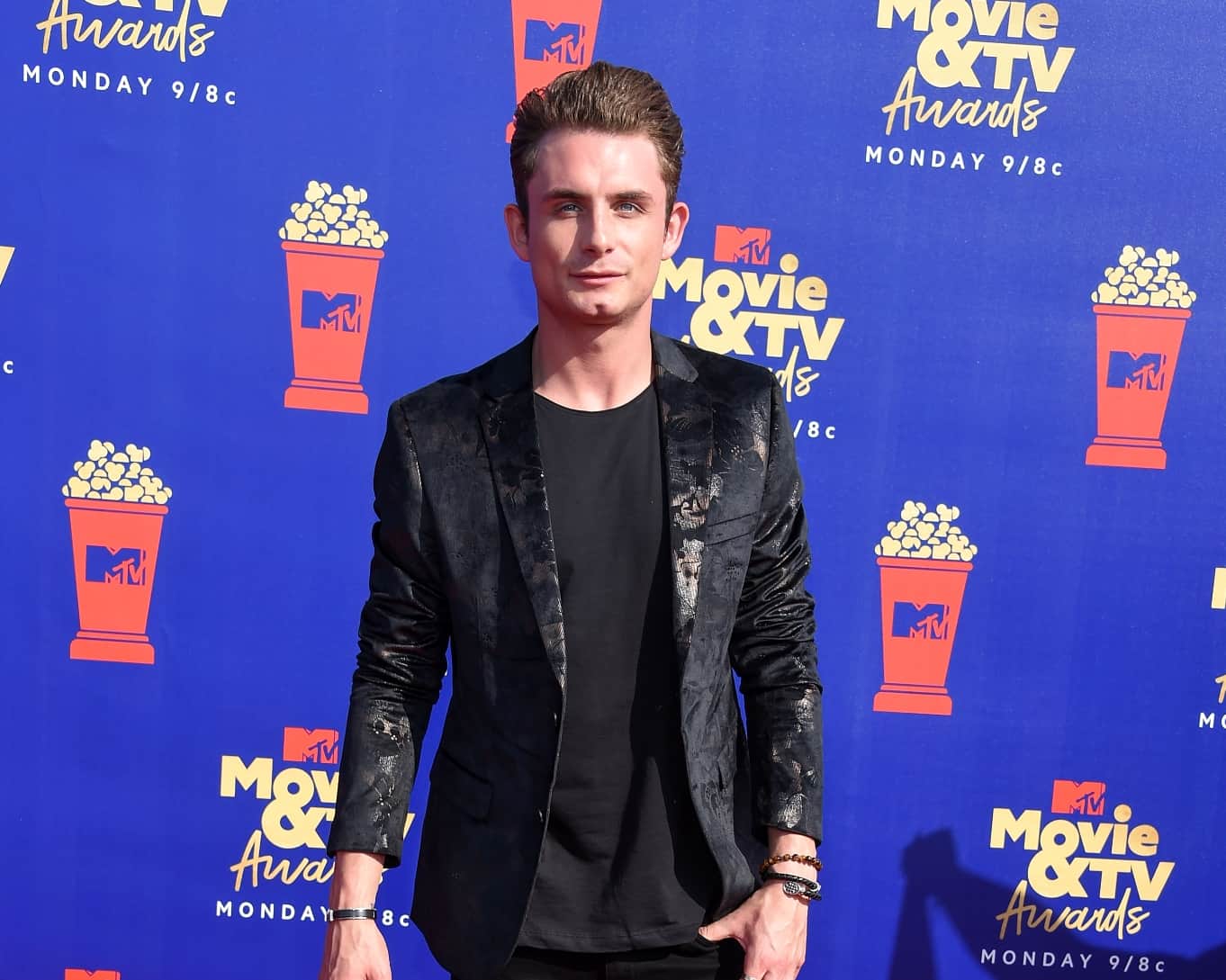 James Kennedy made a very exciting announcement on Instagram over the weekend: He’s one year sober!

Months after fans watched as he made the decision to quit drinking for good at the prompting of girlfriend Raquel Leviss on the eighth season of Vanderpump Rules, which was filmed last summer, James confirmed his happy news and applauded Raquel for being his “rock” as she and a number of their co-stars reacted to his sobriety milestone.

“Hey everyone just wanted to let you all know I’ve made it to my one year sober today!” James announced. “Letting go of drinking was the best decision I ever made and I’m going strong. I don’t miss the booze …… I don’t miss the feeling …. I’m so grateful for everything now and life has become more beautiful in many ways. Thank you to my rock [Raquel Leviss] for getting me here I couldn’t of done this without you my love. And thank you all for the support this past year.”

As James thanked her for her support, Raquel posted a photo and message of her own.

“Today James is 1 year sober!” she shared along with an image of herself and James posing outside in their masks. “Lots to celebrate but most important is the love you show me every single day.”

Following the couple’s posts, a number of their Pump Rules co-stars reacted to James’ exciting news in the comments section of James’ announcement.

“James! Love you so much!” Ariana Madix wrote.

“Congrats James!” added Katie Maloney, who was seen reconciling with James during an episode of the show earlier this year.

Both Dayna Kathan and Scheana Shay told James they were “so proud” of his sobriety as former cast member Max Boyens agreed with their sentiments.

“Love you dude! So proud of you and all you have accomplished! Yewww!” he shared.

Then, as the congratulatory comments continued to flood in, Danica Dow said she was also proud of her co-star as her fellow newbie, Charli Burnett, posted a series of raised hands emoji. 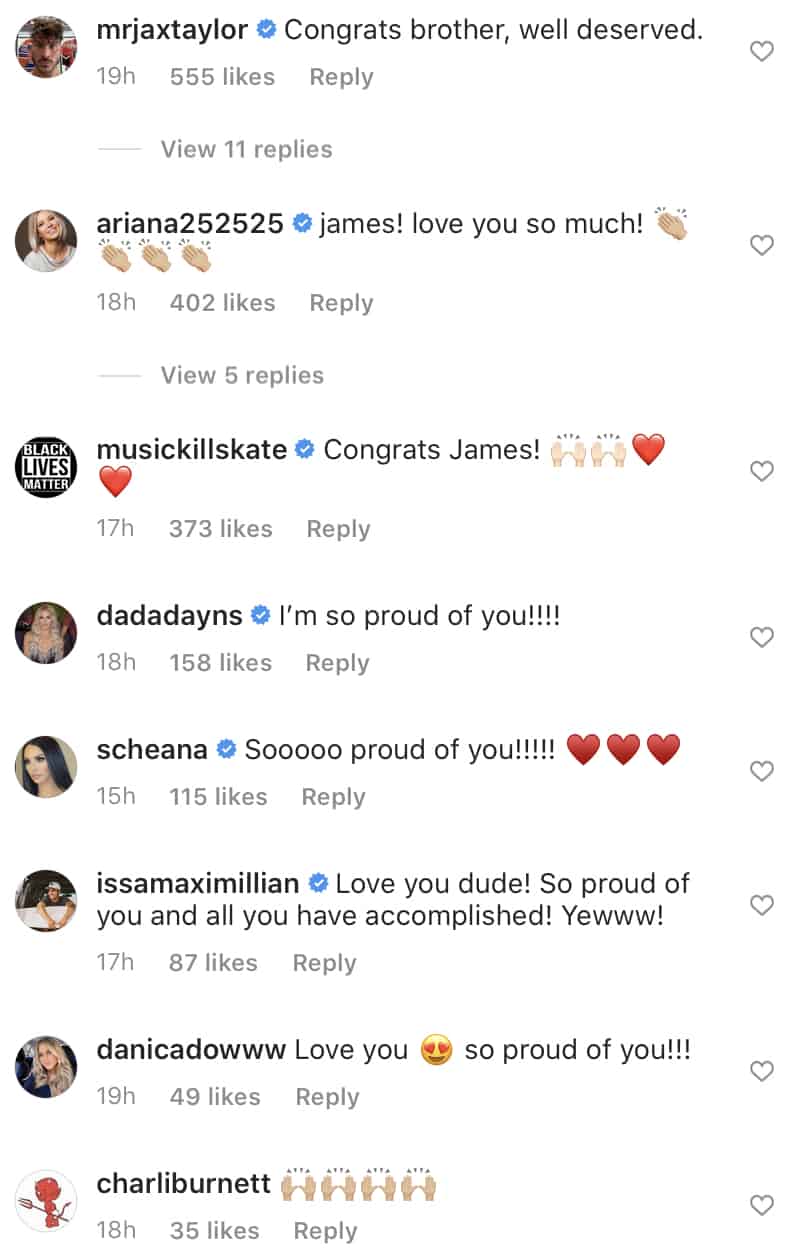 Randall Emmett also shared a statement of congratulations to James.

“So proud of you on your one year of sobriety!! Grateful for our friendship,” he wrote on one of his Instagram Stories. 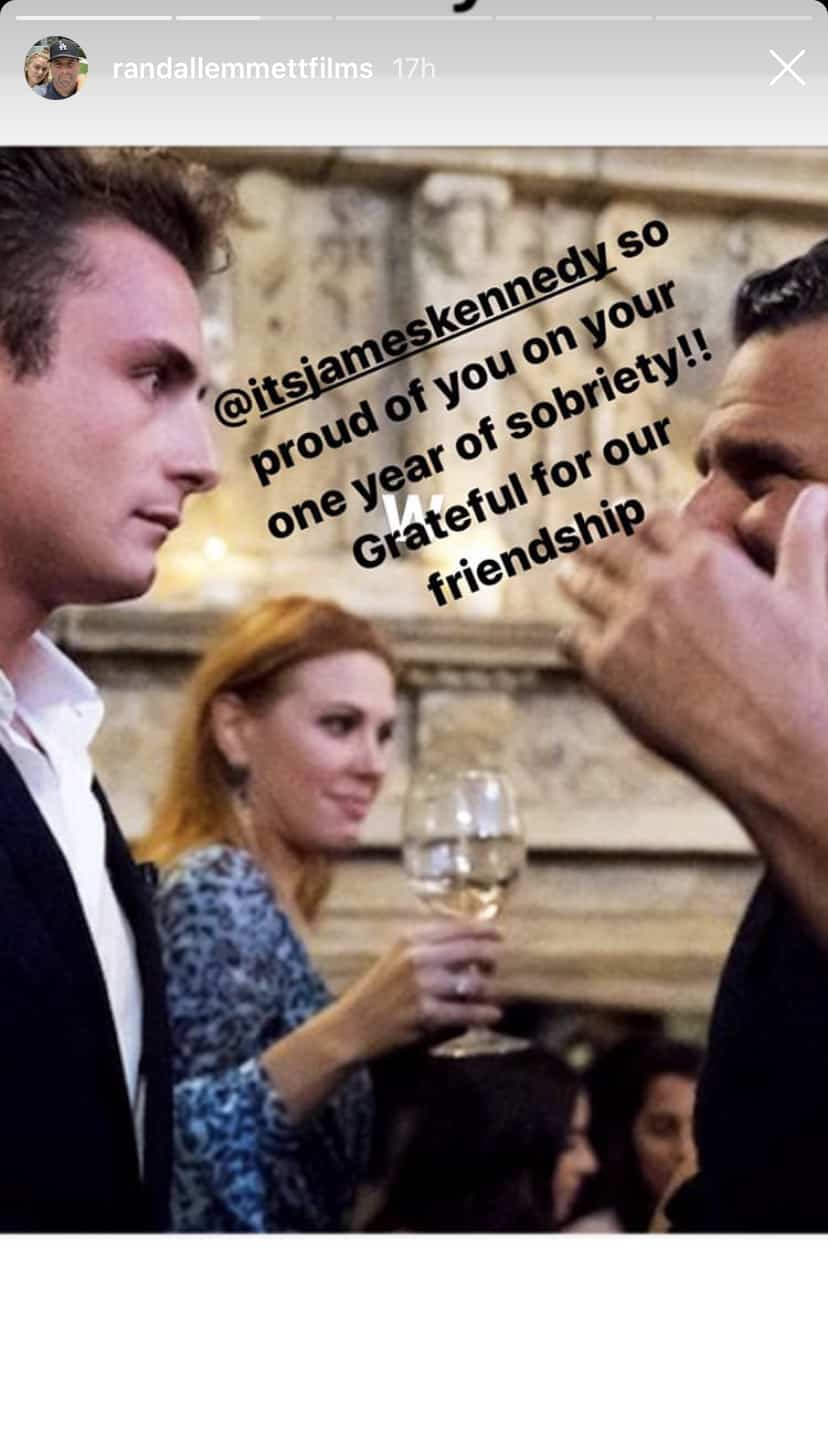 As Pump Rules fans may know, Randall’s fiancé, cast member Lala Kent, was quite supportive of James’ decision to get sober during season eight. Around the time that filming wrapped, she celebrated her own one-year sobriety anniversary.