Home Real Housewives of New York City News Does Leah McSweeney Want to Return to RHONY Next Season? She Addresses Future, Plus She Says Tinsley Mortimer’s Happiness “Kills” the Other Women and Why She’s “Bummed” Over Her Exit, and Live Viewing Thread

Does Leah McSweeney Want to Return to RHONY Next Season? She Addresses Future, Plus She Says Tinsley Mortimer’s Happiness “Kills” the Other Women and Why She’s “Bummed” Over Her Exit, and Live Viewing Thread 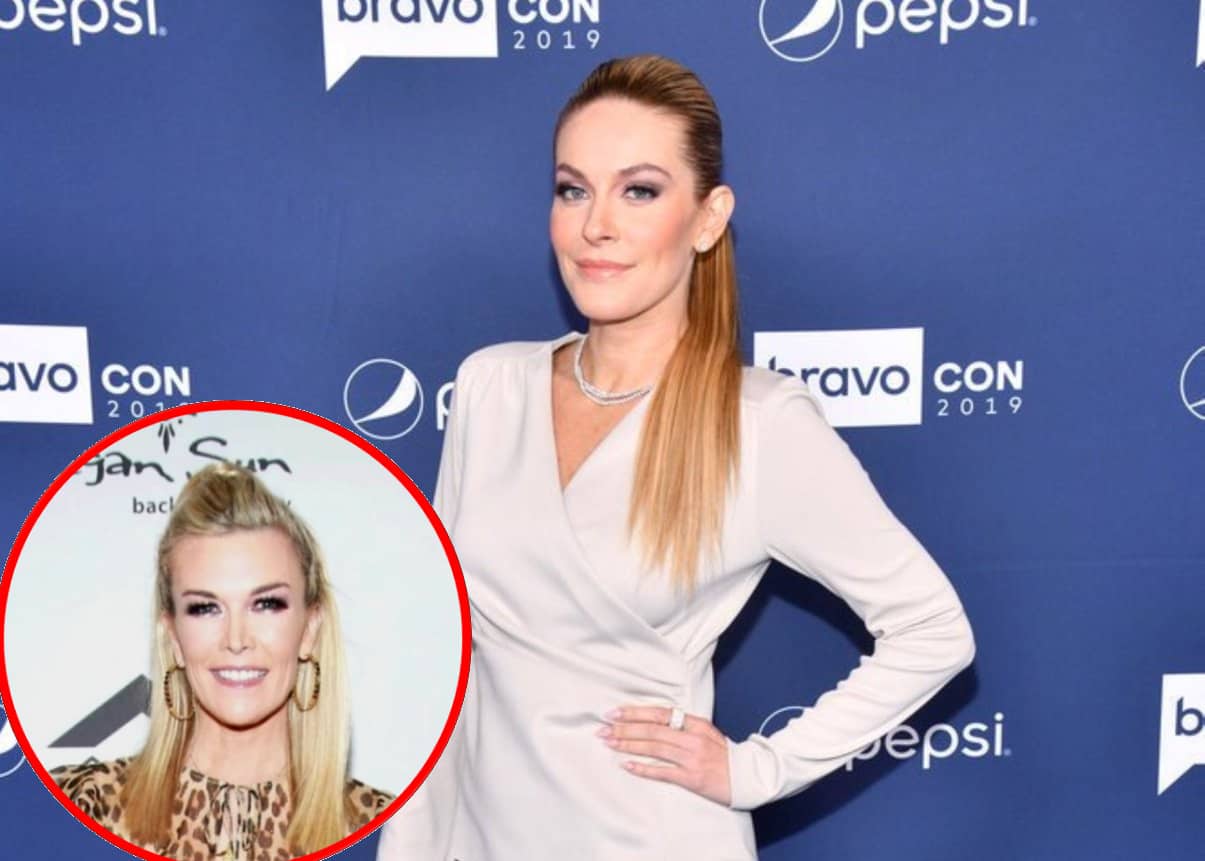 After being ganged up on for her boozy behavior, Leah McSweeney kind of misses her girl Tinsley Mortimer as she’s also addressing her future on the show.

The Real Housewives of New York City star is reflecting on her former co-star as she explains why she’s sad over Tinsley’s exit and shades their co-stars, saying Tinsley’s happiness “kills” them.

“Tinsley totally helped me ease into the friend group. [She] doesn’t have a mean, competitive, weird girl vibe,” Leah shared with the Not Skinny But Not Fat podcast. “She’s just not like that. She actually is happy [and] I think that’s what kills some of the other women about her. I was trying to tell Tinsley, ‘Tell Dorinda [Medley] to shut the f–k up’ like, Dorinda will respect that more. That’s the language she’s speaking. Tinsley doesn’t speak that language.”

As for Leah, she’s likely staying in the ring for now, as podcast host Amanda Hirsch wondered if she’d return for season 13.

“I’m thinking about it, we’ll see what happens,” Leah shared. “I mean yeah, I will, I would, you know, whatever. Of course. I think I’m watching how the rest of this season plays out, but overall, it’s a good experience.”

With all the heat she’s gotten from the older women, Leah shared how “bummed” she was to see Tinsley leave the show, even in knowing how happy she is with her new life.

“Obviously I was so bummed, but I was so happy for her because that’s what she wanted,” she stated. “And obviously, look at that dinner at that Mexican restaurant we were at. Also, I made the toast for her because you don’t make a toast for yourself. Then obviously Dorinda didn’t want to hear it and then even Ramona [Singer] was like, ‘Well I’m finally in good graces with Dorinda, so I’m just gonna follow along’ and then Sonja [Morgan] just ignored her. Like, who would want to f–king hang out with them after that? So could you blame her for hauling a– to Chicago? I’m not blaming her.”

Even with her departure, Tinsley has a chance to redeem herself at the reunion, which she’s planning on attending. Perhaps then she will take Leah’s advice (and boxing trainer Martin Snow) and properly stand up to Dorinda.

RHONY Live Viewing – This is also a live viewing thread for tonight’s all-new episode of RHONY, which airs at 9/8c on Bravo, so feel free to comment and chat as the episode airs. A preview clip is below.