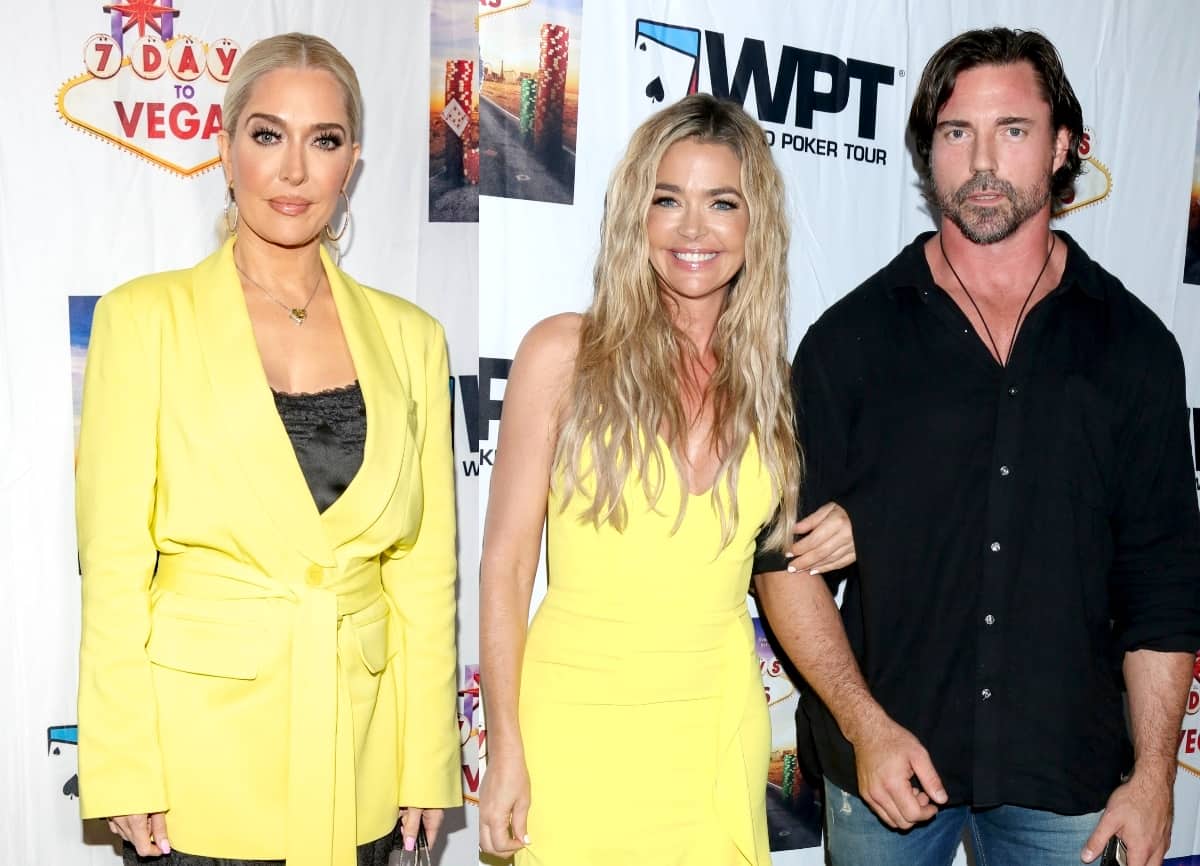 Erika Jayne and Teddi Mellencamp spoke out against Aaron Phypers‘ behavior after the latest episode of the Real Housewives of Beverly Hills featured a heated dispute between Denise Richards‘ husband and the ladies.

During a taping of the RHOBH: After Show, Erika expressed her disgust with the way in which Aaron chose to communicate with her and her castmates as Teddi took further aim at Denise’s hubby by suggesting he was “aggressive” and potentially trying to intimidate the women amid their feud.

“I purposefully waited for Denise to leave so that I could speak to Aaron. I wanted to talk to him and not have her in there,” Erika recalled of her confrontation with Aaron on the July 8 episode of RHOBH. “What I said was, ‘You don’t speak to us like that. You don’t need to mansplain for us. You don’t need to talk down to us.’”

According to Erika, Aaron should know that his wife is “intelligent and capable” of addressing her issues with the other ladies without his input.

“There’s no need to step in,” Erika said. “Denise is a grown woman. She’s perfectly capable of handling her business and you don’t need to speak to us in a way that makes us feel that you have all the answers and we have none.”

In her own segment of the RHOBH: After Show, Teddi said that while she and the ladies began feuding with Denise and Aaron at Kyle Richards‘ barbecue over her alleged hypocrisy in regard to her kids and what she was willing to expose them to, their drama ultimately became about how Aaron was speaking to the cast.

“He’s showing up again and then he starts getting aggressive again… It just makes the situation worse,” Teddi explained. “Aaron is there flexing his muscles like, trying to make us feel… I don’t know if he’s trying to make us feel timid or nervous or what his intention was but it was like, now we really can’t finish things off with Denise because now you’re here making it about you again.”

Speaking of her own personal experience with Aaron, Teddi admitted to feeling “nervous” during her time with Aaron before suggesting he made her feel as if she was being “scolded.”

“I remember kind of shrinking down and feeling that nervous feeling, like, I haven’t had a grown man speak to me this way. I feel very like I’ve just been scolded as a child. It was crazy to me,” she shared.