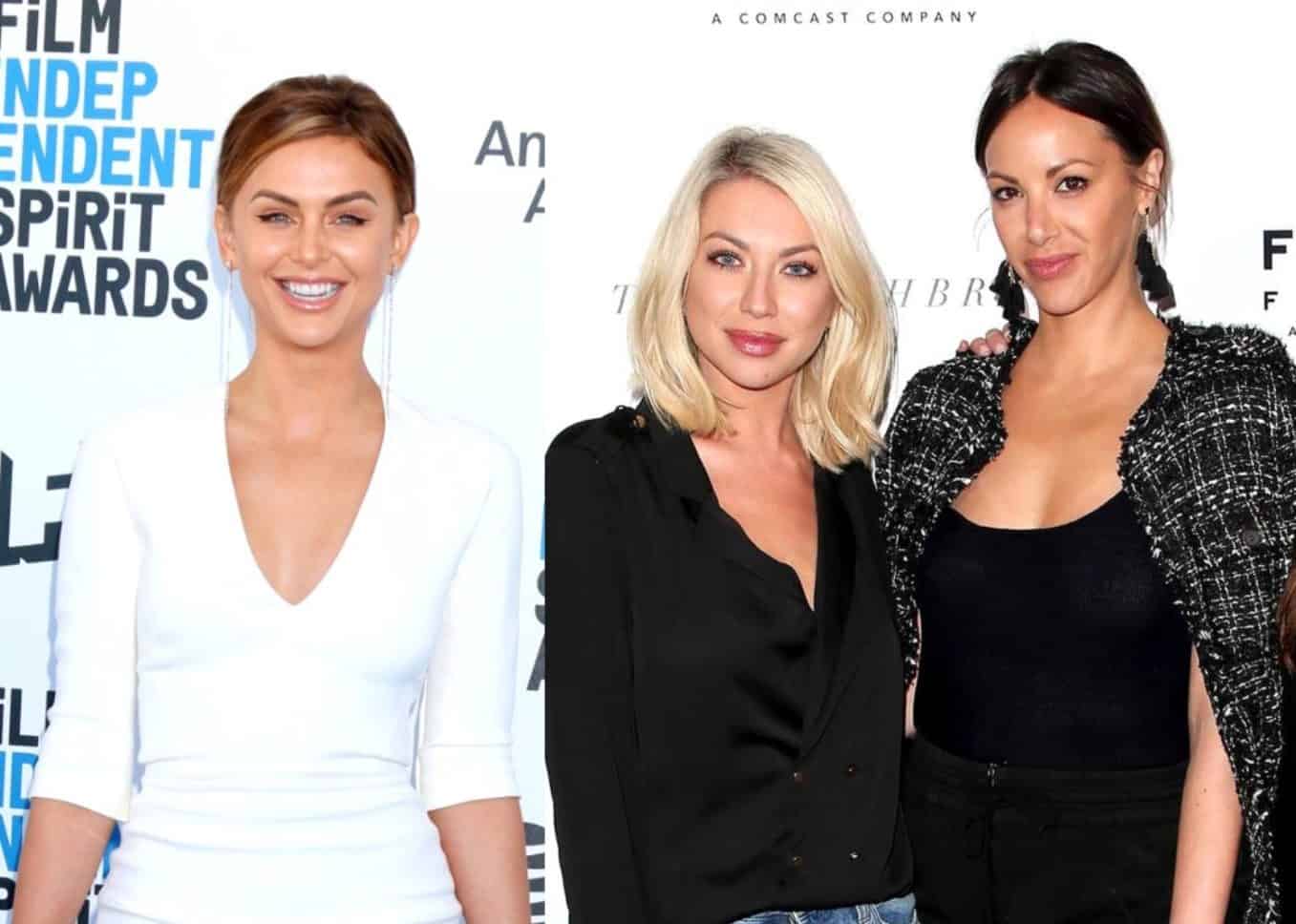 Lala Kent is breaking her silence regarding the firings of her two friends, Stassi Schroeder and Kristen Doute, from Vanderpump Rules.

The Pump Rules star took to her Instagram Live recently to share a few thoughts about the groundbreaking firings of her co-stars after racially insensitive behavior from their past re-surfaced in June.

“To me, when people ask me how I feel about it … I try to not really get into it, but I will say that them not being on the show anymore … that hasn’t sunk in yet,” Lala stated in the video, reposted by @_surrules.

She continued, “Because we’ve had such [a] crazy ride together and our [lives] consist of each other. You know when someone passes and you’re still fine because your body just goes into shock but you’re not used to it? That’s what it feels like.”

It’s been a rough year for Pump Rules, with Bravo also firing newbies Max Boyens and Brett Caprioni in addition to Kristen and Stassi for their own past racially-charged tweets. Following the firings, former cast members Faith Stowers and Billie Lee called for the firing of series OG Jax Taylor as well. This is due to claims of racist comments and Billie saying Jax “refused to film with [her] because [she] was trans.”

Moreover, the future of the show is currently unclear as the cast reportedly has yet to hear anything from Bravo about their new season.

“Cast members still have not heard anything from Bravo regarding picking back up filming [Vanderpump Rules] again. They would have been filming this summer,” a source shared to Us Weekly on July 20.