Home Vanderpump Rules Billie Lee Reveals She Was Low-Paid and Used as “Token” on Vanderpump Rules, Slams Jax for Transphobia and Blames Stassi for Her Firing as She Calls for a Tom and Ariana Spinoff

Billie Lee Reveals She Was Low-Paid and Used as “Token” on Vanderpump Rules, Slams Jax for Transphobia and Blames Stassi for Her Firing as She Calls for a Tom and Ariana Spinoff 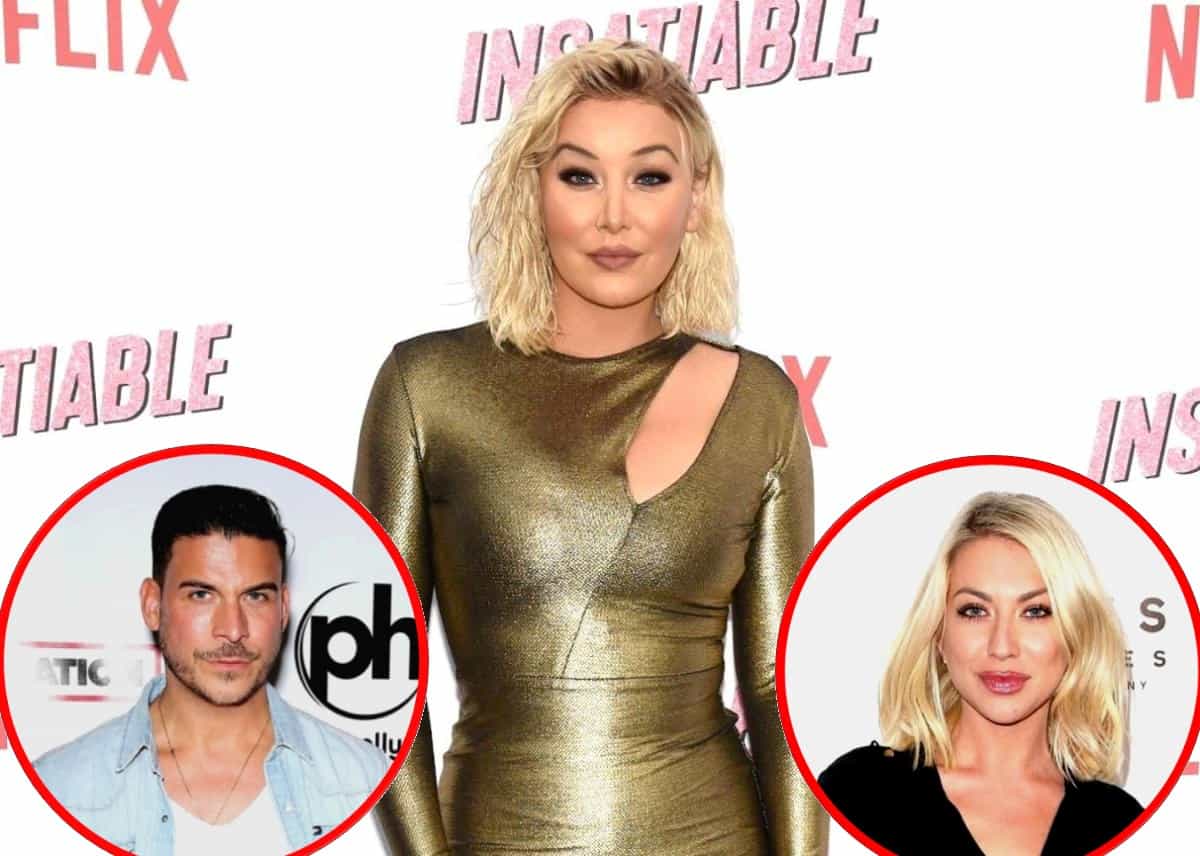 Billie Lee went through emotional and financial hardships during the two seasons she spent on Vanderpump Rules.

During a new interview, Billie, who appeared on the series’ sixth and seventh seasons, opened up about the deep depression she went through on the show before taking aim at the poor behavior of Jax Taylor and Stassi Schroeder. She also called for a Pump Rules spinoff starring Tom Sandoval and Ariana Madix.

“I had some of the hardest times with that show and a lot of my mental health took its toll,” Bille admitted to Page Six on June 16. “I slipped into a really bad depression … and when the suicidal thoughts came in, that’s when I knew I had to really, like, check my mental health and get back into order and disconnect myself from the whole ‘Vanderpump’ stuff.”

While Lisa Vanderpump and the cast appeared to be supportive of the transgender 36-year-old on the show, Billie said things were much different off-camera and the money wasn’t worth it.

“They have a system on how they pay their newcomers and it starts out at a low scale,” she explained. “I was struggling to pay my bills, but I couldn’t tell anyone because here I am famous and on a show and as a trans activist I’m supposed to represent this certain thing.”

“It was all about being the token — villainizing me, and throwing me out. It was just horrible,” Billie continued, adding that she suggested producers add more diversity to the show.

Looking back at her time on Pump Rules, Billie said she had a number of uncomfortable encounters with her co-stars, including Jax, who she said “almost” came on to her before later telling her he was not interested in transgendered women.

“[Jax] told me a story about how he hung out with a girl and kissed her and found out she was a dude and it grossed him out and made it clear that he’s not into that,” she claimed. “So for me, I was very like, ‘You’re coming on to me in front of the camera. But off-camera, you’re making it clear that being trans is gross and you are not down for that.’”

While Billie “tried to correct him” about the proper terminology that should be used for the transgender community, Jax wasn’t receptive and “would be annoyed by it.”

Billie then revealed that Jax allegedly started a rumor about her hooking up with Sandoval behind Ariana’s back because “Tom was sticking up for me as a trans woman and trying to put Jax in his place.” He also allegedly told a Pump Rules producer that he did not want to film with Billie because he “didn’t want to risk his career” over potentially offending her.

“He said, ‘Yeah, I didn’t want you around because I don’t want everything I worked hard for to be taken away. We shouldn’t have to tippytoe around Billie because she’s trans,’” Billie shared.

As for her experiences with Stassi, who was fired along with Kristen Doute, Max Boyens, and Brett Caprioni last week following a series of racism scandals, Billie recalled the moment in which Stassi had a “breakdown” after being confronted about her “Oscars So White” episode of Straight Up With Stassi. As fans will recall, Stassi complained about the way in which blacks in entertainment were giving “impassioned speeches about race” during the episode and wondered why things were “always just about African Americans.”

“I told her that these people aren’t just trying to have a fuss about the awards and not having enough black people winners for the Academy Awards. It’s like the more we show people of color, the more accepting and loving people can be,” Billie explained.

Billie also butted heads with Stassi after she accused her of purposefully leaving her out of a “Girls’ Night In” event at SUR.

“‘You don’t even go here’ — that’s what it feels like,” Stassi said of their drama during an appearance on The Jenny McCarthy Show. “If she was actually nice and kind and friendly to us, I think she would [fit in], but to just expect to be invited to every little thing we do, when we don’t know you, and pitch a fit when you’re not … acting like we’ve been friends for years? You just met us, so, no.”

In response to the interview, Billie said that after Stassi publicly stated that she did not want her on Pump Rules, she learned she was fired.

“They told me they were going in a different direction and that direction literally was more airtime for Stassi and the new cast members who had previous pasts with racist comments,” Billie noted.

Moving forward, Billie would love to see Pump Rules showcase more of what their cast members are doing for their community and suggested they spotlight Sandoval and Ariana on a new series.

“It would be dope to have a spin-off of TomTom and focus on Tom and Ariana — people that actually care about other people,” Billie said. “I think that’s really important, and I hope through all of this, that they don’t lose their job because they have been nothing but amazing and supportive for me and every minority out there. And I really, really hope Bravo does the right thing by celebrating them.”

In response to Billie’s interview, Stassi’s new rep, Steve Honig, told Page Six, “Right now Stassi is focused on doing the work she needs to do to make this right.”