Scheana Shay is preparing to put down roots in San Diego, where her boyfriend, Brock Davies, resides.

After sharing a photo of herself and her Vanderpump Rules co-star, Ariana Madix, spending time at a resort in the area and telling her followers San Diego will “soon” be “home,” Scheana confirmed her upcoming move before answering questions about her potential exit from Pump Rules and the reason behind her move.

“This place is beginning to feel like home and soon [San Diego] will be! Thank you [Viejas Casino & Resort] again for having us,” Scheana wrote in the caption of her July 19 image.

This place is beginning to feel like home and soon SD will be! Thank you @viejascasinoandresort again for having us 🤗

Immediately after mentioning her move, Scheana was asked for confirmation that she would, in fact, be moving into a new home in the area.

“Nice! I used to live in [San Diego]. What area are [you] looking to move to?” one person asked.

“Queen are you moving here??” wondered a second fan. 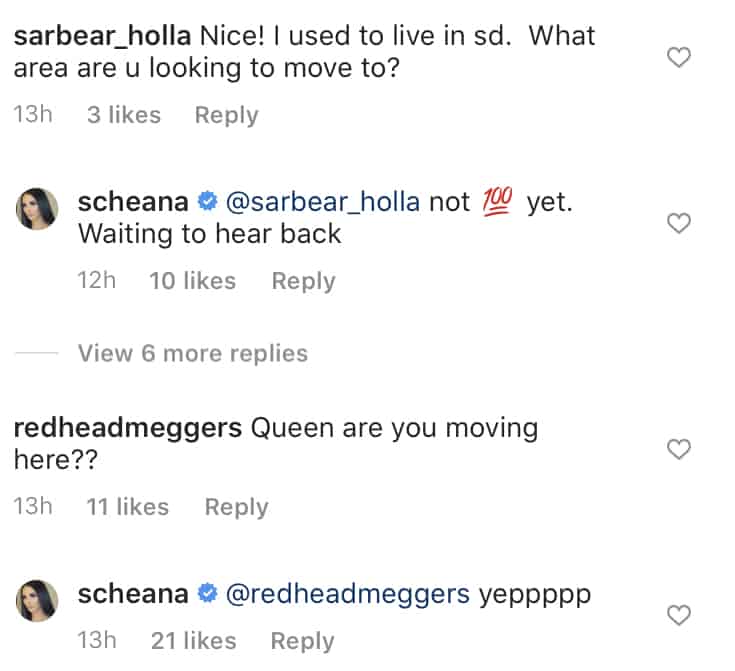 Scheana was also asked about her future on Pump Rules.

“Does that mean if [Vanderpump Rules] returns it’ll be without you??” a third person asked.

“No way! Can’t get rid of me that easy! Haha. I’ll get a smaller place in [Los Angeles] once work picks back up. But for now it’s been a huge waste of rent money,” Scheana explained.

According to Scheana, she’s been spending the past four months at her vacation home in Palm Springs, all while continuing to pay rent on her rental apartment in Marina Del Ray.

“Been in [Palm Springs] for [four] months and still paying rent in L.A,” she noted. 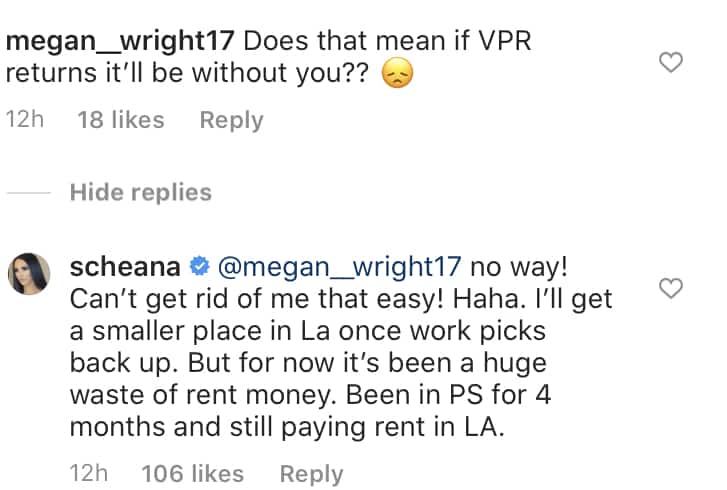 Just last month, Scheana confirmed that after several months of dating, she and Brock had conceived their first child together. However, after freezing her eggs in the years prior, Scheana was unable to move forward with the pregnancy and ultimately suffered a tragic miscarriage.

No word yet on a production start date for Vanderpump Rules season nine.