Home Vanderpump Rules Scheana Shay Shares Where She Stands With Brandi Glanville After Podcast Feud, Admits Boyfriend Brock May Not Be Seen on Vanderpump Rules Season 9, and Explains Why She’s Still Friends With Attention-Seeking Jax

Scheana Shay Shares Where She Stands With Brandi Glanville After Podcast Feud, Admits Boyfriend Brock May Not Be Seen on Vanderpump Rules Season 9, and Explains Why She’s Still Friends With Attention-Seeking Jax 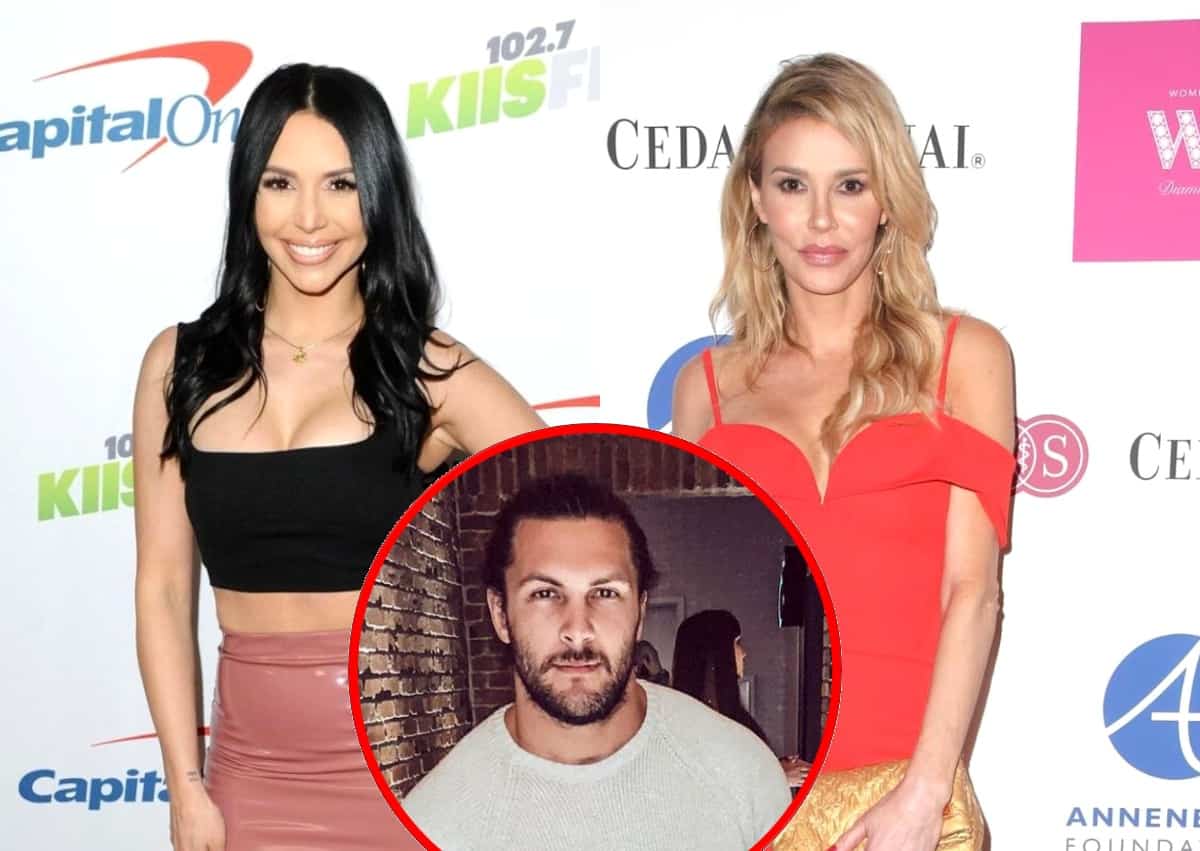 Scheana Shay and Brandi Glanville have had an up and down relationship since Scheana’s infamous affair with Brandi’s ex-husband, Eddie Cibrian, over a decade ago. But where do they stand today?

During a podcast appearance, the Vanderpump Rules star offered an update on her friendship with The Real Housewives of Beverly Hills cast member before discussing boyfriend Brock Davies‘ potential role on season nine. She also explained why she has chosen to stay friends with Jax Taylor despite his poor treatment of her co-stars.

“[Brandi] actually texted me a week ago and she was really sweet,” Scheana confirmed on the May 27 episode of Behind the Velvet Rope with David Yontef.

While Scheana and Brandi butted heads on Twitter last year after Brandi suggested Lisa Vanderpump had banned the Pump Rules cast member from appearing on her podcast and claimed Scheana had spoken ill of Lisa, they’ve gotten past the drama.

As she explained, “We had a weird moment last year where she said some things on Twitter that were untrue about my podcast but as far as I heard from Danny Pellegrino’s podcast, we’re cool.”

With the eighth season of Pump Rules coming to an end, many fans are wondering if Scheana’s new boyfriend will be seen on season nine. However, despite the fact that they appear to be quite serious, Scheana said a season nine role is far from promised when it comes to her main squeeze.

“[Brock] doesn’t live in L.A. So I don’t know how much, if at all, you would see him next season,” she admitted. “This is my job. It’s not his. So I’m not going to make him make my job a priority when he has a business he’s running [in San Diego] seven days a week, 12 hours a day.”

In regard to her friendship with Jax, Scheana said she often sees two different sides of her co-star before explaining why she has remained friends with him throughout his many meltdowns against her castmates.

“[Jax] and Brittany will text me on Tuesday night, like, ‘Oh my God. We love you. Your scenes are so funny. We love you so much’ And then I see him do an interview and it’s the opposite. But Jax just likes attention,” Scheana shared of her co-star.

“So, whatever. I still love him. He’s not done anything that’s friendship-ending to me. But I see how he treats other people,” she added.