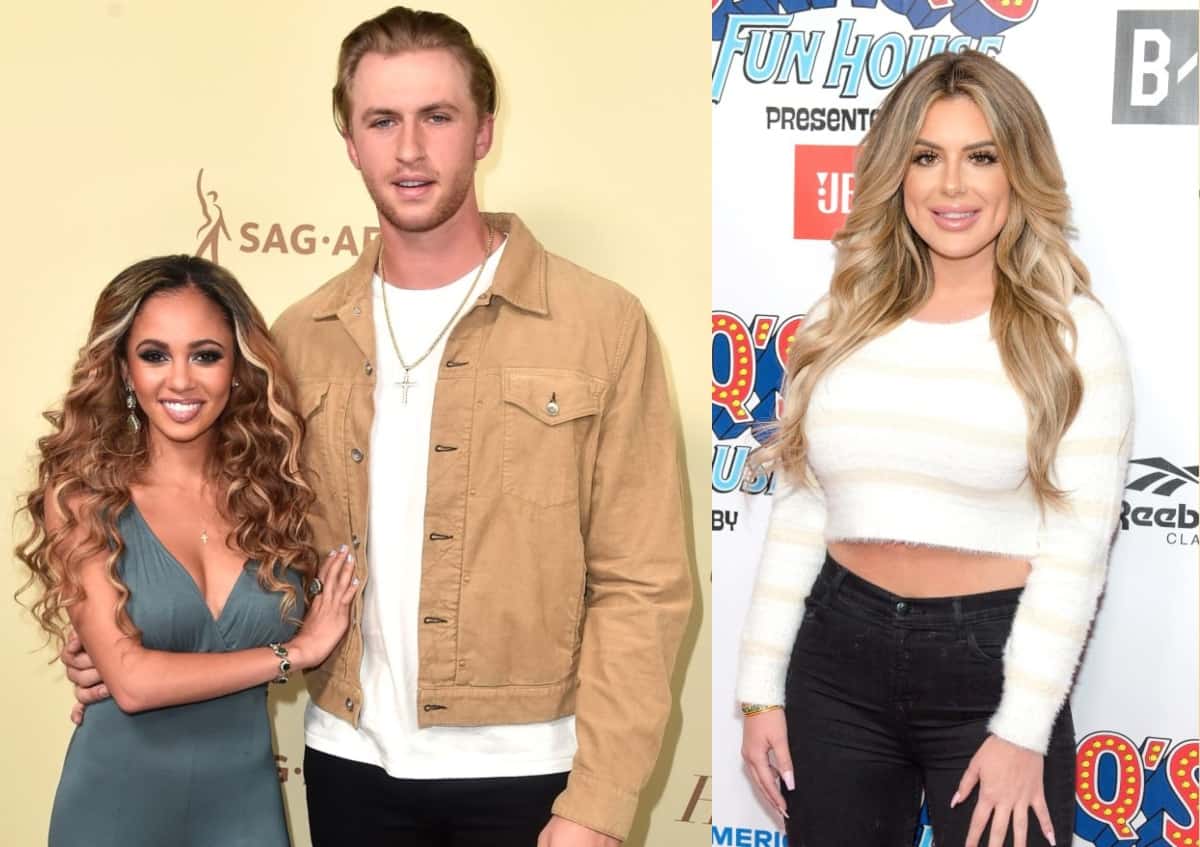 Michael Kopech has filed for divorce from his pregnant wife, Riverdale actress Vanessa Morgan, after just five months of marriage.

Three days after Vanessa announced that she is expecting their first child, a baby boy, in January, the White Sox pitcher, who previously dated Don’t Be Tardy cast member Brielle Biermann, is reported to have filed documents to end their brief marriage.

On July 26, The Chicago Tribune confirmed the news to readers, revealing that Michael’s documents were turned into the Morris County courthouse in Texas on June 19 before being sealed to the public on Monday.

News of Michael’s filing comes just three days after Vanessa announced to her fans and followers on Instagram that she is pregnant.

“Exciting news… I am overjoyed to be welcoming my baby boy into the world this January. This little guy has already brought me so much happiness and a feeling of such a greater purpose. I cannot wait to meet you!!” Vanessa wrote in the caption of her post, which featured no signs of Michael.

Vanessa then revealed that she would be allowing her son to grow up away from the public eye.

“I am very much looking forward to giving this little guy some room to grow up outside of the public eye, until he tells me otherwise,” she shared.

While Vanessa didn’t mention Michael in her post, her rep confirmed he is the father.

On July 10, the White Sox announced that Michael would not be participating in their current season due to “personal reasons” after missing a number of camp workouts earlier this month to address a “personal matter.”

Michael and Vanessa began dating shortly after his March 2018 split from Brielle and got engaged in front of a waterfall in Supai, Arizona in July of the following year. Then, in January of this year, the couple tied the knot in what Vanessa described as a “fairy-tale dream.”

Vanessa’s most recent social media post with Michael dates back to April, when the two of them celebrated his 24th birthday together. One month later, on May 20, Vanessa learned she is expecting.