Home Real Housewives of Beverly Hills News More Text Messages From Denise Richards and Brandi Leak Showing Brandi Accusing Denise of Making Her Out to Be a “Cheater and a Liar” as Denise Accuses RHOBH Cast Mates of Using Them as “Scapegoats,” Plus Brandi Claims She Didn’t Leak Texts

More Text Messages From Denise Richards and Brandi Leak Showing Brandi Accusing Denise of Making Her Out to Be a “Cheater and a Liar” as Denise Accuses RHOBH Cast Mates of Using Them as “Scapegoats,” Plus Brandi Claims She Didn’t Leak Texts 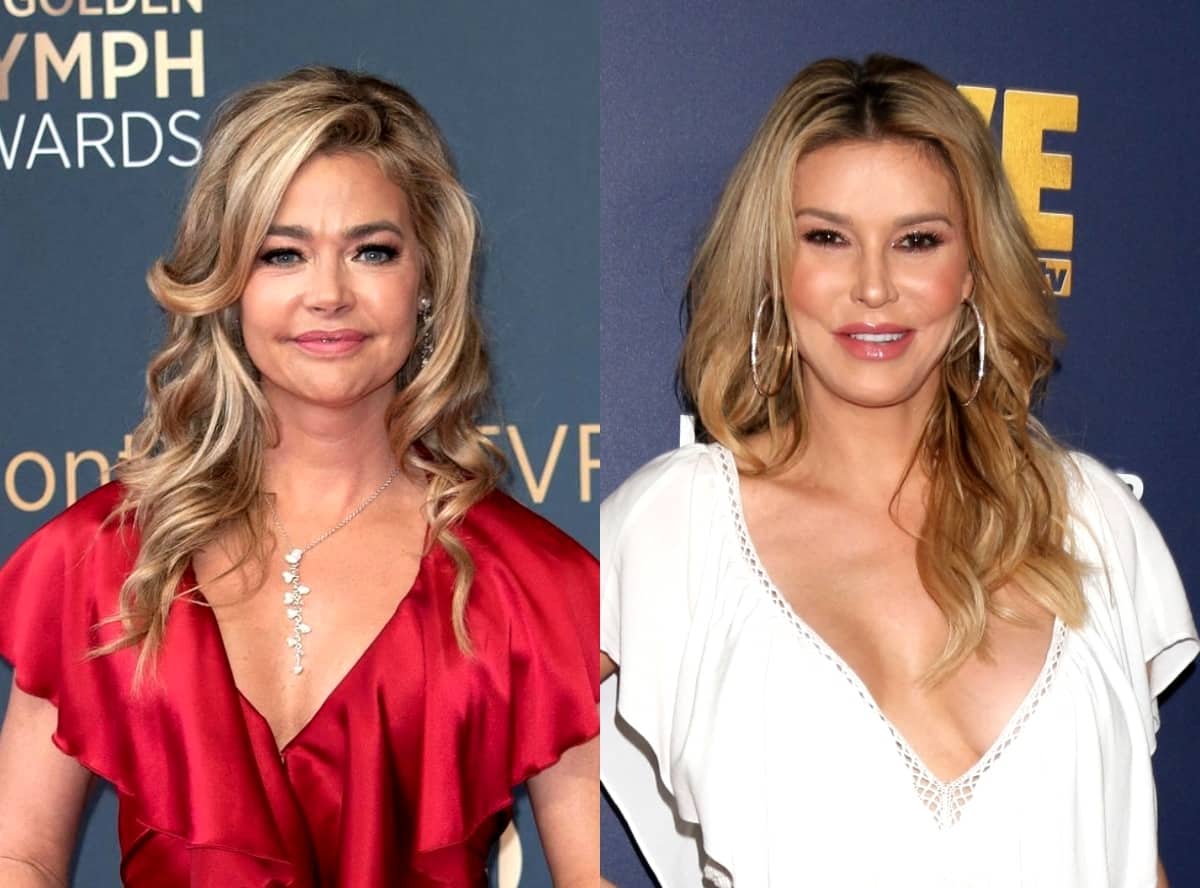 Another set of leaked text messages exchanged by Brandi Glanville and Denise Richards have just hit the web.

As Denise continues to deny Brandi’s claims of an affair between them, both on The Real Housewives of Beverly Hills and off, Brandi can be seen confronting Denise about the way in which she’s portrayed her as a “cheater and a liar” as Denise responds by suggesting that the cast was using them as “scapegoats” for their own drama and fails to deny that the sexual encounter actually happened.

“First & for most [sic] it was never my intention to speak about it because I was ashamed and I had guilt and you will see that, first you make me into a cheater Something I would NEVER KNOWINGLY be involved in. We could have had a conversation about it and put all this to sleep. But then you go to Rome tell everyone crazy lies about me and call me a liar. So now I’m not just a cheater but I’m a cheater and a liar thank you Denise,” Brandi wrote in a leaked text message to Denise, which was obtained by Celeb Magazine on July 27.

“I have to explain this to my children,” she added. “I have nothing more to say to you right now.”

Then, in response to Brandi’s concerns, Denise attempted to calm her then-friend down. She suggested she never lied to the RHOBH cast about her and blamed the drama between them on their co-stars.

“Brandi do you really think I would ever do that? And that is news to me. I have never even heard this,” Denise stated. “I don’t know what they told you but that is an absolute lie. I never brought your name up to any of them and at Bravocon I spoke very highly of you. I don’t know what these women are telling you one thing and me something else. And can cause problems with both our families.”

“I really hope we can talk,” Denise continued. “I’ll tell you everything and you’ll know because it was all on camera when they told me all this stuff and I’ll share my response to it with you.”

Denise went on to say that she was “shocked” by what the RHOBH ladies had said. She suggested that there was “still time” for her and Brandi to fix the issue before their families were dragged into the ordeal.

“It’s apparent that you & I are scapegoats for their drama at the potential expense of our kids,” Denise alleged. “You & I are easy targets because we’ve been open about certain things on the show & it’s not cool at all. They do not care about our children and families and they’ll stop at nothing.”

In a statement to Celeb Magazine, Brandi said “a lot of people have these text [messages]” and claimed she was unsure about how they got out.