RHOBH’s Sutton Stracke Calls Out “Spiteful” Teddi for Sharing Affair Rumor About Denise and Brandi as Teddi Denies Any “Malicious Intent,” Plus Teddi Explains Why She Trusts Denise “Even Less” Now 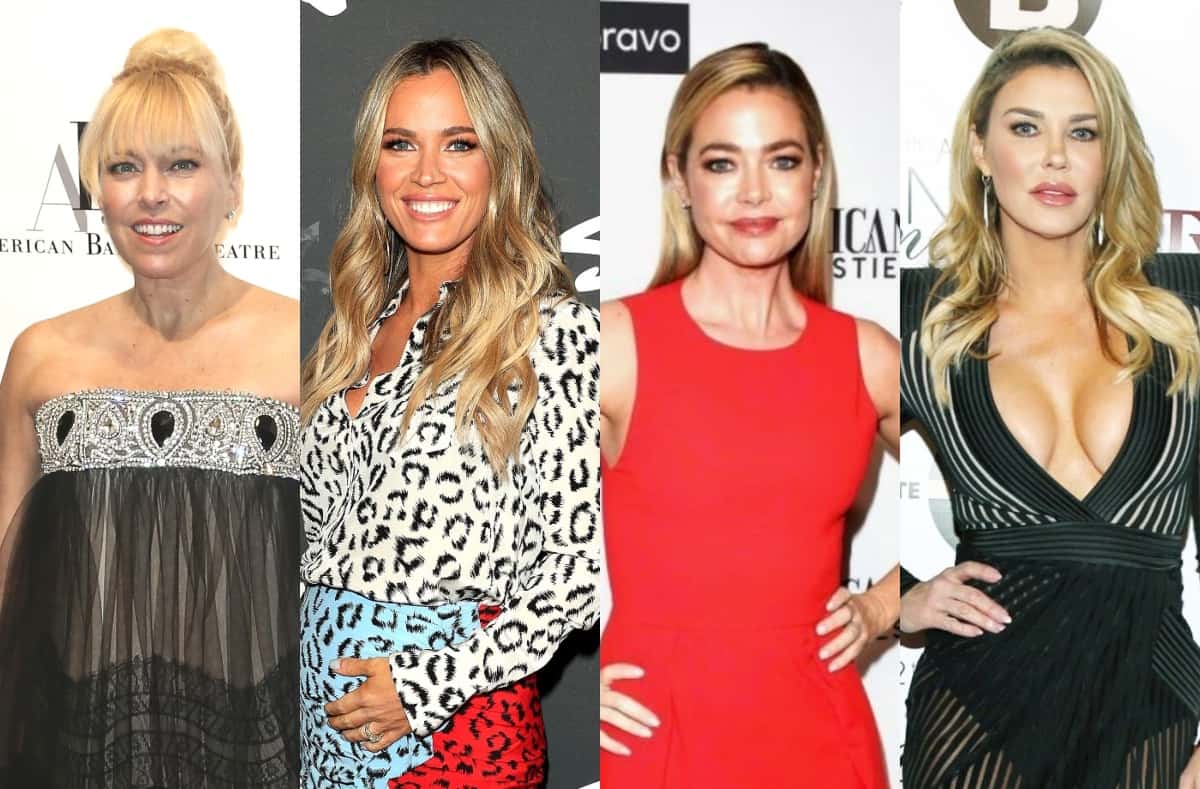 Sutton Stracke is calling out Teddi Mellencamp for publicly revealing what Brandi Glanville told her about her alleged relationship with their castmate Denise Richards as Teddi explained her real issue with Denise on the RHOBH: After Show.

In her own Real Housewives of Beverly Hills: After Show segment, Sutton said she felt that Teddi’s announcement about Brandi’s affair claims, which she made to the cast during their Rome trip, was out of line and likely motivated by spite.

“Teddi, I do not think that that was the right place to do that. I don’t think Teddi had any reason to tell us [about the affair]. We did not need to know about Denise and Brandi. That had nothing to do with anybody at the table and it seemed a bit spiteful,” Sutton shared. “[Like she was] trying to get back at her a little bit for talking behind her back.”

Meanwhile, Teddi insisted she had no ill will in sharing the rumor.

“There wasn’t malicious intent,” Teddi said. “It was like, Denise and I weren’t in the best place at the time. Maybe [Lisa Rinna] will tell her, maybe she won’t. But once something happens on camera, it’s already out there.”

Meanwhile, after she was seen confronting Denise about what Brandi told her Denise had said about the cast, as well as their supposed affair, on the RHOBH, Teddi explained what made her so upset and revealed why she trusts Denise “even less” now.

“I was told that Denise said something about me and that’s what I was upset about,” Teddi explained. “It really hurt my feelings. It really had nothing to do with the Brandi stuff in regard to their alleged whatever. I really just wanted to get through what she said about me so that we could work through it, or not, but at least be in a place of honesty.”

During last week’s show, Brandi told Teddi that Denise had suggested she is desperate to be a part of their friend group because she’s been living in her father John Mellencamp‘s shadow for her entire life.

But instead, Denise claimed she’d barely spoken to Brandi and suggested she had no real relationship with her.

“It’s not my place to decide if they’ve had a sexual relationship or not. But they do have a friendship and it’s feasible that they could have had that conversation,” Teddi noted. “So to completely deny it now makes me trust you even less and believe Brandi even more.”