Home Real Housewives of Beverly Hills News Lisa Rinna Issues “Warning” to RHOBH Costar Whose Kids Will “Soon” Be Teenagers and Suggests Their Co-Stars Will “Go After” Their Kids, Is She Targeting Garcelle Beauvais? See Her Shocking Posts

Lisa Rinna Issues “Warning” to RHOBH Costar Whose Kids Will “Soon” Be Teenagers and Suggests Their Co-Stars Will “Go After” Their Kids, Is She Targeting Garcelle Beauvais? See Her Shocking Posts 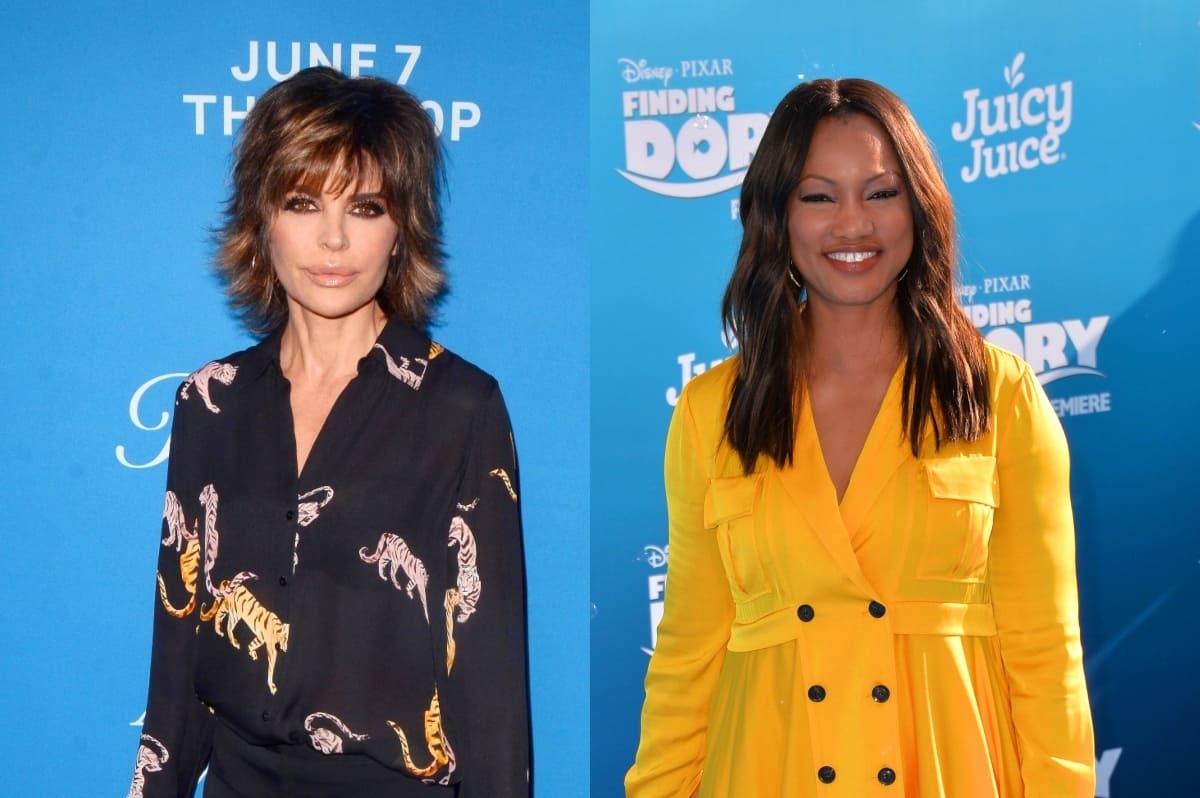 Days after Garcelle revealed Lisa told her the cast would “come for” her if she were to return for a second season at the virtual reunion taping last month, Lisa took to her Instagram Stories, where she shared a series of messages and told someone with pre-teens that the cast could potentially “go after [her] kids.”

“I pray for all of the Moms on our show who have kids who will someday soon be teenagers on the show.” Lisa wrote, according to a screenshot shared by Queens of Bravo on Twitter. 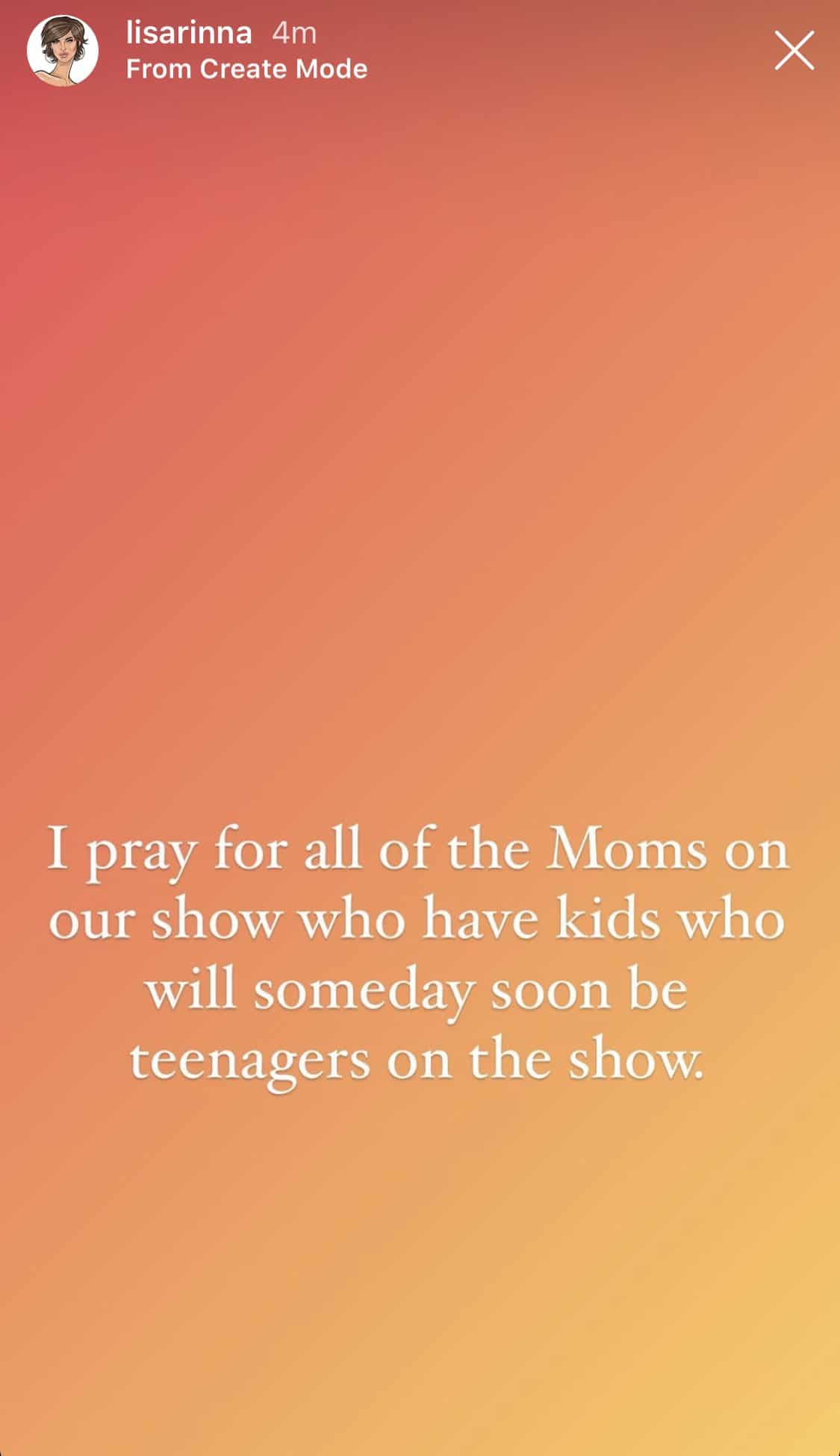 As RHOBH fans well know, Garcelle is the only cast member, aside from Kyle Richards, whose youngest children, 12-year-old twins Jax and Jaid, are about to be teenagers. While Kyle’s youngest daughter Portia is also 12, she and Lisa appear to be on good terms, which makes it unlikely that the warning was for her.

Following her initial post, Lisa shared two more messages on her Instagram Stories, both of which were also screen-grabbed by Queens of Bravo.

In the first, Lisa noted that while the woman in question was upset about her dirty laundry being aired, that wasn’t anything compared to what she could be put through if the cast was to go after her kids.

“You’re crying about your s**t being put out there wait until they go after your kids,” Lisa shared. “Don’t say I didn’t warn you.” 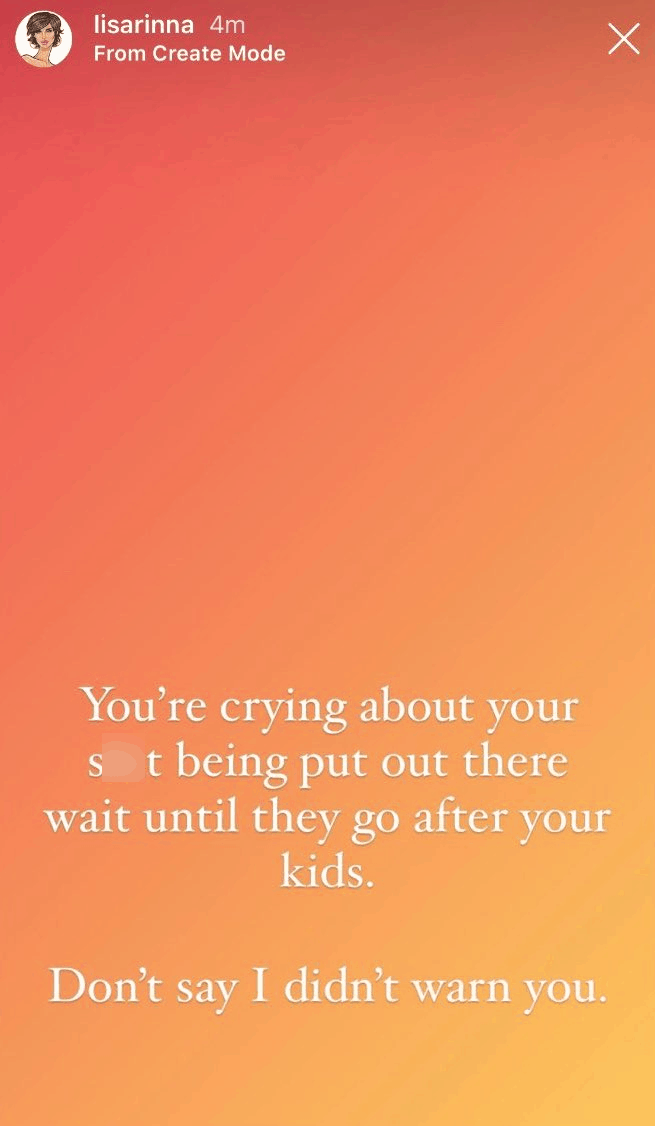 In the second, Lisa confirmed that her prior posts were, in fact, warnings.

“Is this a warning?” she asked. 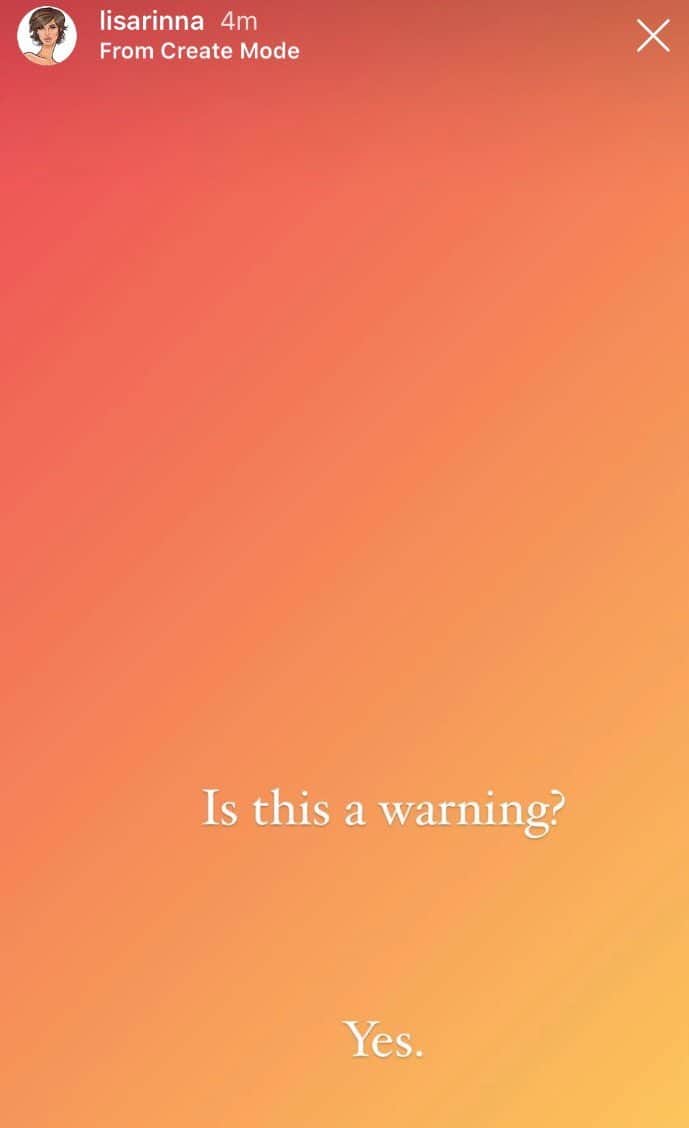 Earlier this month, after Garcelle was seen slamming Lisa for sharing racy Instagram videos of herself dancing, despite her daughter Amelia Hamlin‘s “body issues,” Lisa fired back at her castmate’s “mom-shaming” by calling her out for the “low blow” and dissing her “nasty” comments.