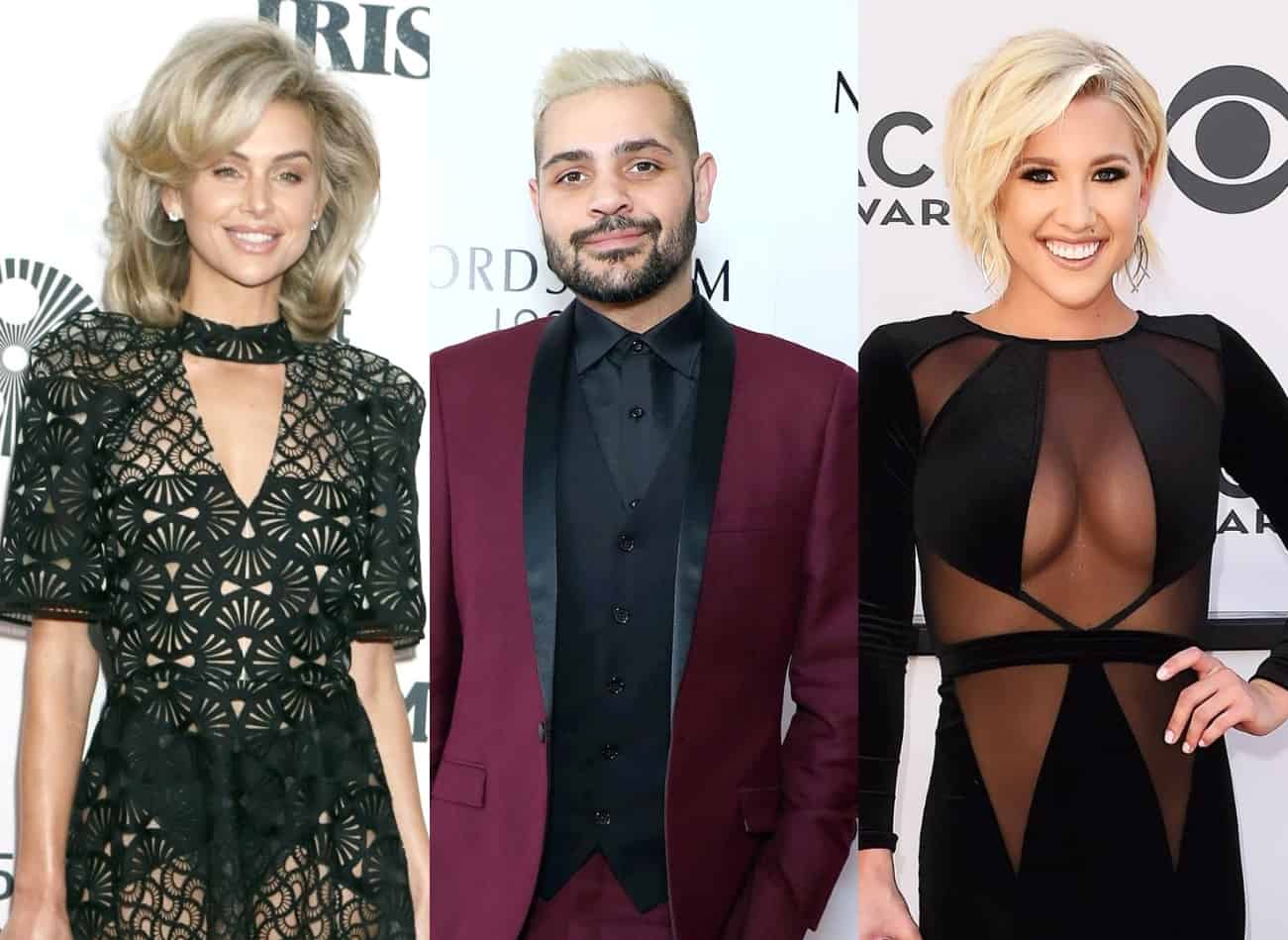 As Chrisley Knows Best star Savannah Chrisley came forward on Instagram and said the designer refused to dress her because she wasn’t “famous enough,” just as Lala previously suggested he did to her, Lala accused Michael of lying about what went down between them as he slammed both reality stars for acting as if they were “entitled” to free stuff.

“Y’all… Designer Michael Costello is currently bashing [Kylie Jenner] for not giving credit to certain designers. And then [Lala Kent] came forward saying Michael refused to dress her because she wasn’t ‘famous enough.’ And HE DID THE SAME THING TO ME FOR AN NBC EVENT!!” Savannah wrote on Instagram. “Wouldn’t dress me because I just wasn’t famous enough for him. It’s truly so sad. But then [Walter Collection] dressed me in this gorgeous design and made me feel so much better!!”

“You look stunning. This dude keeps using the word ‘free.’ We couldn’t get ahold of you to even ask you to give it to us for free.”

As Pump Rules fans well know, Lala was supposed to marry fiancé Randall Emmett in April of this year. However, due to the coronavirus shutdowns, they were forced to postpone the event.

Although Tamra Judge, formerly of The Real Housewives of Orange County, weighed in on Savannah’s post about Michael with disbelief, claiming he’s the “nicest guy in the world,” Randall applauded Savannah for calling him out. 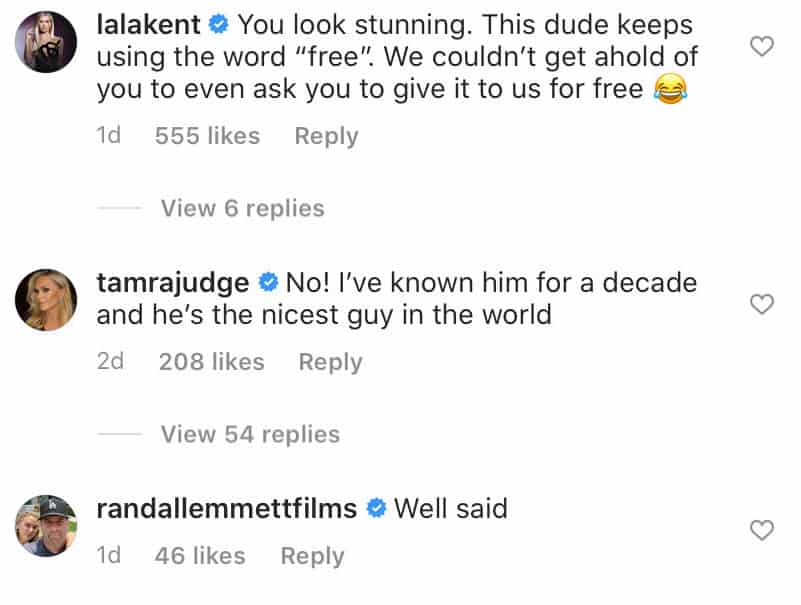 Michael also responded to the post himself, claiming that he doesn’t know Savannah at all.

“Not everyone should expect something for free if they are on a reality show,” Michael told her. “Had I known you personally and you followed me and reached out things could have been different but we are not friends and do not know each other on that level, there is no reason why you should feel entitled for me to dress you or make you something for free for you or Lala.”

“It doesn’t matter how famous any one is all of my high profile clients respect me and my work and come to me when they have a vision and budget. God bless,” he added. 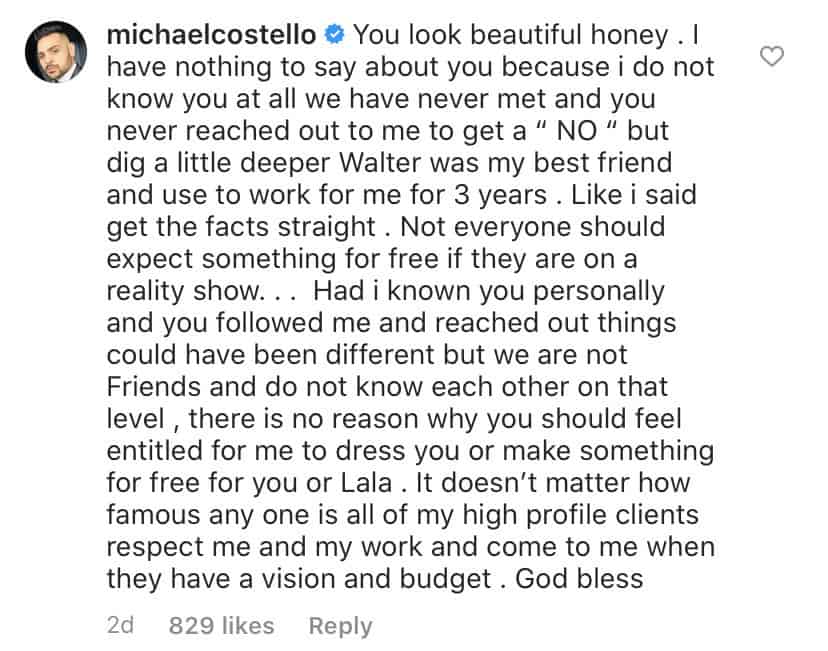 In response, Savannah denied requesting anything for free and slammed the designer for “tearing women down.”

“You are so kind..now that you’ve been called out…let’s get it straight. I need nothing for FREE nor have I ever asked anyone to do anything for me for free,” she wrote. “Being famous has more to do with making your brand famous because the people you dress are YOUR success and I applaud you for that! Maybe stick to designing and your amazing talent instead of tearing women down. By the way…I spoke with your sister or cousin…whichever works with you who conveyed your message that I wasn’t famous enough for you to dress…yet I was famous enough for you to respond? You are responsible for the people who work with you or for you. We all make mistakes but judging people based off of your definition of ‘fame’ is not okay… I hope we can all learn from this situation and allow it to better us and move forward! May God bless you in every aspect of life!” 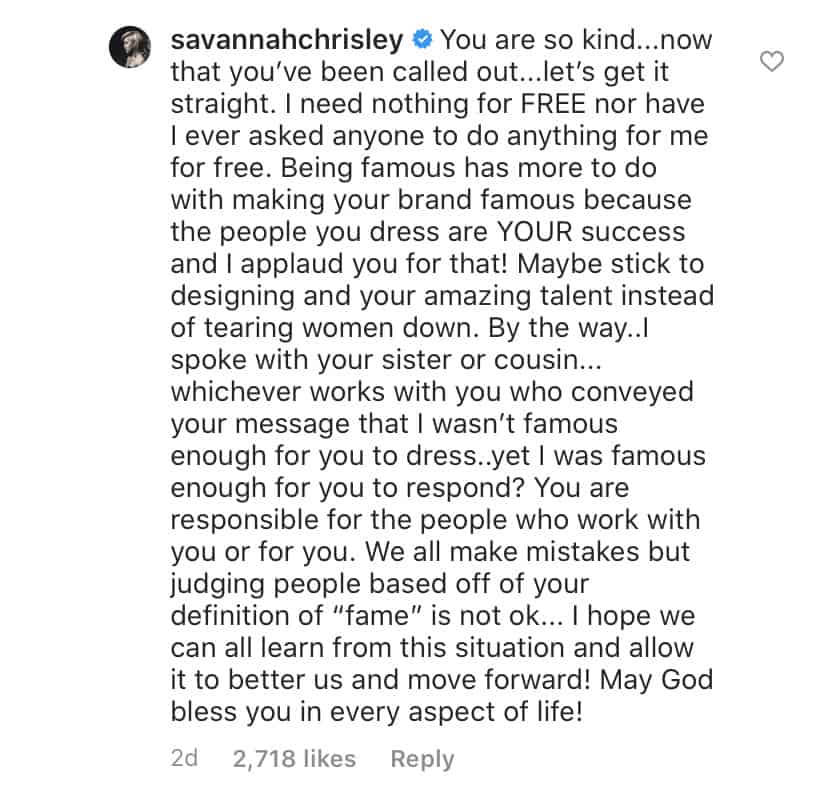 Chrisley Knows Best season eight airs Thursdays at 9 p.m. on USA and Vanderpump Rules is currently in between seasons.