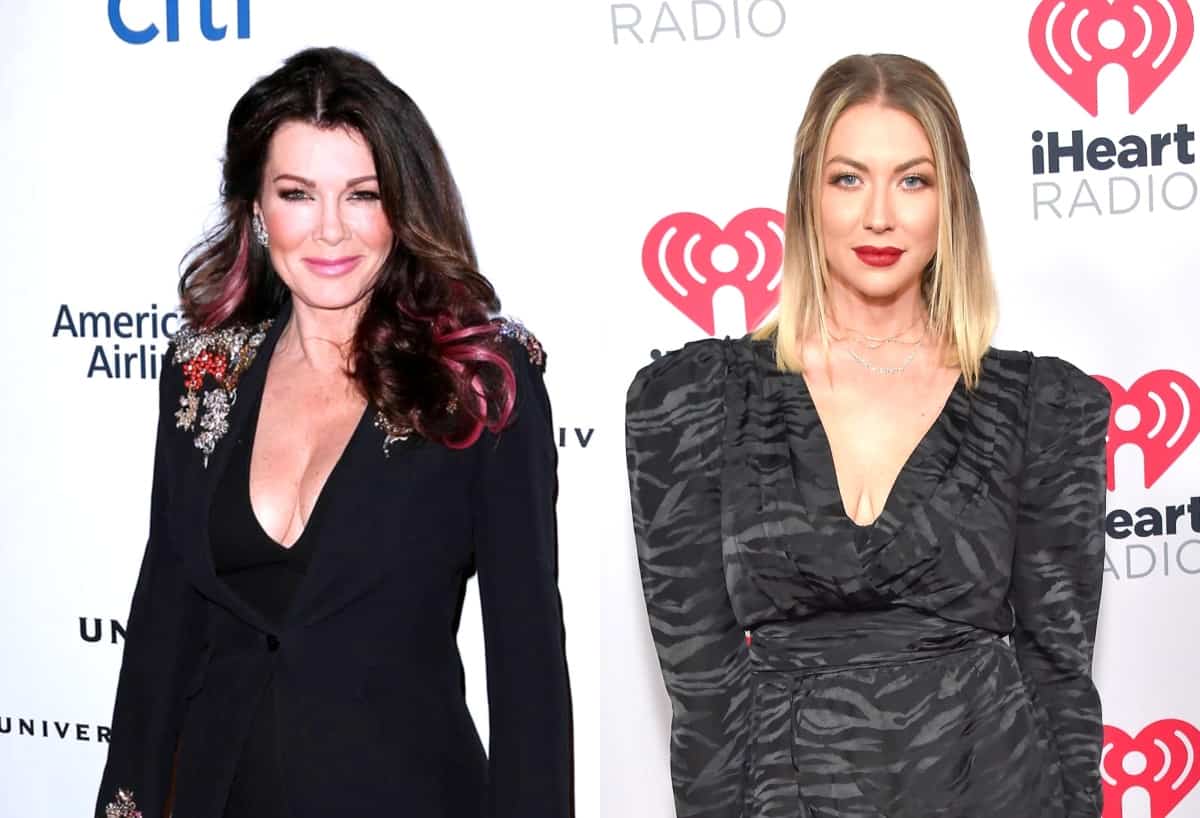 Lisa Vanderpump is setting the record straight about the swirling rumors regarding a Stassi Schroeder spinoff.

Following a report claiming Stassi was back in touch with her former production company, Evolution Media, and plotting a potential return to television after being fired from Vanderpump Rules in June due to allegations of racism, the former Real Housewives of Beverly Hills cast member took to her Twitter account, where she shut down the “false rumor.”

“I’ve been asked repeatedly and unfortunately it’s not true, false rumor, I work closely with [Evolution Media] no authenticity to story regarding spin off for Stassi Schroeder,” Lisa tweeted on August 25. “Good morning everybody.”

Following the post, one fan wondered if people were truly questioning Lisa about the ex-Pump Rules cast member.

“Wait…did anyone actually ask you? Or is this just a ploy for PR time?” one person asked.

Then, when another Twitter user seemingly wondered why Lisa had included the word “unfortunately,” Lisa explained that she wasn’t suggesting it was “unfortunate” that Stassi wasn’t getting her own show. Instead, she was saying that the spreading of false information was unfortunate.

“Unfortunate to be the subject of bogus stories,” Lisa explained. 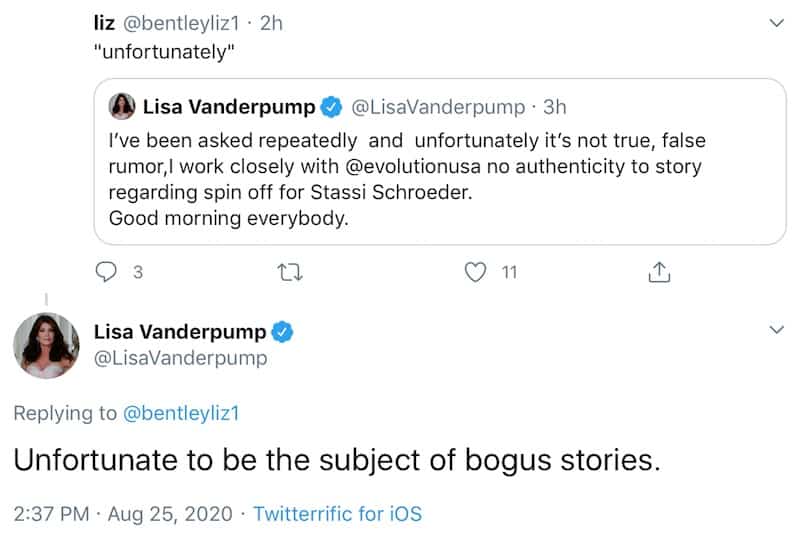 Last week, an insider claimed to TMZ that Stassi was considering “future projects” with Evolution Media and that there was interest coming from both sides. It was also noted that while Stassi could eventually team up with the company on a new show, she could not legally do so until her contract with Bravo expires in six months.

There have also been rumors going around in regard to a Pump Rules spinoff based out of TomTom, but Lisa has yet to confirm or deny the authenticity of those reports.

As for a potential ninth season of Vanderpump Rules, Bravo has yet to officially renew the series.