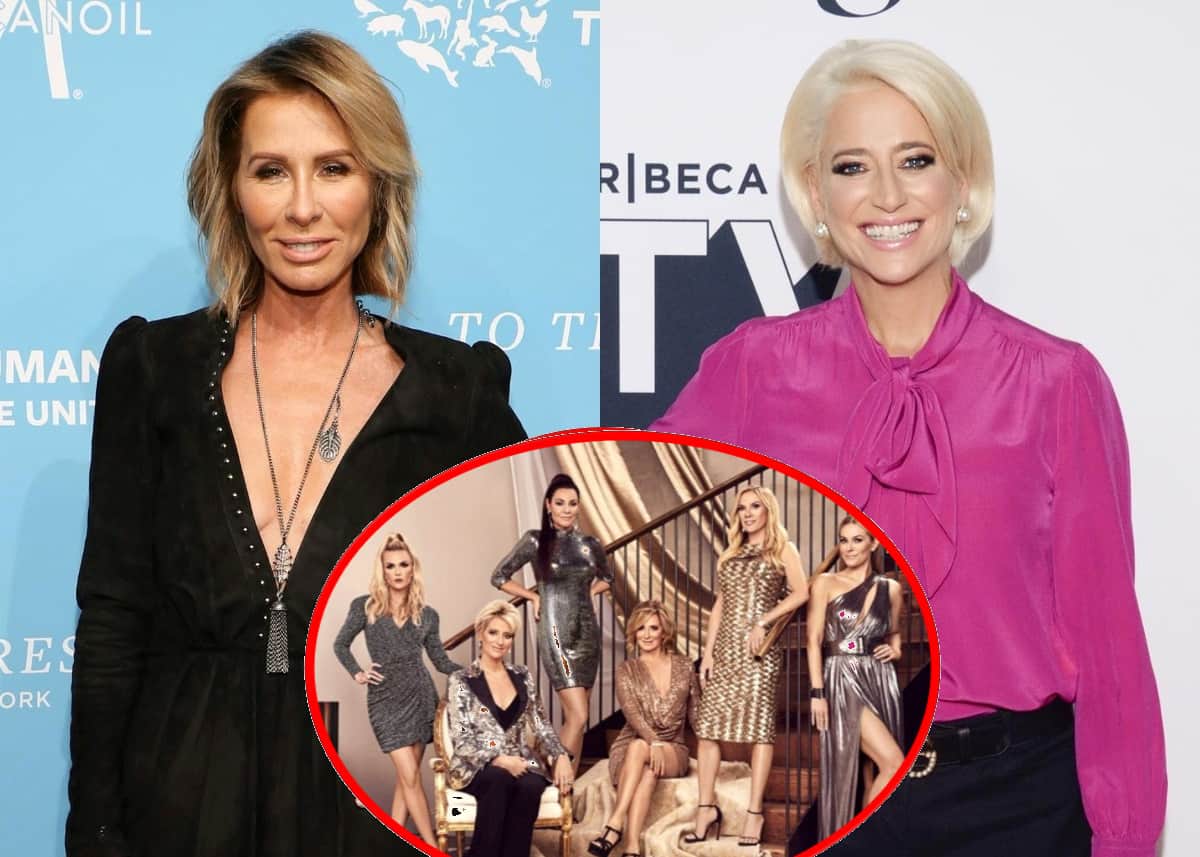 Carole Radziwill is celebrating her former Real Housewives of New York City co-star, Dorinda Medley, following the news of her departure from the series. She’s also throwing a little shade toward the other cast members and production on the show … for good measure.

The news about longtime cast member Dorinda shocked the Bravoverse yesterday when fans became aware of her exit (or firing?) from the franchise. Numerous Bravoleberities as well as her RHONY co-stars, past and present, expressed their grief over the matter, sending well wishes her way.

Carole, whose tenure on the series lasted for six seasons, also expressed her sadness over Dorinda’s departure on Twitter, praising her personality and “honesty.” The former RHONY star wasn’t all praise, however, hinting at a dishonest cast and “manipulated” production on the show.

“And so it goes….#Rhony Fans will miss her quips, her humor, her in your face bulls–t detector & her intelligence,” Carole began her post about her friend with an attached photo of the two. “But what they will come to miss the most is her honesty and realness in a sea of mendacity. Onward, my love. @DorindaMedley.” 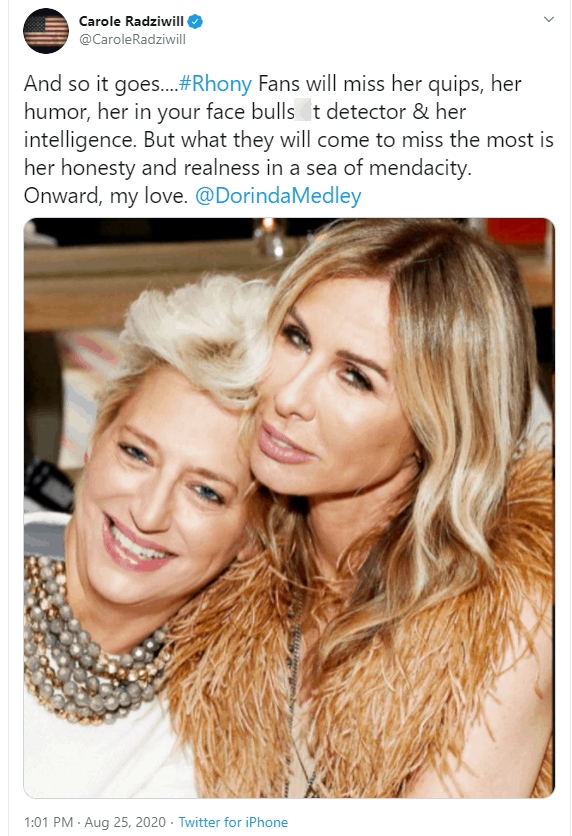 The journalist continued her sentiments in an additional post, noting how “real” Dorinda was on the show and slamming the cast and production for their alleged deception.

“Dorinda was the only ‘real’ HW. So no more truth telling too,” Carole wrote. “Trust me that’s a main reason cast is let go. Telling the truth & exposing fake cast members & their storylines & how its [sic] all manipulated by production. I will never tire of saying I told you so about Trump, and this ????????.”

Dorinda was only "real" HW. So no more truth telling too. Trust me that's a main reason cast is let go. Telling the truth & exposing fake cast members & their storylines & how its all manipulated by production. I will never tire of saying I told you so about Trump, and this.???????? https://t.co/7CPgAEFDKe

Even in responding to a user’s tweet, Carole continued to diss her former castmates, calling out a certain someone while defending her friend.

“Dorinda is a good person but when she drinks it gets ugly, & she gets too defensive in an argument,” the user wrote. “Nail in the coffin for me was on WWHL when she just doubled down ????[.]”

“Hmmm…well I don’t believe she ever assaulted a police officer. ????[.]” Carole replied.

Hmmm….well I don’t believe she ever assaulted a police officer. ???? https://t.co/OrJpdXZGV0

This isn’t the first time Carole has called out the RHONY cast, claiming back in May that Bravo “invented” a “ride or die friendship” between her and Dorinda nemesis Tinsley Mortimer. Tinsley went on to deny the “bs” claim, and she even called out Dorinda at the time for allegedly lying about blocking her on social media.

Series OG Ramona Singer joined her castmates in posting about her friend’s exit, sharing a sweet photo of the two to her Instagram. The reality star noted that the photo was taken before Dorinda came on the show, highlighting a friendship that lives on whether or not cameras are rolling.

“This photo was taken before @dorindamedley joined the show,” she captioned the post. “I’ve had some wild times with her…we have had our ups and downs …Dorinda will always have a special place in my ❤️. You will be missed[.]”

The Real Housewives of New York City airs Thursdays at 9 p.m. on Bravo.