Tinsley Mortimer Denies ‘BS’ Claim That Carole Radziwill Friendship Was Fabricated, Reveals “Liar” Dorinda is the One Who Blocked Her and If She Has RHONY Regrets 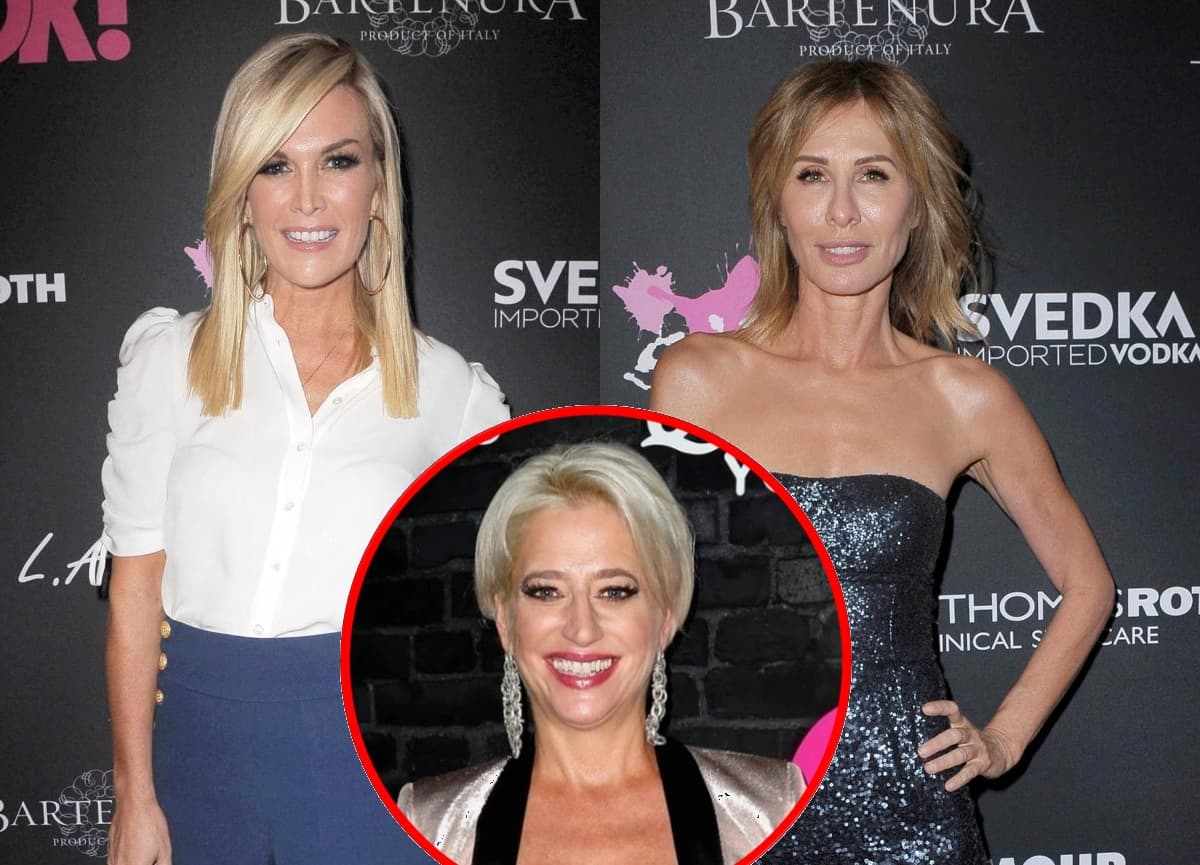 Tinsley Mortimer is clearing the air about a few things now that she’s moving on from The Real Housewives of New York City.

RHONY fans experienced a major shock on Thursday’s episode when Tinsley got her fairy-tale ending and left town for a new life in Chicago with fiancé Scott Kluth. Now, Tinsley is dishing on her friendship with Carole Radziwell, how she couldn’t trust Dorinda Medley with her feelings, and if she has any regrets.

The reality star shared her take on the June 11 episode of Watch What Happens Live, first commenting on former friend and castmate Carole’s recent comments about their “ride or die friendship” being “invented by Bravo.”

“I mean it’s total bulls–t,” Tinsley said. “We went on trips together not on camera! I thought she was my friend. I don’t think Bravo created anything.”

Tinsley went on to explain how maybe the “ride or die” aspect of it was a stretch, but she none the less felt she and Carole had a genuine companionship.

Host Andy Cohen then asked Tinsley if she had heard from Carole at all since her engagement, considering it was Carole who set her up with Scott.

The socialite continued the conversation by detailing her other RHONY friendships, noting how the one with Dorinda this season was anything but “ride or die.”

“It was so frustrating because … for Dorinda to have been SO concerned about whether I was with Scott or not with Scott or trying to say that I was or I wasn’t at different times … for her to be so concerned about my relationship it seemed very disingenuous,” Tinsley remarked. “[All] of a sudden, I’m back to together with Scott, I just got back from Chicago, and why isn’t she asking questions now? Why is it just like, ‘Oh, I don’t even care now.’ How is that somebody that I would ever want to really share all my feelings with and what’s going on in my life if that’s her reaction?”

The Virginia native went on to explain how it was actually Dorinda who blocked her on social media, not the other way around, as the 55-year-old previously alleged.

“After the orchard [episode], she blocked me, and I think she blocked me because everybody was going off on her on her Instagram, just telling her that she had been horrible to me, so that’s why I assumed that she blocked me,” Tinsley shared.

“She said you blocked her,” Andy replied.

“She did because she’s a liar,” Tinsley explained. “To all of her followers she wrote, ‘She blocked me!’ but I did not. I’m not that petty, I wouldn’t do that.”

The 44-year-old then reflected back on her time on RHONY during the “Do! You! Regret It!” game on the show, sharing how she actually had no regrets during her tenure. From making out with Leah McSweeney in Newport, to the booze-fueled skinny dip in the Hamptons, to organizing the Cartagena boat trip from hell — Tinsley owns it all.

“It was sad, it was scary — all of it — but you know what, I knew it was right and I knew I had to do it,” she said. “I knew if I didn’t do it, I would regret it. The outcome has been amazing. I didn’t know we were gonna get engaged so soon, I had no idea.”