by Lindsay Cronin May 30, 2020 79 comments
ShareTweetWhatsappPinterestRedditTumblrMailFlipboard 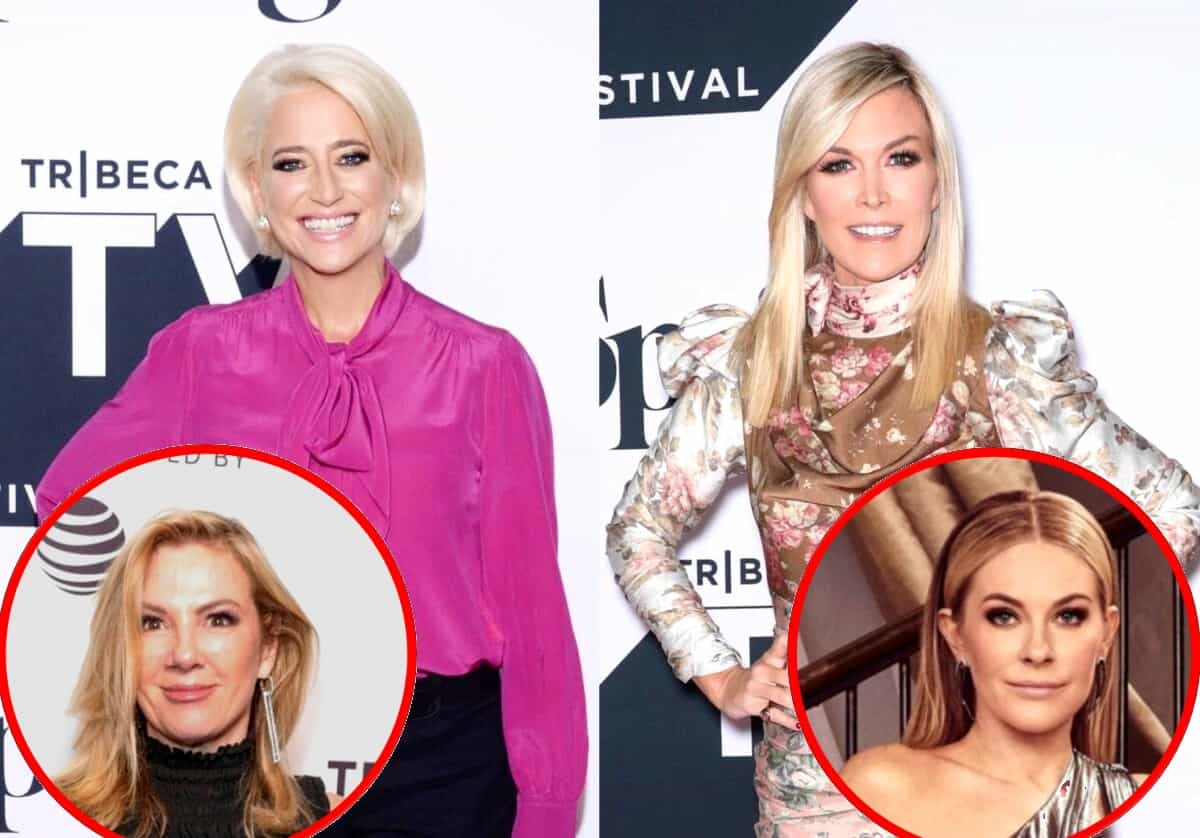 Dorinda Medley revealed that she’s been blocked by Tinsley Mortimer on Instagram after getting called out for failing to include her in her promo post for Thursday night’s episode of The Real Housewives of New York City.

After sharing a group photo from their cast trip on Instagram on May 28, Dorinda reacted to a couple of fans who suggested she was trying to make a statement by leaving Tinsley out of the post before sharing her thoughts on Ramona Singer‘s accusations against Leah McSweeney and her comments about death on Twitter.

“I can’t I’m blocked,” Dorinda replied, along with a kissing emoji. 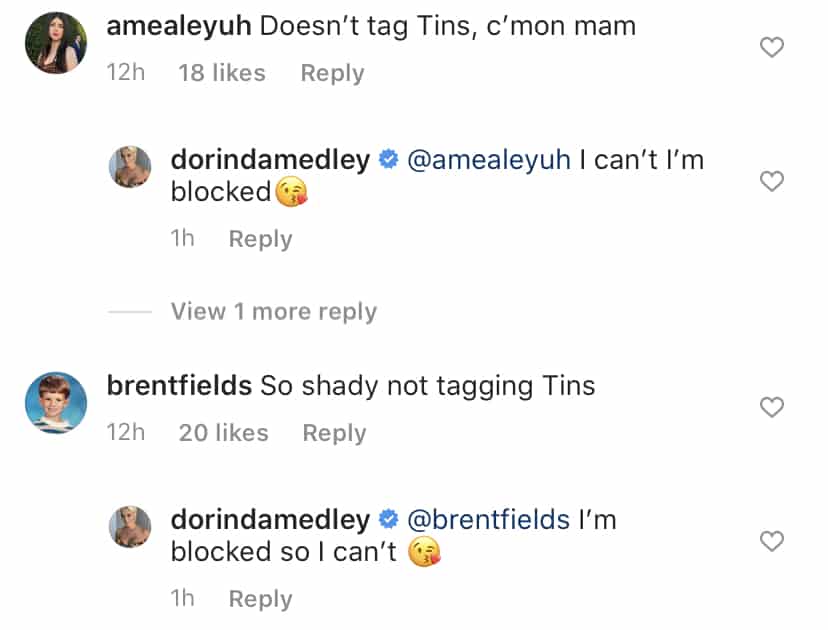 As fans have seen, Dorinda and Tinsley have been at odds with one another for the past several weeks on the show and at times, it’s appeared as though Dorinda had made a habit of attacking her co-star for both her life choices and her relationship ups and downs.

Dorinda also addressed her drama with the RHONY cast on Twitter by taking aim at Ramona for spotlighting Leah’s potential drinking problem and failing to respect her ongoing grief over the loss of her late husband, Richard Medley.

“YES CALLING A PERSON AN ALCOHOLIC IS MAJOR and irresponsible,” Dorinda said as she tagged Ramona and including the hashtag for “stupid.”

“By the way not ex husband, LATE husband,” Dorinda added with hashtags for “be respectful” and “gross.” 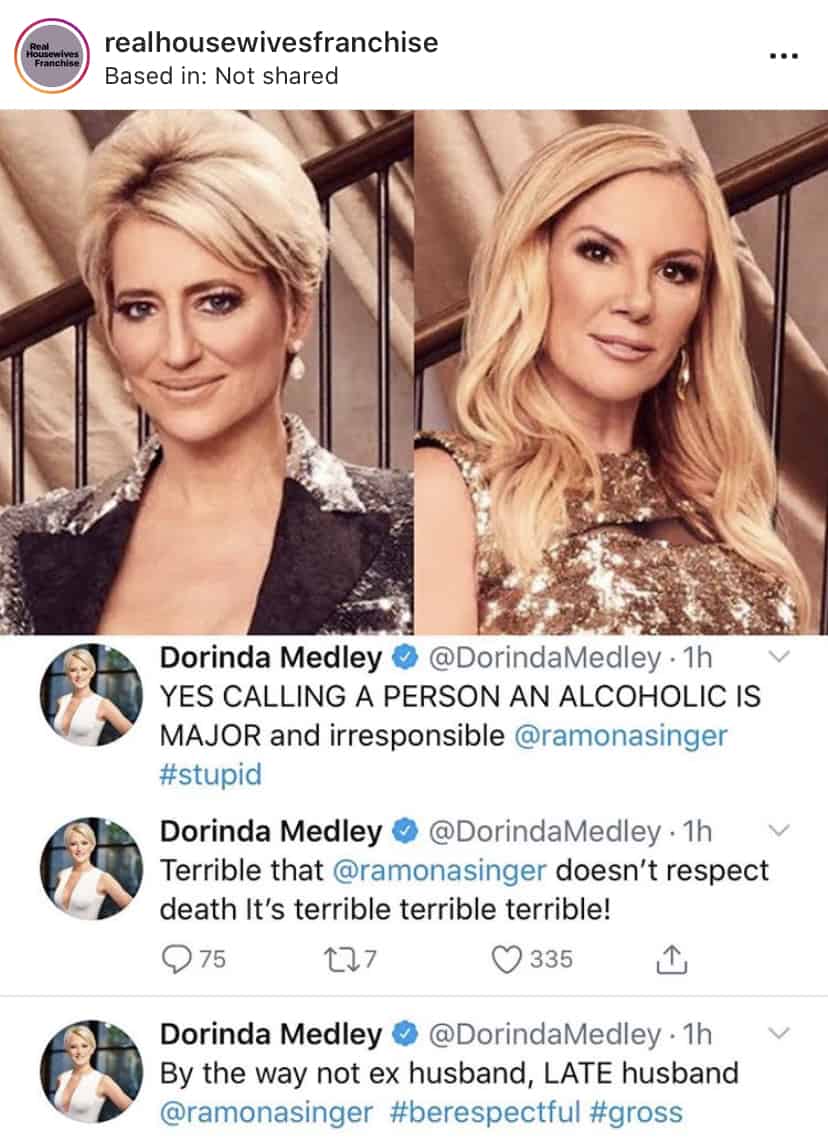 Dorinda also shared another tweet in which she suggested that Ramona was exhibiting double standards with the way in which she allowed herself to look back on her childhood issues but didn’t allow others to go through the same process of coping with hardships.

“Hmmm?! [Ramona Singer] speaks about her childhood 50 years ago?” she wondered.