Carole Radziwill Says Bethenny Frankel Was “So Mean” to Everyone on RHONY Cast, Suggests Bravo “Invented” a “Ride or Die Friendship” Between Her and Tinsley Mortimer

by Cynthia Cook May 27, 2020 48 comments
ShareTweetWhatsappPinterestRedditTumblrMailFlipboard 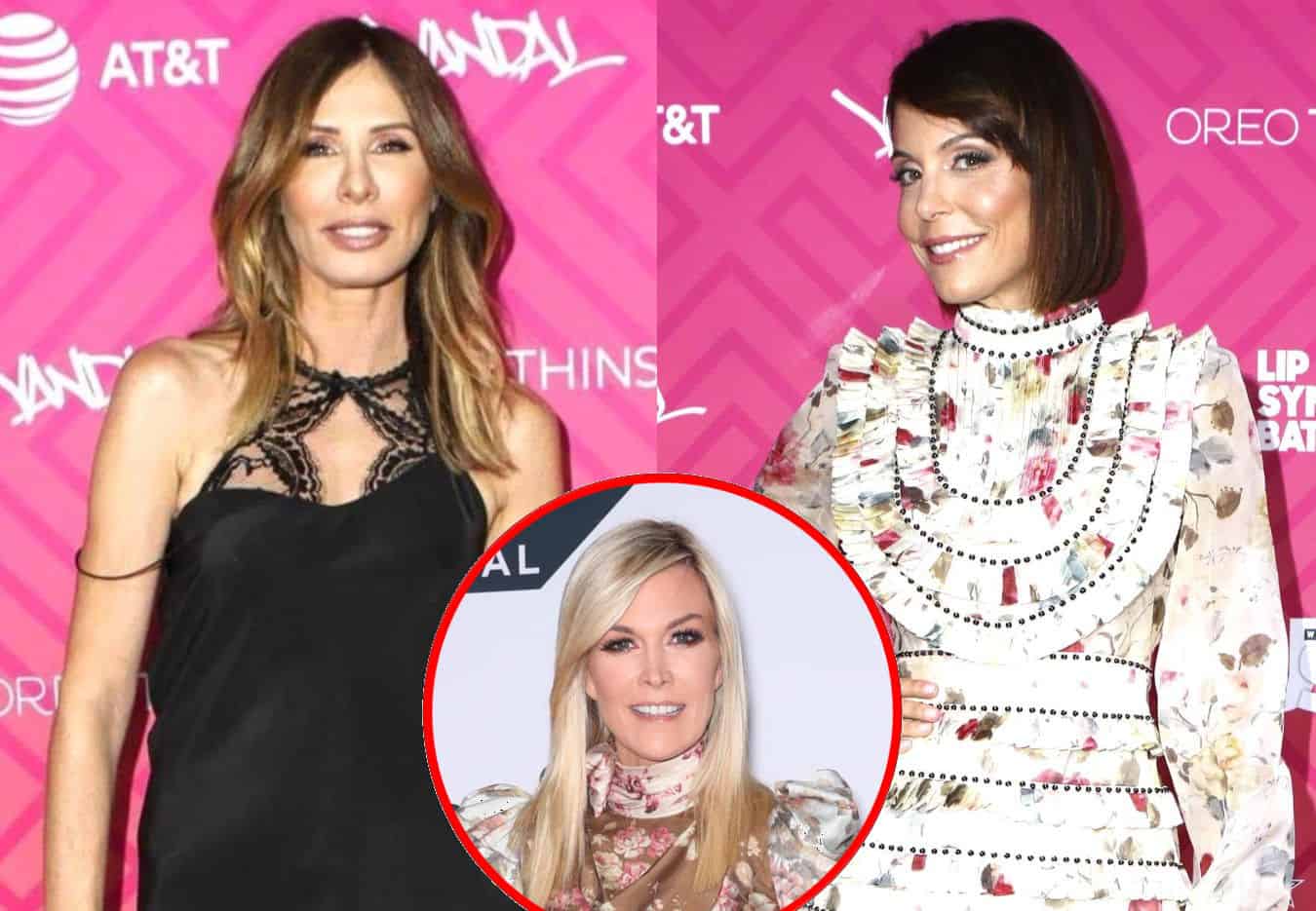 Carole Radziwill is calling out Bethenny Frankel‘s behavior from season 10 of The Real Housewives of New York City while insinuating the close friendship between herself and Tinsley Mortimer was “invented” by producers.

The RHONY alum took to her Twitter page on May 26 to call out her former friend by responding to a user who was re-watching season 10 of the show and reflecting on the drama between Carole and Bethenny.

The user tweeted how she was “seeing Bethenny in a whole new light” and noticing how her jealousy of Carole might have been the cause of the tension between the two.

“Just because @CaroleRadziwill got a haircut & is friends with Tinsley doesn’t mean she’s ‘too cool.’ Bethenny was feeling threatened & projecting,” the user wrote in her post.

Carole retweeted the post with her response. She reminded her followers how ridiculous the whole “haircut” situation was for her while once again mentioning that RHONY editors made her friendship with Tinsley appear to be much deeper than it actually was.

“The Haircut! Who knew the haircut would send Bethenny into a tailspin ending with sticking her head in a freezer in Cartagena ????,” she wrote in the tweet. “She was so mean to everyone else, figured she could handle a new look. Of course there was also the Bravo invented ride or die friendship w/Tinsley ????.” 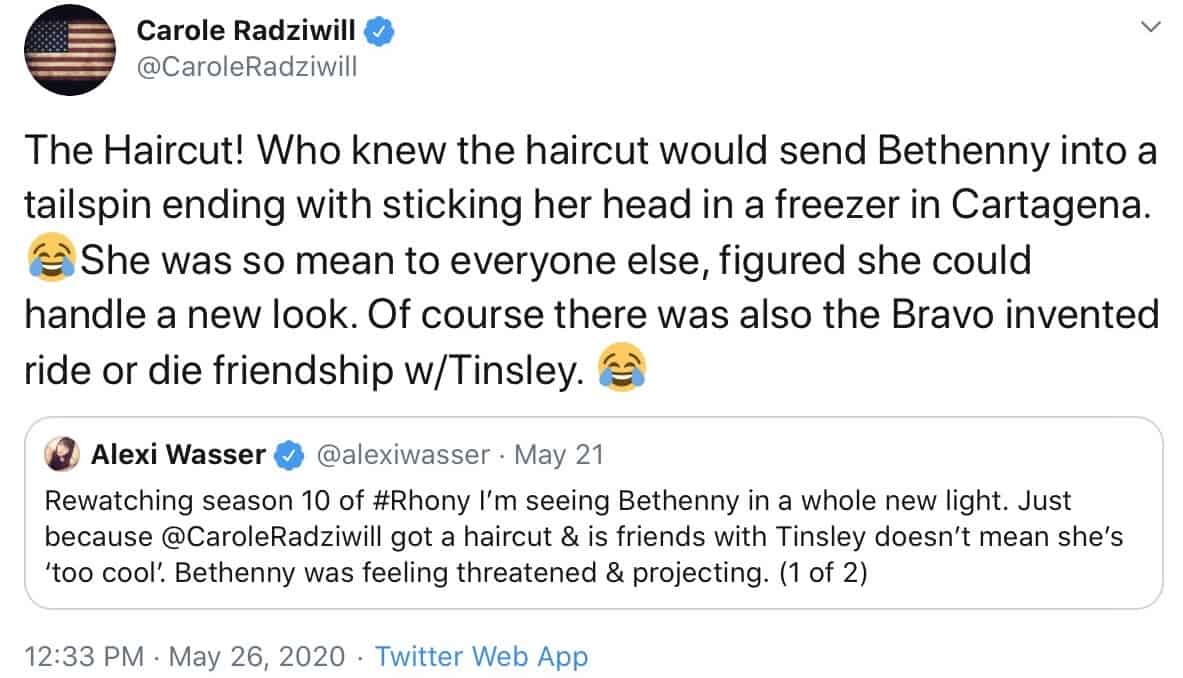 The two have definitely feuded over the years, but things seemed to have reached a peak while filming RHONY, as the former besties devolved into frenemies (or maybe just enemies).

Since her departure from the franchise in 2018, Carole confirmed she would not return to the show — even with Bethenny now gone.

“No, I would not return,” Carole told Hollywood Life on January 14. “There’s women on the show that I still have a genuine connection with, who I respect, and admire, but I would not go back on the show. It’s not something that I would ever consider doing again, because it just feels like there’s really not more to explore there for me.”