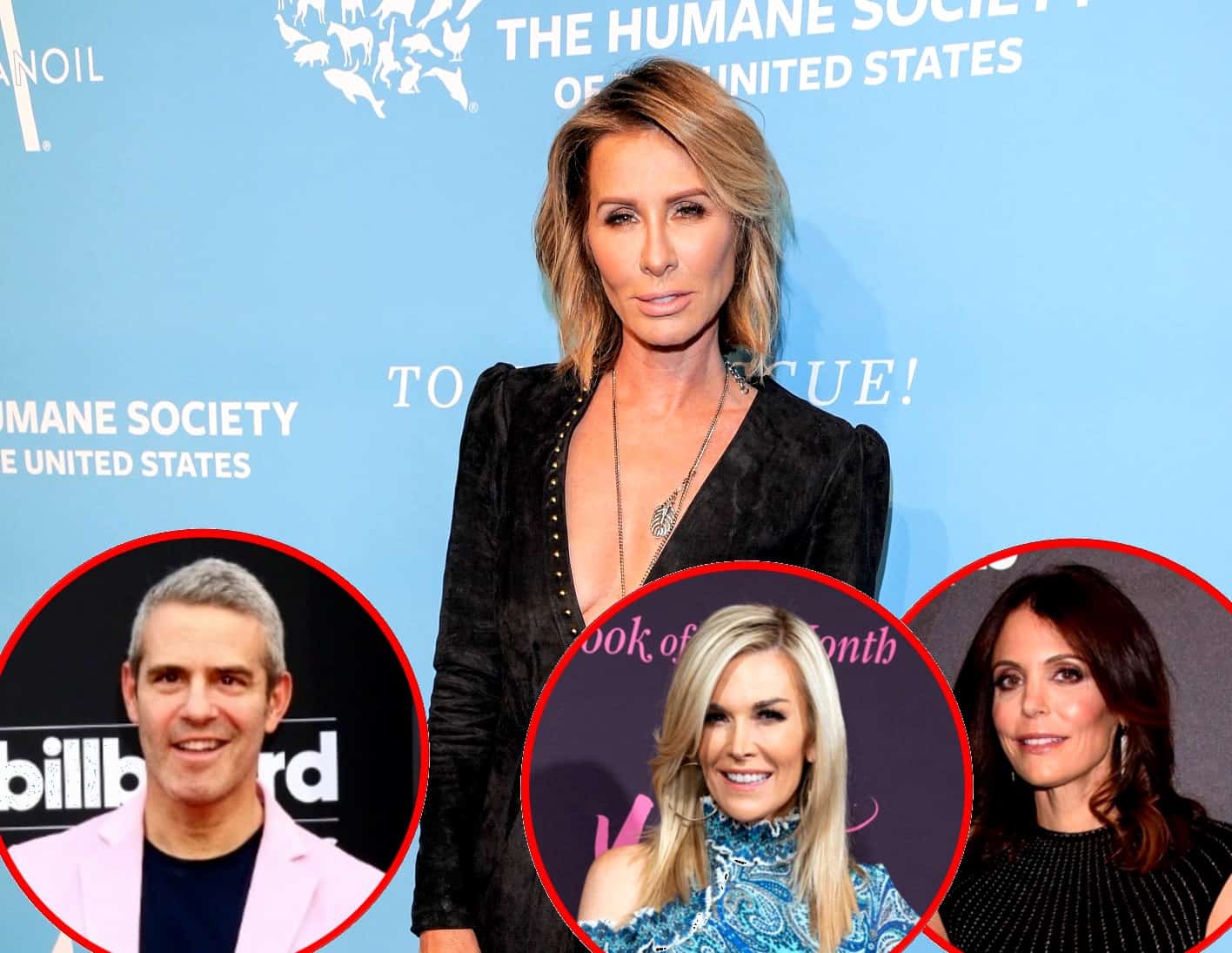 Carole Radziwill is standing by her comment that Andy Cohen is “full of sh*t,” which she initially made at the Real Housewives of New York City season 10 reunion in 2018, as she opens up about their feud and the turning point in their relationship.

During an appearance on The Jenny McCarthy Show on Tuesday to promote her participation in the A&E documentary Biography: JFK Jr. The Final Year, Carole looked back on her six years with RHONY. She addressed a number of hot topics, including her falling out with Bethenny Frankel and her current relationship with Tinsley Mortimer.

“If I said it, it was true. And he was and he knew it,” Carole said of her “full of sh*t” comment about Andy.

“That was nothing. There was so much more that I’m sure that they didn’t air. That was really difficult. That was a turning point,” she continued.

According to Carole, she didn’t appreciate the way in which Andy sided with Bethenny during the reunion, and she suspects the questions he was asking were actually written by her former friend.

“[Andy] was supporting Bethenny in this way that was just… I’d never seen him in any other reunion do that. And it wasn’t just with me, it was with everyone. He’d ask these questions that really, [Bethenny] probably wrote,” she explained.

As for her friendship with Bethenny, Carole said she considered her a good friend up until season 10.

“I was like, ‘What is she saying?’ None of what she was saying was true,” Carole admitted. “There was no dumping her friendship, not even distancing myself. She was obviously constructing a storyline for herself that really wasn’t based in reality.”

“I was a very good friend to her,” Carole continued. “I supported her and her charities. I gave her a lot of money. I really cared about her. I think I was trying to establish some boundaries towards the end and sometimes people don’t do well with that.”

“It was just a little too much Bethenny and not enough Carole in that relationship, but I didn’t blow that friendship up and she knew that,” she added.

During season 10, it was suggested that the tension between Carole and Bethenny was the result of Carole’s closeness to Tinsley. However, according to Carole, she wasn’t nearly as close to Tinsley as it seemed.

“Tinsley and I weren’t really clicking. We were on the show together. No one wanted to film with her that much. I had fixed her up with this guy I knew. So, it seemed like an easy way to do scenes together and we filmed a lot together. But a lot of it was, you know, ‘Oh, you are going to stay in Tinsley’s room,’ [when producers] divvy up rooms,” Carole explained. “I was like, ‘Ok, but that’s not really what I would do. I’d normally go to The Hamptons, I’d stay at Bethenny’s house. This is weird that I’m staying at Tinsley’s.’ And Bethenny knew that.”

In fact, since wrapping production on RHONY season 10 in 2018, Carole hasn’t seen or spoken to Tinsley.

Reflecting on her time on the show, Carole said that while she doesn’t have any regrets about appearing on the series, it was “hard.”

“I think at the end, I didn’t trust the process and that made me nervous,” she said. “I’m glad it’s over.”

The Biography: JFK Jr. The Final Year documentary is currently available on A&E.