Bethenny Frankel Deletes Tweet About Mac Miller’s Death After Fans Label It ‘Insensitive,’ Plus Carole Radziwill Accuses Her of ‘Making Money off Girls She Skinny-Shames’ 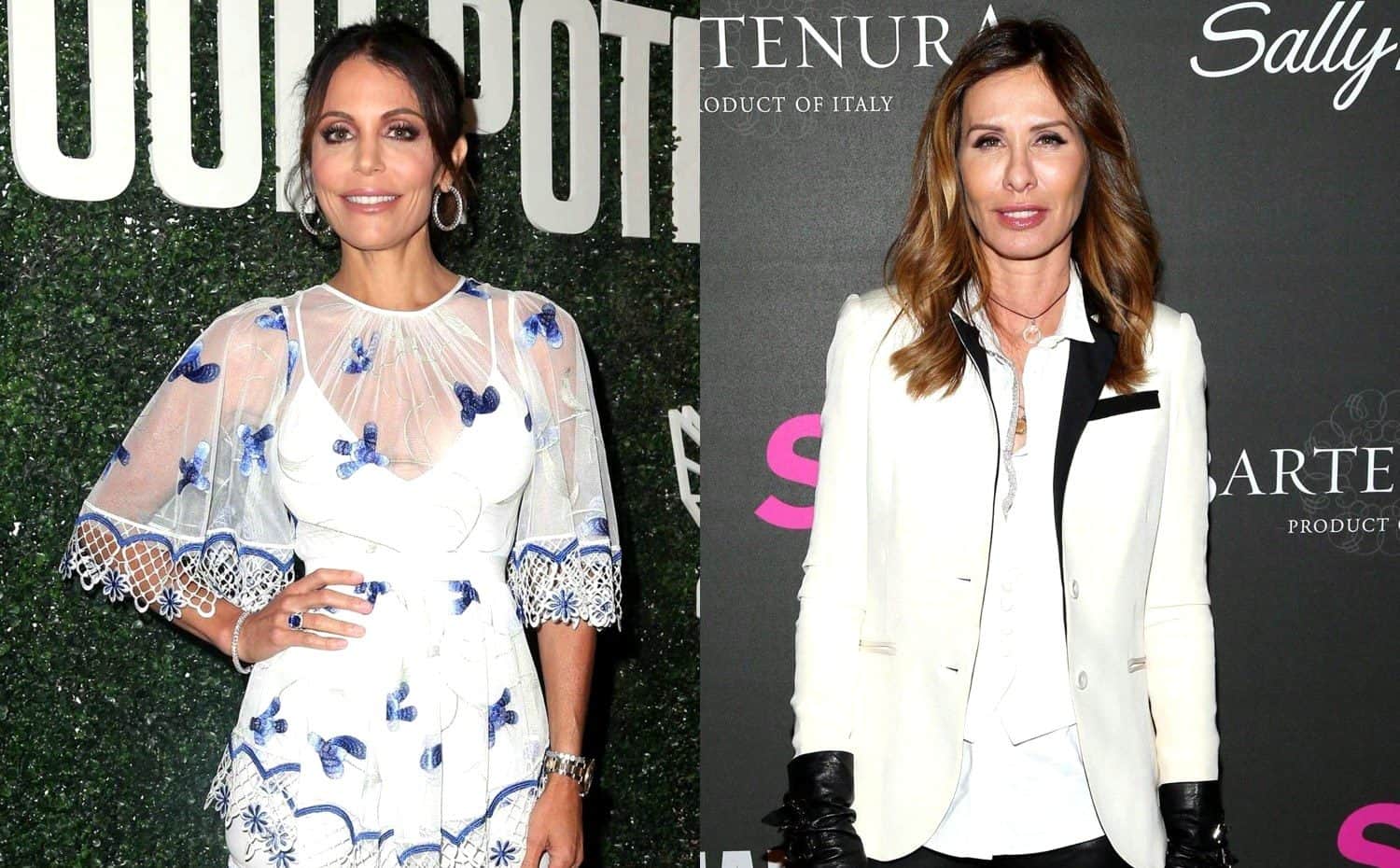 The Real Housewives of New York City star Bethenny Frankel has deleted a tweet she posted on Friday about rapper Mac Miller’s death following backlash from some of her followers.

26-yr-old Mac was found dead yesterday, of an apparent drug overdose. And, as most RHONY fans are aware, Bethenny’s boyfriend, Dennis Shields, recently passed away as well, last month, from an opioid overdose.

So, perhaps in an attempt to shed some light on the issue, Bethenny took to her Twitter page on September 7 and wrote, “So @MacMiller is dead. Let’s keep prescribing poison when we have a toothache.” 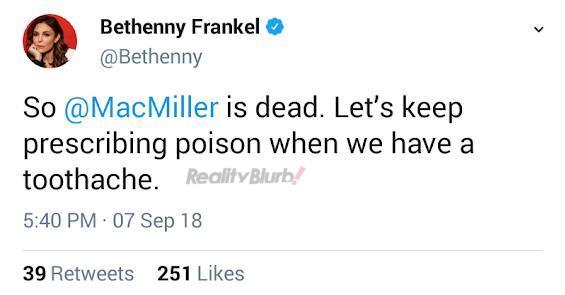 Right away, some fans and followers called her out for the tweet, stating it was simply too soon and calling it insensitive.

“Maybe a little too soon, Bethenny,” wrote one fan.

“I’m sorry for your loss Bethenny, yet I would think you’d have more compassion for people in chronic pain,” another person tweeted.

One Twitter user wrote, “Her point was ill timed and insensitive. This tweet did nothing productive to help the epidemic. As someone who’s still in recovery, I can only pray no one did that after my od and my family had to see it. It’s cruel.”

One person did feel that the tweet wasn’t shared out of malice.

“She removed it. I didn’t like the post either but putting myself in her situation, I’d imagine she was angry at another life lost. Let it go. She’s grieving. Love to @Bethenny,” that fan wrote.

Bethenny has since deleted the tweet. As of today, there has been no confirmation that Mac passed away from an opioid overdose.

In other RHONY news, Carole Radziwill may have quit her role on the show but her drama with frenemy Bethenny is alive and well.

During Wednesday night’s episode of The Real Housewives of New York City’s season 10 reunion, an Instagram live clip was aired, which featured Carole accusing Bethenny of using her Skinnygirl brand to body shame women. After the show, Carole reiterated her message to her fans and followers on Twitter.

“Yes Bethenny was offensive. She makes money off of girls who she age shames & skinny shames,” Carole tweeted. “I think she should listen to some very good advise from my friend and re-brand.”

Yes Bethenny was offensive. She makes money off of girls who she age shames & skinny shames. I think she should listen to some very good advise from my friend and re-brand. By the way, I believe B is turning 49 years old. It's nuts. ???? https://t.co/esWGIfz9tg

In another tweet, Carole noted that while some Real Housewives have become successful because of the Bravo TV franchise, she had a career long before she joined the show’s fifth season.

“Haha….yeah I had a real life, with a career and friends, before the Housewives, imagine that,” she laughed.

Haha….yeah I had a real life, with a career and friends, before the Housewives, imagine that. ???? https://t.co/wq6FOeD8uV

Since her exit from the show at the end of July, Carole signed a deal with Verve and currently has a number of projects in the works with the agency.

TELL US – THOUGHTS ON BETHENNY’S DELETED TWEET AND CAROLE’S TWEETS?