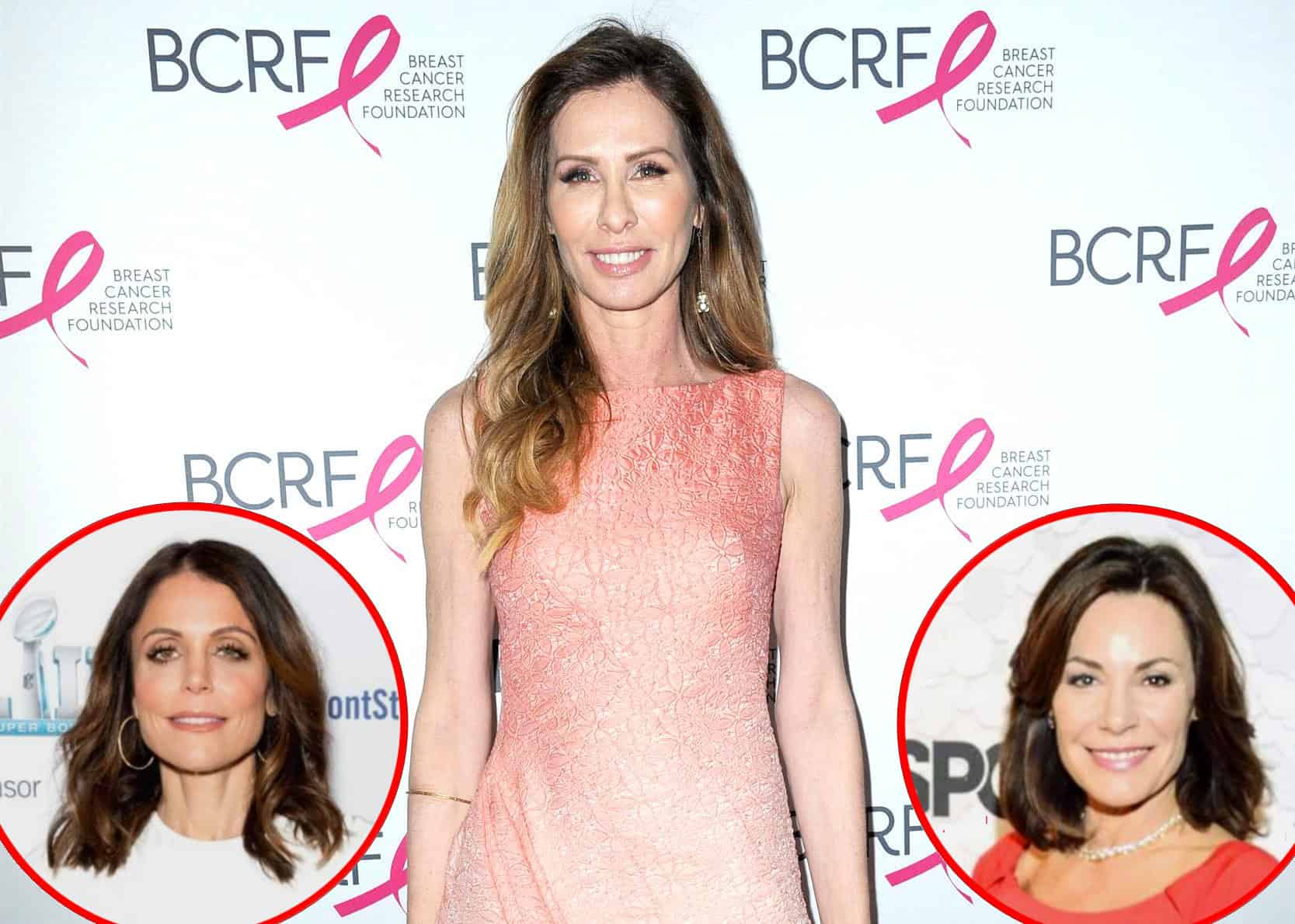 All hope may be lost for a Carole Radziwill and Bethenny Frankel reconciliation.

With every week’s new episode of The Real Housewives of New York City, the two women appear to be growing further and further apart and this week, Carole took to her Bravo blog and slammed her former friend for taking glee in being a b**ch and hurling insults at her co-stars in an effort to gain more airtime.

“I miss the old Bethenny — the one who didn’t take herself too seriously,” she wrote. “She was always a master at self-promotion and quick to insult. But that Bethenny was also quick to see when she was wrong, or had overreacted and quick to say sorry. Sure from time to time, she makes fun of herself, but now it’s just so she can mock us too, or for more camera time.”

“We are all puzzled as to why Bethenny takes such glee in being a b**ch,” Carole said. “Even when she is doing something great – like raising money for charities – she can’t help but be mean. It’s as if doing a good deed gives her permission to behave badly.”

According to Carole, Bethenny told so many people that she wasn’t supportive of her charity efforts in Puerto Rico that it nearly ended up in the newspaper.

“She screamed at Sonja when she learned Sonja only donated $150 to her cause; called Luann a loser for volunteering for the American Red Cross; called Adam an operator,”wrote Carole. “She told so many people that I didn’t support her that it nearly got in the newspaper. (I donated $5,000. I asked friends for use of their private planes.) When I ran the marathon she sent me a balloon, a hat, and a b**chy text.”

“On last week’s episode she says we have nothing in common because I am husbandless (she is too), childless (she has one more child than I do) and jobless (we have the same job). And now this week she age shames me (she’s not much younger either),” Carole continued.

While Bethenny said on the show that Carole spent “all summer” with their co-star, Tinsley Mortimer, Carole said she was actually with Bethenny far more than Tinsley last year and when she wasn’t with Bethenny, she was in Los Angeles helping a friend who lost her husband. As for Tinsley, Carole noted that she was traveling all summer with her boyfriend, Scott Kluth.

“[Bethenny] lies about us over and over and over until even we sometimes believe it! Those are the facts of last summer. And I have the receipts to prove it,” she wrote.

During a recent episode of RHONY, Bethenny appeared to be quite fixated on Carole’s clothing and, as Carole pointed it, it wasn’t the first time. However, this time around, Bethenny took things one step further and actually poked fun at Carole for dressing as herself, a “know-it-all politician with a dead husband.”

“Wow. Just wow, from someone I thought was my dear friend,” Carole reflected.

Also in her blog, Carole addressed the recent antics of LuAnn de Lesseps, who was arrested for being drug and getting physical with a police officer during filming on season 10.

“I do feel sorry for Luann, she is careening from this dinner toward a jail cell. Sure she was drunk and belligerent about Adam – none of it was true – not to mention she randomly demeans all those folks who live in the Mid-west. But still I’m surprised she said anything at all,” Carole said.

According to Carole, she’s learned a lot from her boyfriend Adam Kenworthy about the behavior of LuAnn but has never spoken about it publicly.

“Adam not only cooked for her (for nearly nothing) but he played babysitter for her teenage son when she spent nights out partying with men. So play nice Luann. Karma can be a swift b**ch,” she revealed.

Oddly enough, it appears this blog by Carole might have been edited by Bravo. Carole tweeted earlier this week that the network didn’t post the original blog she submitted as it apparently included a lot of behind the scenes information.

It's been a busy few weeks but here's the blog from last week that was edited ???? but still a good read. https://t.co/KCbeisfq5G