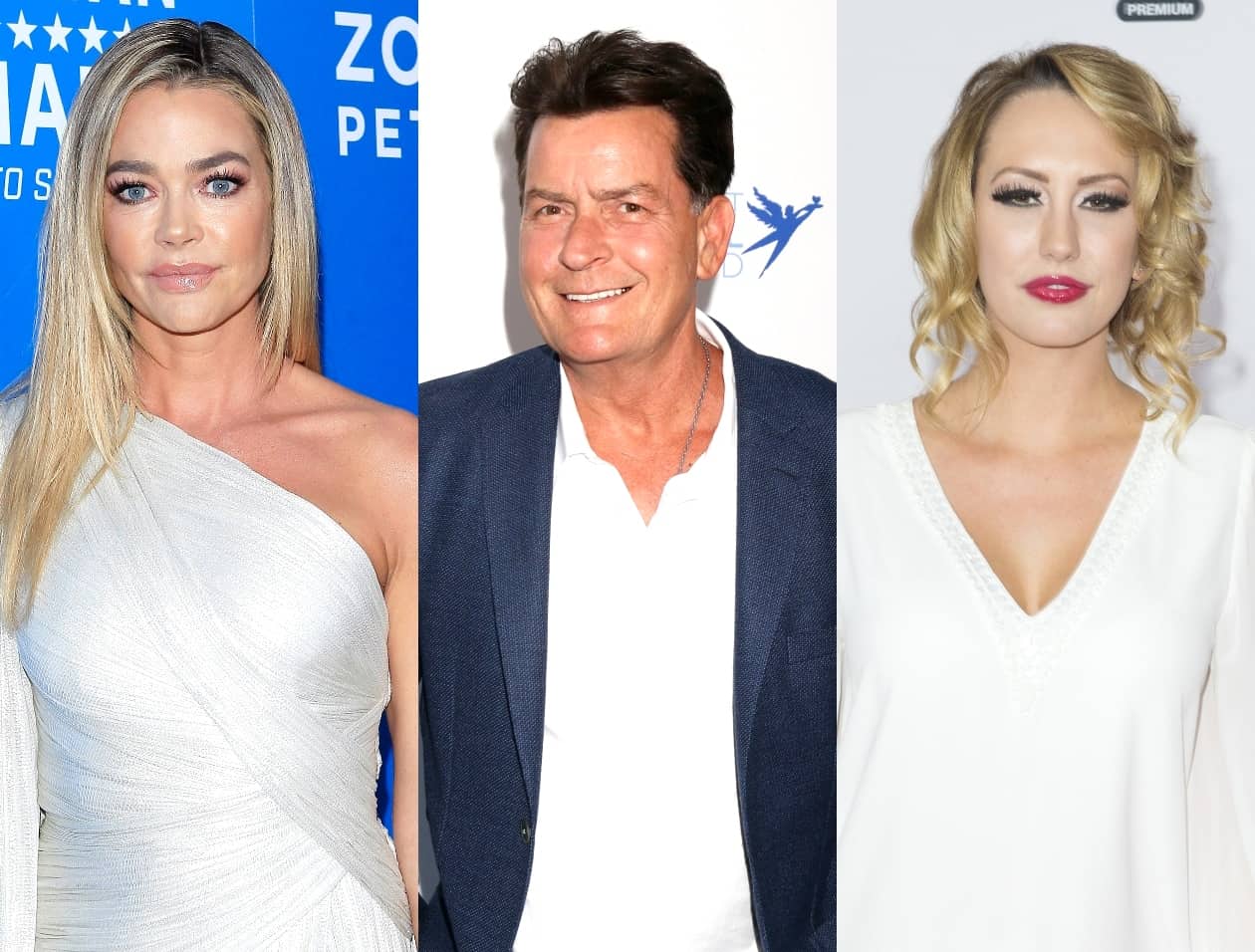 A source close to Charlie Sheen is speaking out in defense of Denise Richards.

Days after Charlie’s ex-fiancée, Brett Rossi, claimed to have been bullied by the Real Housewives of Beverly Hills cast member after she refused to allow her to have a threeway with her and Charlie, an insider is insisting that Brett’s allegations against Denise, which also include claims of hiring a hooker and portraying herself as a “saint,” are completely untrue.

On Monday, August 24, Brett, a former adult film star who was engaged to Charlie briefly in 2014, told Celeb magazine that she believed Brandi Glanville‘s claims of an affair with Denise and labeled Denise a “bully.” She then said that Denise didn’t like her because she “didn’t want to have a creepy threeway relationship with her and Charlie.”

Brett even alleged that Denise, who was married to Charlie for four years, once “hired a hooker” and “took photos of them having sex and ‘accidentally’ sent them to Charlie knowing damn well I would find out.”

“Denise didn’t send any photos like the ones Brett is describing. Never. People like Brett are jumping on the coattails of a very popular show and trying to get their name out there,” the insider said in response to the claim.

RELATED:  PHOTOS: Check Out the Top 11 Best Dressed Real Housewives! Who's the Most Stylish of Them All? Take Our Poll!

The source went on to reveal that the only time Denise had any contact with Brett was when it was in reference to Charlie’s parenting and his relationship with their daughters, 16-year-old Sam and 15-year-old Lola.

“Denise had minimal contact with her,” the insider stated.

Denise had “no interest romantically” in Charlie after their split, the source continued. “She just wanted to be cordial and build his relationship with their daughters and have a good coparenting relationship with Charlie. But Brett was so threatened and very jealous and did everything she could to try to sabotage that.”

“Brett slashed Denise’s tires twice. At one point, Brett wanted to take a baseball bat to Denise’s house and smash Denise in the head with it,” the source continued. “Charlie had to physically stop her.”

Meanwhile, a second source told the magazine that drama is “Denise’s middle name.”

“Denise trying to deny this thing is total bullsh*t and she knows it,” the insider said.