VIDEO: RHOBH’s Erika Jayne Slams Denise Richards For ‘Singling Her Out’ and Trying to Make the Cast “Look Bad” in Drama-Filled Reunion Preview 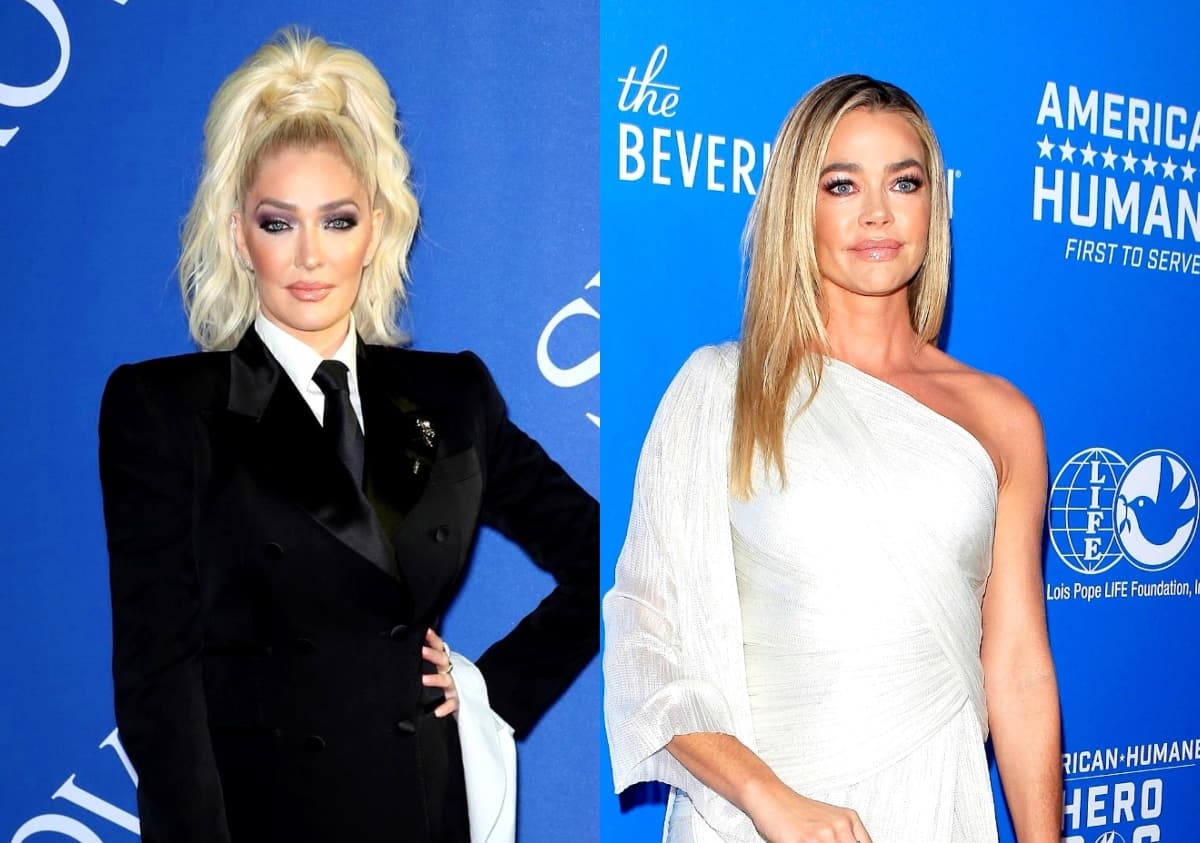 Erika Jayne had words with Denise Richards at the Real Housewives of Beverly Hills reunion, and in a just-released sneak peek, fans are getting their first look at their dramatic (virtual) encounter.

Months after Denise confronted Erika over coffee about the racy things she said about threeways during a cast BBQ at her home, Erika turned the tables on Denise by revealing it was actually the actress who first brought up sex at the dinner table and “set the tone” for the ladies’ evening together before attempting to paint them in a negative light.

“When was the last time we’ve ever talked about sex?” Denise wonders in the latest preview clip.

“We talk about sex all the time. You bring up your husband’s penis almost every show,” Lisa Rinna replies.

“In that same episode, you talked about his penis!” Teddi Mellencamp adds.

At that point, a flashback scene features Denise telling Dorit Kemsley that her husband, Aaron Phypers, “still has a big penis” after more than a year of marriage.

But Erika doesn’t feel it was a mere comment.

“You sat down and opened with, ‘He still has a big penis.’ That was the first thing out of your mouth at your own barbecue with your own children sitting right there,” Erika states. “It comes out of your mouth first. You set the tone.”

According to Teddi, it’s frustrating that Denise can’t admit that she was taking steps to make the RHOBH cast look bad.

“I think the part that’s frustrating is your inability to say, ‘You know what, yeah, I was kind of trying to make you look like a**holes and that’s why I kept joking about it,’” Teddi shares.

While Dorit and Garcelle disagreed with Teddi’s statement, Erika said she too believes Denise was trying to look like a saint while making the rest of the ladies appear negligent.

“I think she was trying to make us, as a group, look bad,” Erika told host Andy Cohen.

While Denise attempts to interrupt, Erika shuts her down.

Erika then continues the conversation by telling Denise her behavior was “bullsh*t.”

“I was okay with being singled out because I knew I was being singled out. I took it on the chin, I apologized sincerely. Then, I find out you take it to Teddi and [Sutton Stracke]? Motherf*cker, I am out. That’s bullsh*t,” she adds.