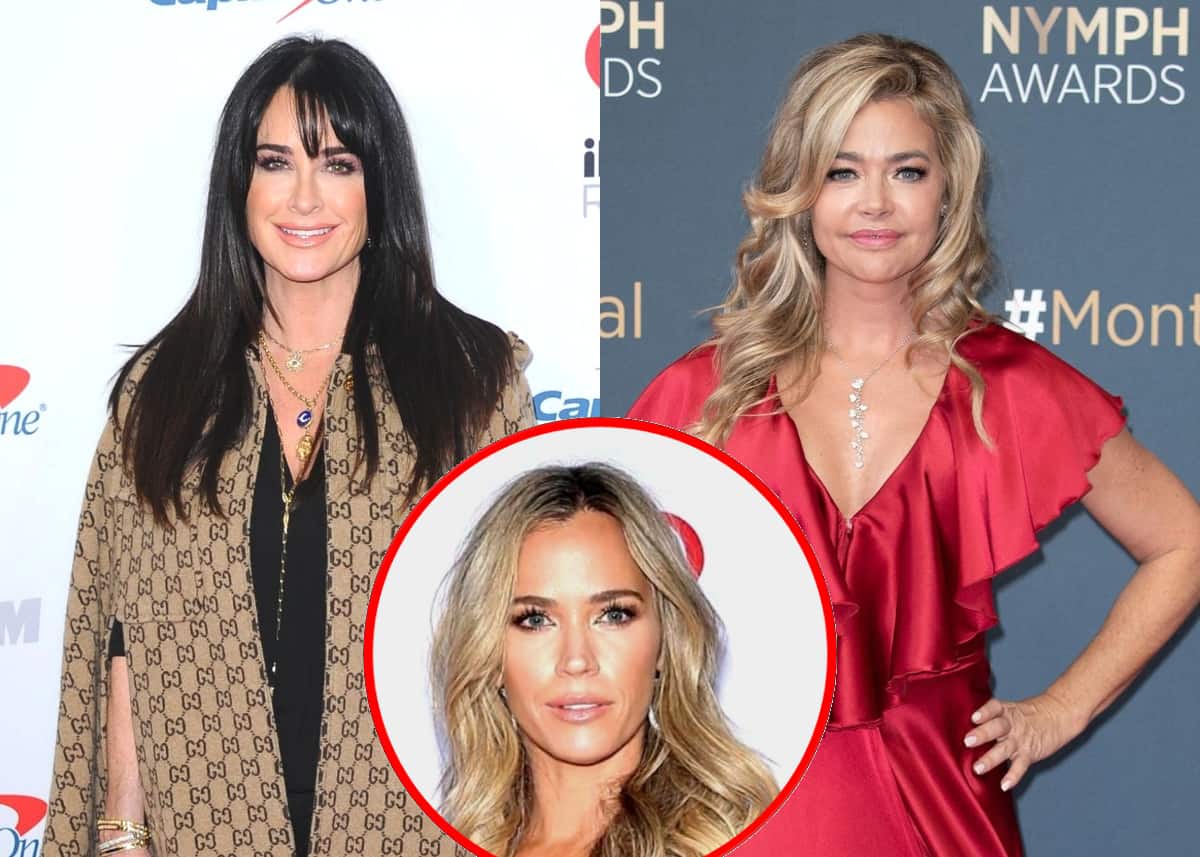 Kyle Richards believes Denise Richards was intentionally trying to make The Real Housewives of Beverly Hills cast “look bad” as Teddi Mellencamp finds Denise’s antics on the show to be “so hypocritical.”

After watching Denise complain about the racy topics her co-stars were discussing on the show, all while making a number of controversial statements herself, Teddi slammed Denise’s behavior on the RHOBH: After Show as Kyle accused the actress of trying to make herself look good at the expense of her castmates.

“All of it is so hypocritical,” Teddi said. “At that dinner, where the other women are talking about [threeways], Denise was talking about Aaron as well. So, it’s not like she wasn’t a part of the conversation at all. You guys, she let Eloise sit there and watch everybody coming at Kyle and Kyle [breaking] down. I don’t want my kids to hear about [threeways] but I also don’t want my kids to see me fighting.”

According to Teddi, Denise’s supposed mom-shaming comments about the cast were completely messed up.

“I remember sitting at the table and doing my best not to judge the situation of what was happening and then to hear, in hindsight, that she was the one who is upset about other people’s behavior, I was like, ‘This is beyond me,'” Teddi admitted.

As for what may be behind Denise’s decision to “push” the topic, Kyle said Denise appears to be trying to make herself look good on RHOBH, all while making the rest of the women look bad.

“It just seems like she wants to say that to project this image and then she goes and says about the happy endings, that she had sex in Aaron’s office, that they’re going to the strip club… Your kids are seeing that! She was trying to make us look bad,” Kyle claimed.

Also confused by the way in which Denise chose to spotlight the bad behavior of her RHOBH castmates was Erika Jayne who wondered why Denise chose to push the idea that she was so offended by her threeway comment and accused her of deflecting.

“What’s being said here is being kind of flipped. At Denise’s house, when we were all speaking about stuff… I wasn’t the only person that was talking about sex. I wasn’t [the one who brought it up] but I was the only one that got taken to go sit down,” Erika explained.

Then, looking back on the moment in which Denise took her to lunch to confront her about her racy comment, Erika said Denise chose to speak to her because she is the one who’s most sexually provocative.

“It became, ‘Oh, I’m so offended.’ And now it has a life of its own,” Erika shared, asking, “What is your intention? What are you trying to do? Why are you pushing this?”