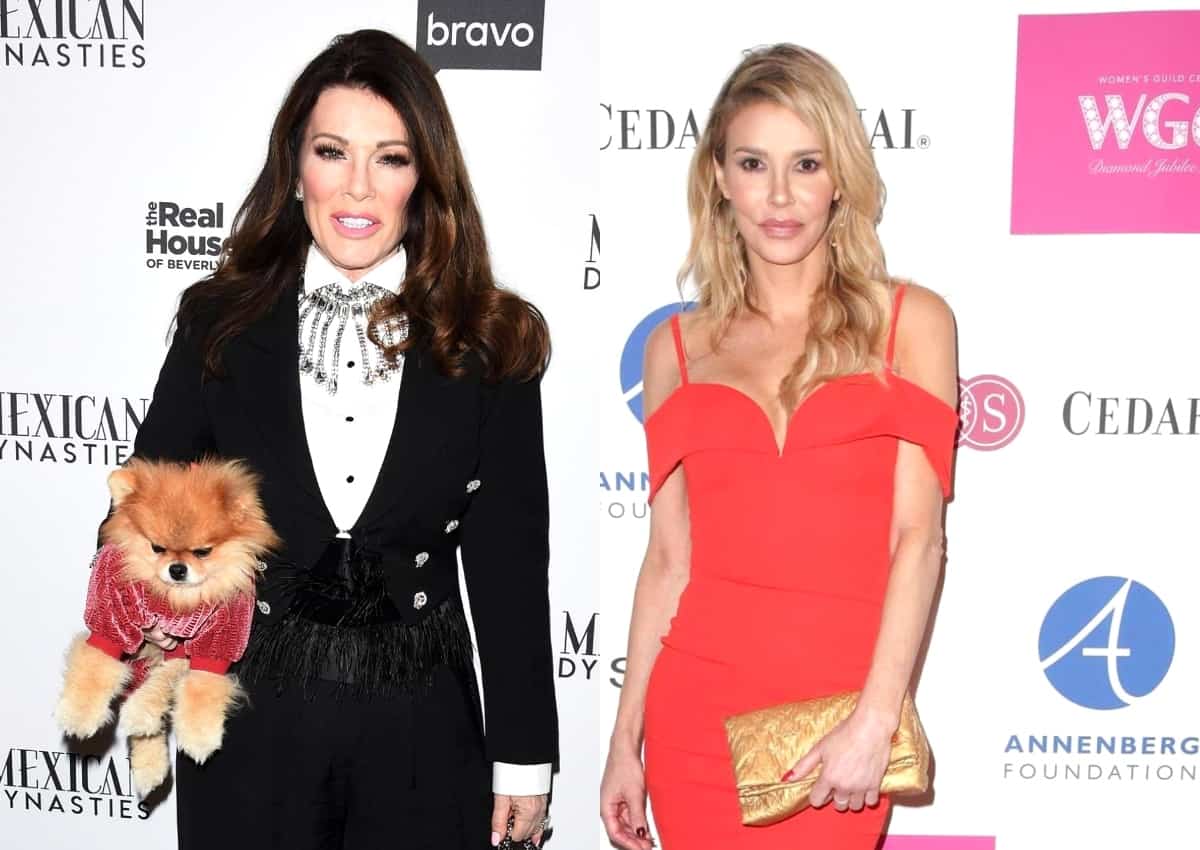 Lisa Vanderpump is responding to Brandi Glanville‘s claims of manipulation.

After the Real Housewives of Beverly Hills cast member accused Lisa of having people do her dirty work, Lisa shared a stern statement about “bullies” and reacted to Brandi revealing who it was who told her about Adrienne Maloof‘s use of a surrogate.

“Remember there is no place for nastiness on here, your words can mean so much to people who are already struggling.
Bullies normally are projecting, not happy people,” Lisa first tweeted on August 29.

After Lisa’s post was shared, a fan sent an audio clip to her of comments Brandi made against her in 2019.

“She gets other people to do her sh*t for her. So, when she’s like, ‘I’m not lying,’ she’s probably not lying. She didn’t say it. It didn’t come out of her mouth. But she gave the news to someone else to say it so that it would come out,” Brandi had said during an episode of her podcast, Unfiltered.

Then, after her co-host said, “Bullies get other people to do their dirty work,” Brandi said one of Lisa’s close friends told her about Adrienne’s use of a surrogate during RHOBH season three.

“Listen, all I can think about is the Adrienne Maloof thing… and the surrogate thing. Lisa didn’t tell me that she had a surrogate but I got the information from someone that was close to Lisa,” Brandi revealed.

Following the post, another one of Lisa’s followers said it was ridiculous to think that because Lisa may have known the person who told Brandi about Adrienne’s family secret, she was somehow responsible for Brandi coming forward with the news during filming.

“What a reach! So because Lisa knew the person who told her, it’s Lisa’s fault.. SERIOUSLY?!?!? Why do they keep bringing her back???” the person wondered.

In response, Lisa suggested that it wasn’t a friend of hers who told Brandi about Adrienne’s surrogate, but rather one of Brandi’s own friends. 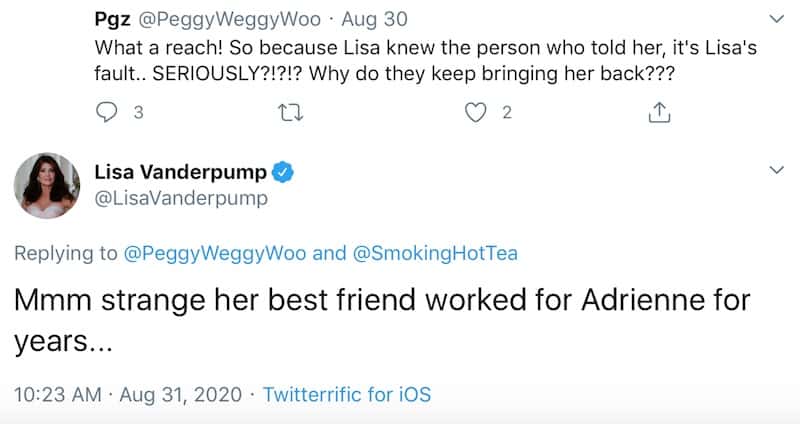