Home Real Housewives of Beverly Hills News Brandi Glanville Implies She Chose the “Dark Side” by Aligning With Lisa Vanderpump on RHOBH, Apologizes to Adrienne Maloof and Teases the Reveal of “Sexy” Truth

Brandi Glanville Implies She Chose the “Dark Side” by Aligning With Lisa Vanderpump on RHOBH, Apologizes to Adrienne Maloof and Teases the Reveal of “Sexy” Truth

by Lindsay Cronin May 19, 2020 169 comments
ShareTweetWhatsappPinterestRedditTumblrMailFlipboard 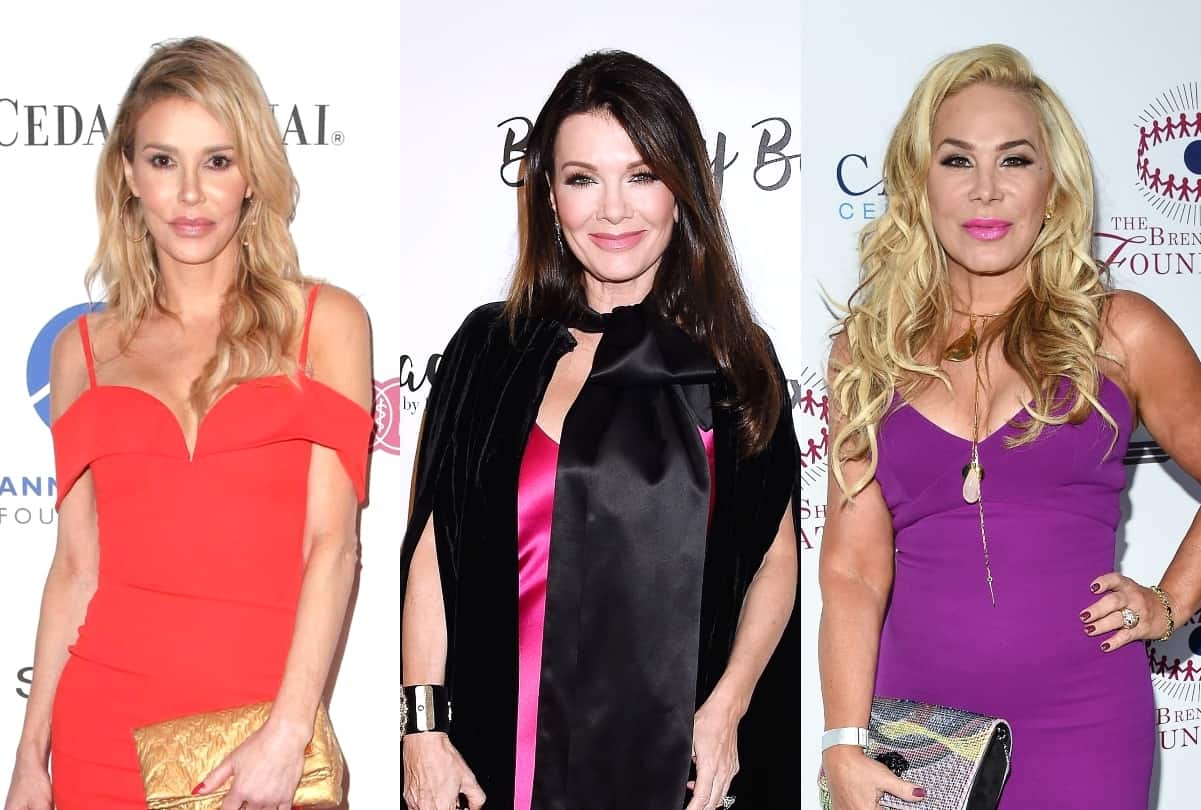 Brandi Glanville is admitting that she didn’t have the best of intentions when she joined The Real Housewives of Beverly Hills cast in 2011 for season two.

Amid the latest RHOBH episode, Brandi shared a series of tweets as she replied to a fan who told her she ‘fumbled a bag’ — aka ruined some good opportunities for herself — by seemingly turning against her once good friend Lisa Vanderpump.

Responding to the fan comment, which included a photo of Brandi with Lisa, Brandi mentioned her past mistakes and claimed that she chose the “dark side” and hurt people after being added to the cast as a “friend” years ago.

“Honey I chose the dark side in the beginning,” she claimed. “I f**ked up I was horrible to [Adrienne Maloof]!! HORRIBLE and for no reason!!!! I won’t make that mistake again. [Kim Richards] is my best friend her family loves her also THATS F**KING IT.” 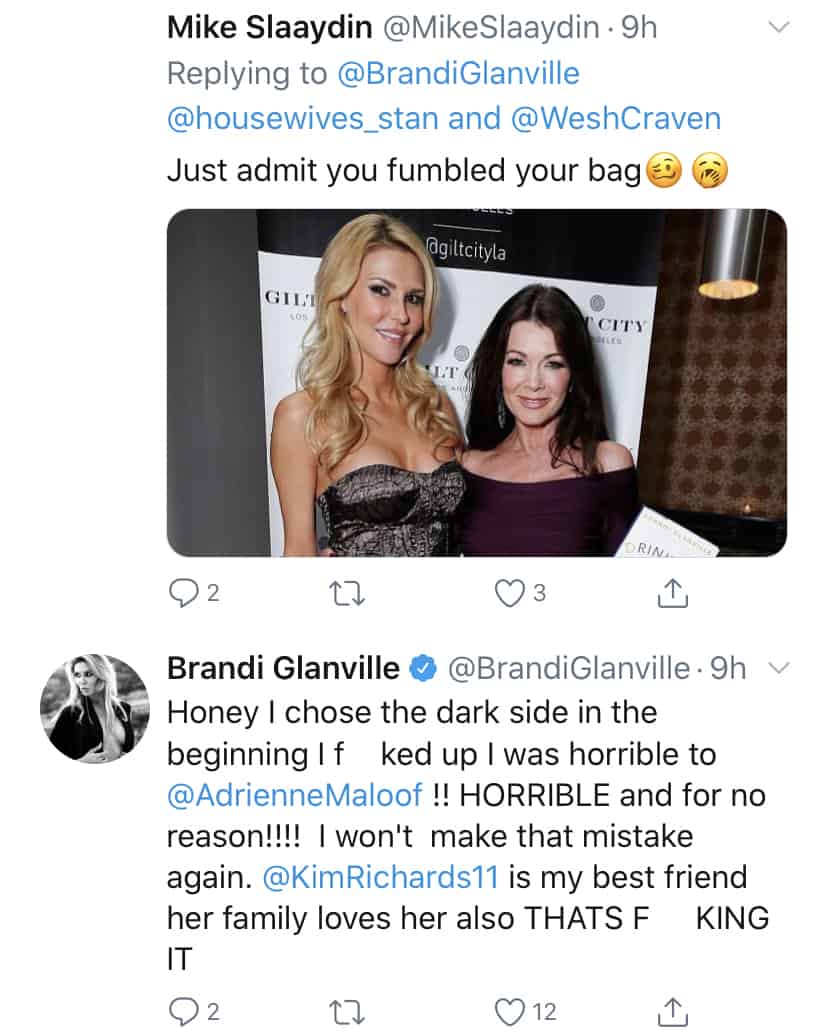 While Brandi plotted to cause a commotion during her early years of the show, she told another fan that she does not want to “destroy” anyone when she returns to RHOBH later this season.

“I don’t want to destroy anyone AT ALL & the truth isn’t bad but its kind of sexy. Stay tuned,” Brandi teased. 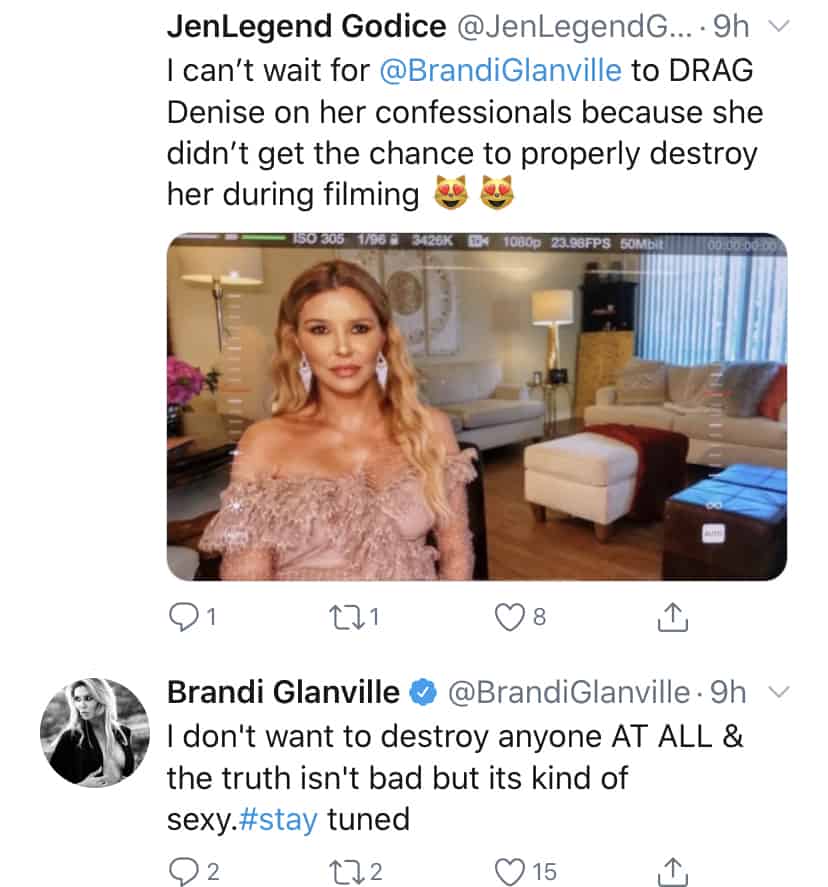 As she looks forward to sharing her truth, Brandi admitted that when it comes to living her life in the spotlight, the ups and downs she’s endured have a silver lining when it comes to the dynamic she has with her two sons, who she shares with ex-husband Eddie Cibrian.

“My children know EVERYTHING thanks to the internet,” she told a fan. “I’m embarrassed of what they have seen but the silver lining is it has opened our communications & we share everything.” 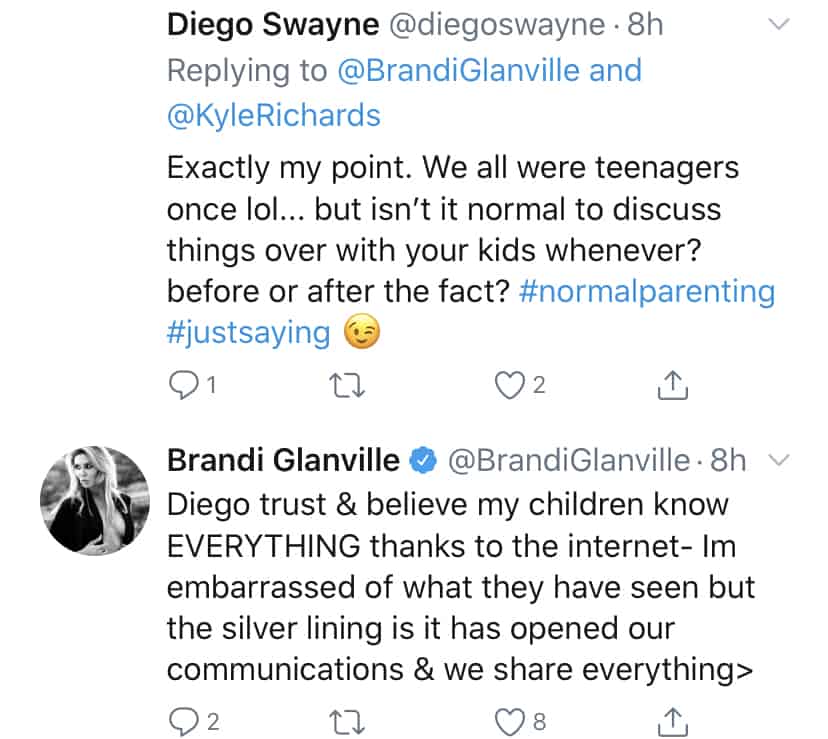 In a fourth Twitter message, Brandi reacted to a fan who suggested she has no right to demand that kids be left out of the conversations on RHOBH because she revealed one of Adrienne’s family secrets that involved her children during season three. This led to Adrienne not attending the reunion that year and her exit from the series.

“B***h you didn’t leave [Adrienne Maloof]’s kids out if it now did you? HYPOCRITE!” the fan said.

“You are right I was wrong and I have apologized,” Brandi replied. 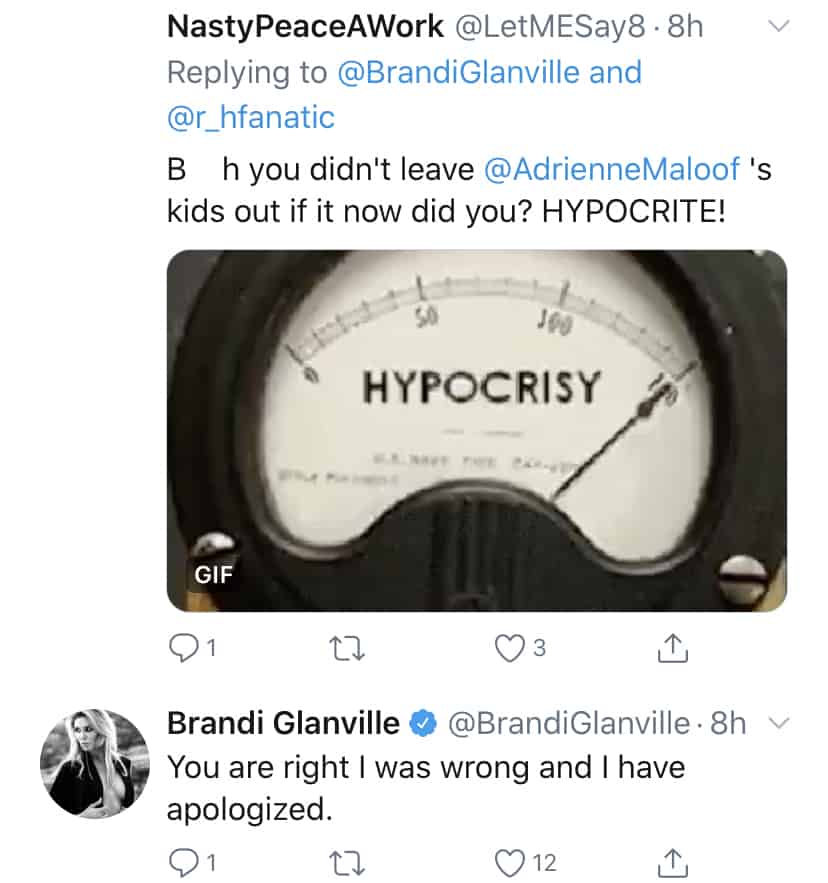