EXCLUSIVE: Selling Sunset’s Jason Sets the Record Straight on Brother Leaving Firm and Spinoff Rumors, Plus He Explains “Favoritism” of Mary and Dishes on Season Four! 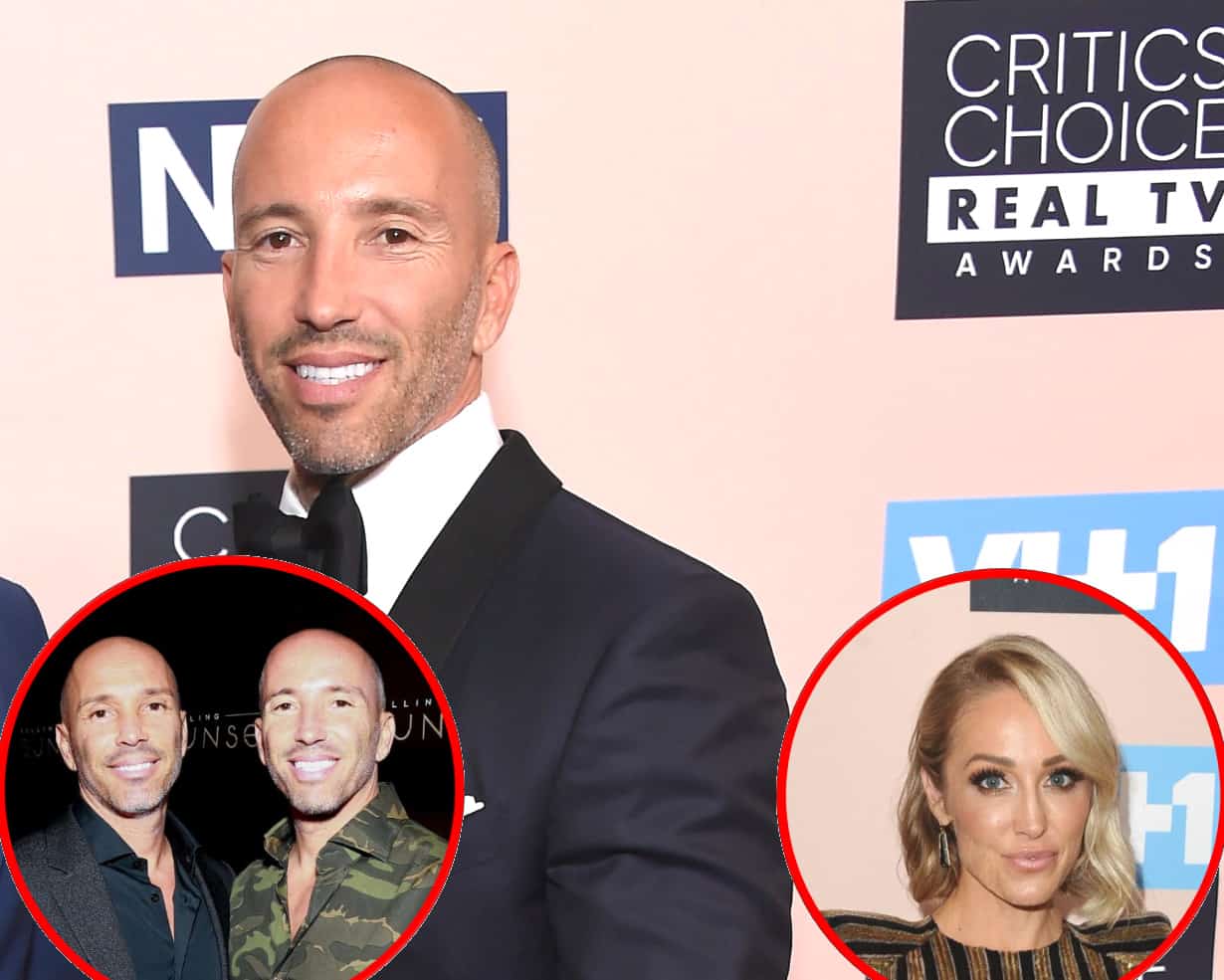 Jason Oppenheim is setting the record straight about his brother Brett Oppenheim‘s role within their real estate firm amid rumors stating Brett has left their firm.

Following claims suggesting Brett had left the Oppenheim Group and started his own firm, the Selling Sunset cast member revealed what’s really going on before dishing on future spinoffs, his supposed “favoritism” of Mary Fitzgerald, and more.

“That story doesn’t have any legs,” Jason confirmed to Reality Blurb of the Brett rumors during an interview on September 11. “My brother moved his license. It’s rather semantic. He’s not starting another brokerage and adding other agents and competing.”

In August, Christine Quinn suggested Brett had “left the brokerage” and started his own brokerage. However, according to Jason, he and his twin are “still working together.”

In addition to staying busy with his top real estate firm in Los Angeles, which has seen a boom since being spotlighted on the Netflix series, Jason is considering potential spinoffs.

“There’s a few areas where I’d like to consider expanding… Orange County, Beverly Hills, Santa Monica, the Valley, and potentially Miami and New York. There’s nothing definitive out there right now. So I think the next step would be [deciding] where and when,” he shared.

While Jason has had “such a positive” experience with fans of Selling Sunset, he admitted that he’s not pleased with the trolling and negativity that some of the women of the show have received and noted that there have been “some misconceptions” about them and their personalities.

“But that’s inevitable,” he said. “With such a popular show, you’re going to have haters and people who are questioning the show being real [and] the agents being real. To me all of this is just a big compliment. I think it’s flattering but at the same time, it doesn’t take much research to uncover [the truth].”

Throughout the series, Jason has appeared to be particularly close to Mary, who he once dated, and many have accused him of favoring her over the other ladies. In response to those claims, Jason told us he completely understands the perception.

“I get that,” he admitted. “I’ve tried to express to the agents that Mary is deserving of me involving her in deals. She’s successful and she’s bringing in a ton of business. She’s the most productive agent in the office right now. So I don’t have any qualms about that.”

In addition to being impressed with Mary and her work ethic, Jason said he is in awe at how open and honest his castmates have been on the show. He then said that when it comes to showcasing more of his private life on the show, he’s taking baby steps.

“I’m pretty happy with my role on this show. I’ve probably started sharing more each season and I’m sure that will continue [but] I’m not necessarily eager to do that,” he explained.

In recent months, there has seemed to be a feud brewing between the Selling Sunset cast and the cast of Million Dollar Listing: Los Angeles but according to Jason, he has no issues with the realtors of the Bravo series. In fact, he considers them all to be “close friends.”

“I have a ton of respect for the agents on Million Dollar Listing. They have proven themselves in business to be very successful [and] started it all. We’re quite honestly following in their footsteps,” he admitted. “We’re all helping each other. I think we’re driving interest towards Los Angeles real estate and towards our profession.”

Reflecting on the success of Selling Sunset, Jason said that while he was hopeful that the show would be “interesting and well-received,” he had no idea it was going to be “this popular” and fully expects it to return for a fourth season — at least.

“I think the pandemic has kind of put a pause on any definitive decisions about when and how we move forward but the popularity of the show speaks for itself,” he stated. “We have a great relationship with Netflix. I think everybody wants to move forward so I think we all have high expectations of many more seasons.”