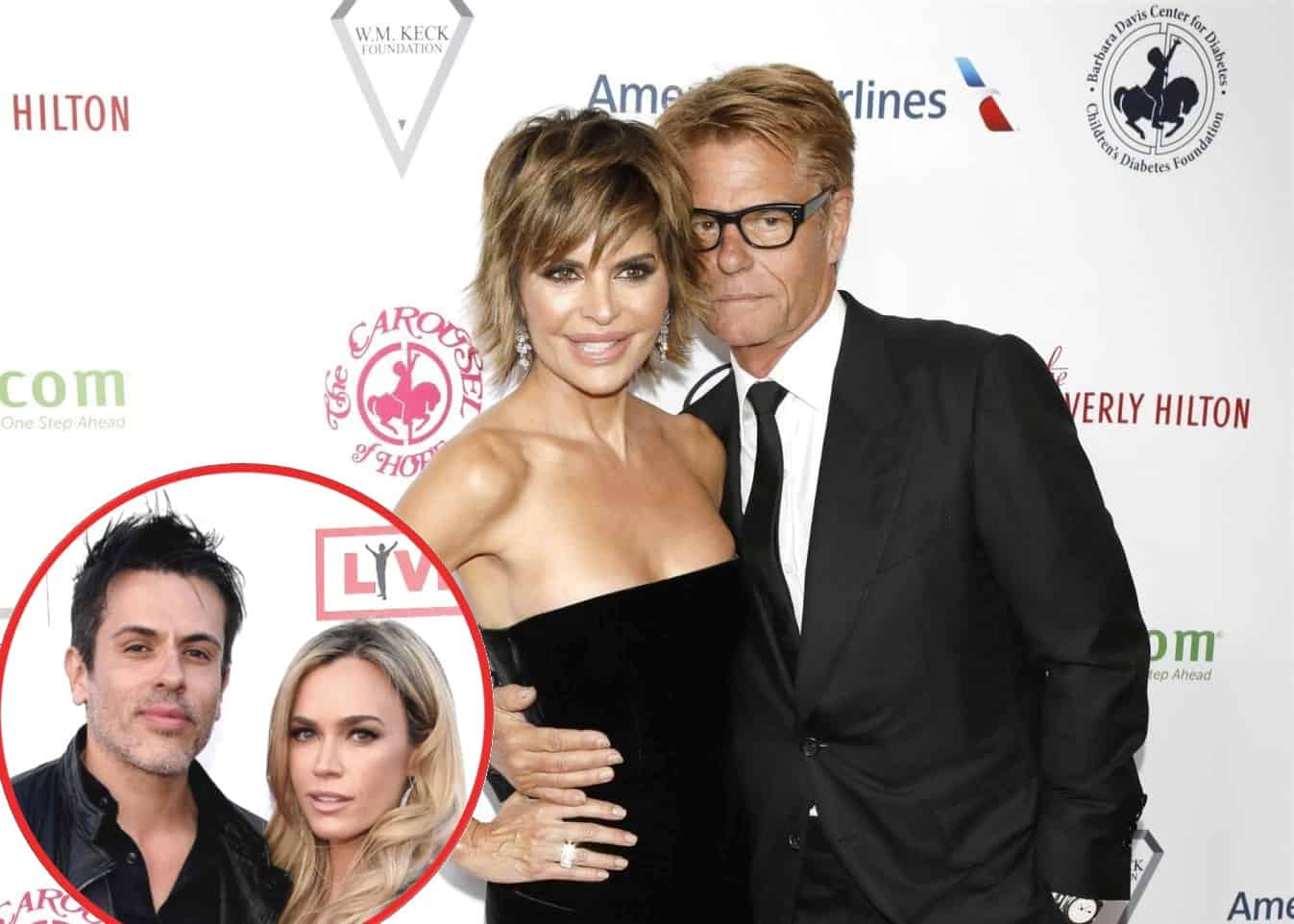 Lisa Rinna is fighting back against rumors regarding her marriage to husband Harry Hamlin.

In an unaired scene from the taping of the Real Housewives of Beverly Hills reunion, Lisa opened up about an odd report suggesting she and Harry don’t live together as co-star Teddi Mellencamp admitted that being in quarantine with her kids, her husband, Edwin Arroyave, and their new baby, daughter Dove, has been “a lot.”

“We’re always great, though people say Harry doesn’t live here and he only shows up for tapings. So I’m going to say right now here, ‘He lives here. He actually lives here,’” Lisa confirmed during an unseen moment shared by the Bravo Insider.

According to Lisa, she believes that the rumor about her and Harry and their alleged living arrangements began on Twitter.

When Teddi was then asked about how she and her family have been coping with the ongoing quarantine, she revealed that she and Edwin have definitely endured some rocky moments with one another.

Teddi then said that when it comes to their designated office areas, her husband has been struggling to stay in his own space.

“And like, Edwin is constantly trying to go into my office area and I’m like, ‘Get down to the garage where your office is! This one is mine!” she laughed.

While Teddi and Edwin may be struggling to make things work with their current space amid quarantine, they will soon have much more space as they move out of their $5.9 million Hollywood Hills home and into a new $6.49 million house in Encino, which is nearly double in size.

“We love our house. It’s beautiful. It has an incredible view. But if the kids are going to be home all of the time, doing school and different things, [there] were certain things we wanted to shift,” Teddi explained of her move on the Reality Life with Kate Casey podcast. “If we never had Dove, we would stay in the house because we love it. But with the newborn, and soon she’s going to be walking around, [that] would be a lot.”