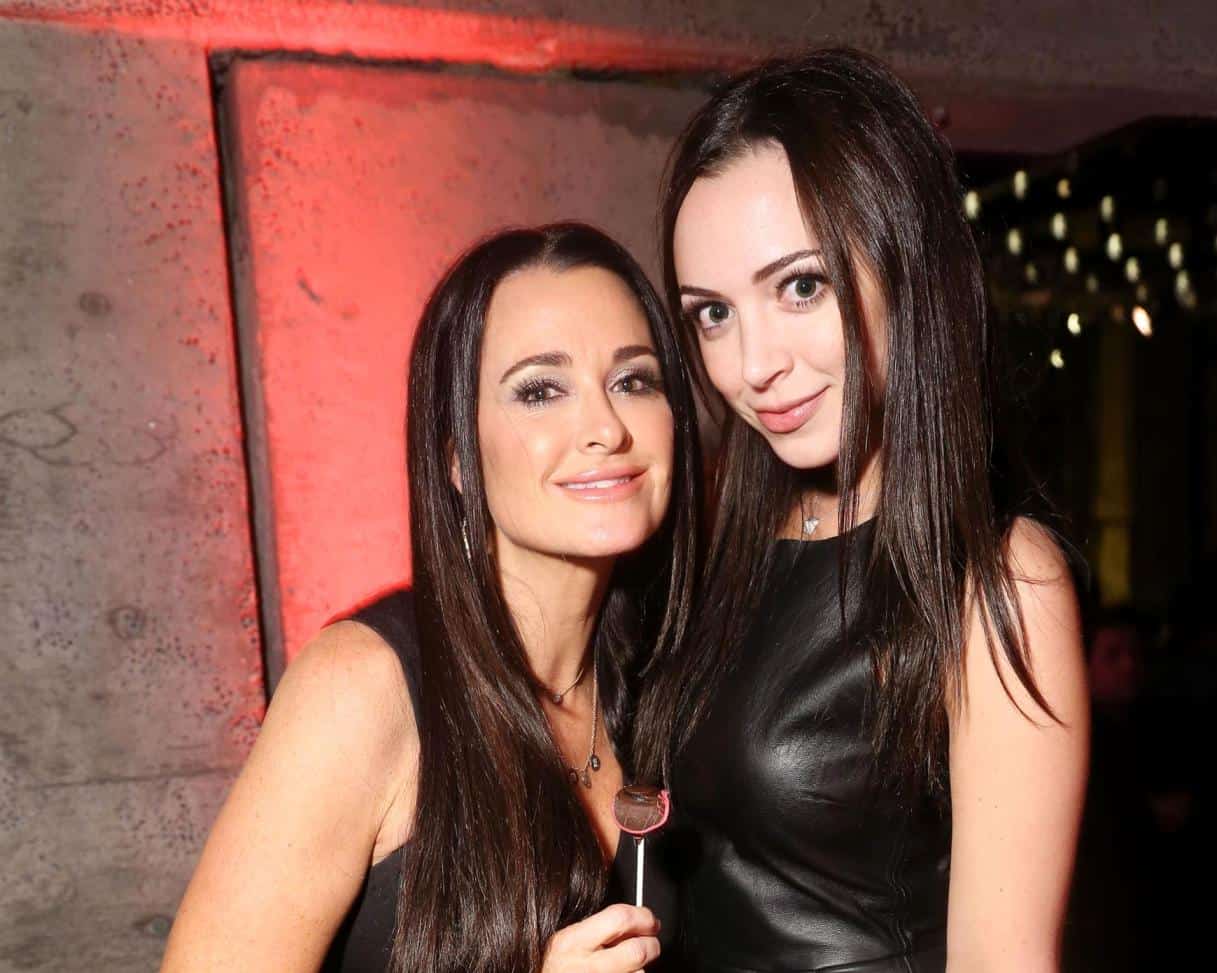 Kyle Richards‘ daughter, Farrah Aldjufrie, honored her father, Guraish Aldjufrie, with a rare photo on Instagram in honor of his birthday on Monday, September 21.

As Kyle continues to showcase her life with second husband Mauricio Umansky on The Real Housewives of Beverly Hills, Farrah, who works as a realtor at Mauricio’s firm, The Agency, shared a photo of herself, Kyle, and Guraish and gushed over the relationship she has with her dad.

“Happy birthday Dad,” Farrah, 31, wrote in the caption of her photo. “Always so caring, loving, and kind. Thank you for teaching me and guiding me through life. I’m so grateful for our amazing bond. I love and miss you so so much!!! [And] I cannot wait to see you soon!!!”

Farrah then added that she looks as if she’s her mom and dad’s twin.

In 2016, during an interview with The Daily Dish, Farrah revealed Guraish was living in Bali.

“We’re extremely close,” she said at the time. “He comes and he stays for like a month or two at a time two or three times a year. We just have a lunch or dinner three times or four times a week and hang out as much as we can while he’s here.”

Also during the interview, Farrah confirmed that while she has three half-siblings through her mother’s marriage to Mauricio, she is Guraish’s only child.

“It’s funny ’cause I’m an only child at one house [with my dad] and then I have this huge family at this other house [with my mom and three younger sisters], so it’s kind of the best of both worlds,” she said. “There’s no real separation or divide.”

With Mauricio, Kyle has three younger daughters, including Sophia, Alexia, and Portia.