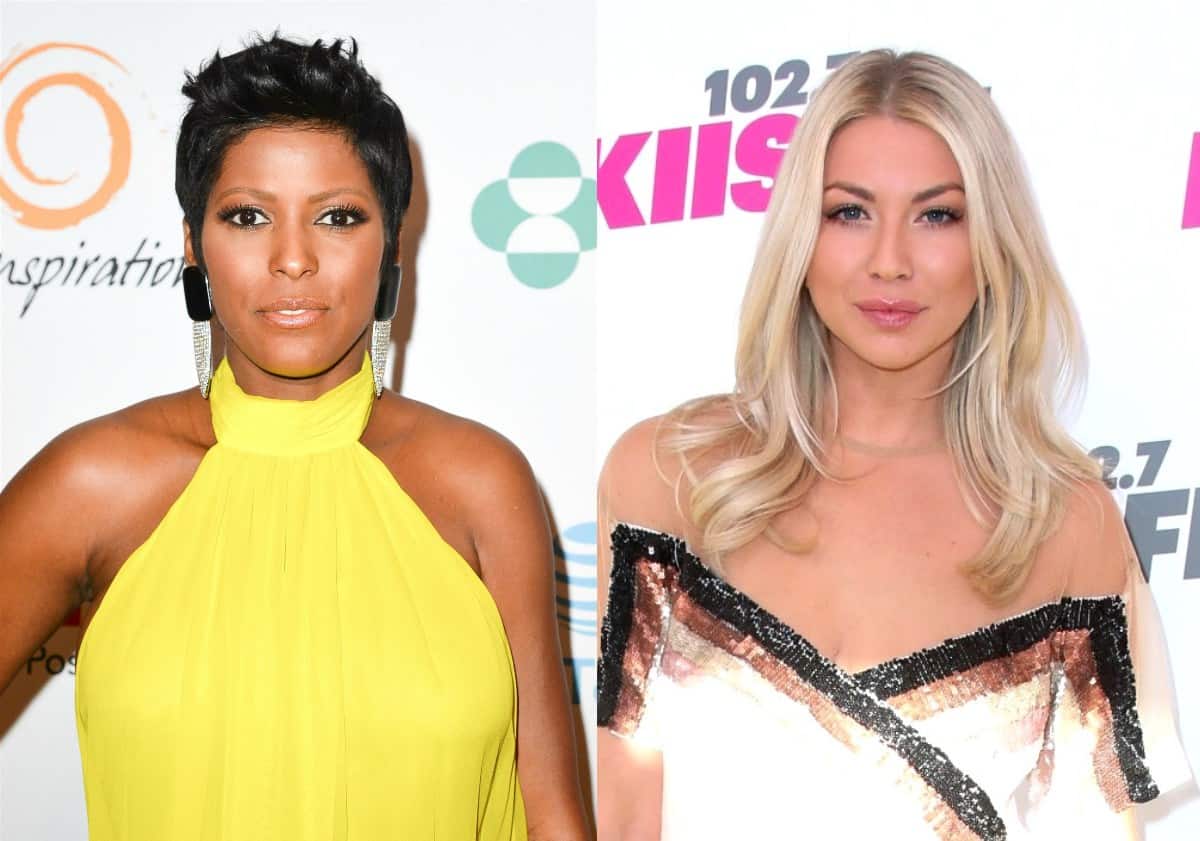 Stassi Schroeder recently sat down with talk show host Tamron Hall to discuss the difficulties she faced around her firing from Vanderpump Rules and the lessons she learned from her past racially insensitive behavior. The conversation seemed to go over well, although both women had differing opinions about what really went down.

For the interview, Stassi addressed her firing and noted that she was working with a teacher to become more “anti-racist,” saying that she understood why her actions (which included calling the cops on the only black Pump Rules cast member, Faith Stowers, for crimes she didn’t commit) were problematic.

Sources then reported to Us Weekly that the Next Level Basic author actually felt “unprepared” and “caught off guard” during her appearance, to which the Tamron Hall Show host had an interesting response.

“The other day I was told that there was a report that Stassi felt ‘unprepared’ and that it was ‘awkward’. Even that I had gone rogue — whatever that means,” Tamron said in the clip, re-posted by the Queens of Bravo account. “Now, I don’t tell people the specific questions I’m going to ask them. How they answer, that’s up to them. But the topic and everything that we discussed, Stassi knew. She knew the subject matter. She knew what I was going to ask her. Not the questions.”

The talk show host then continued to explain that in discussing the topics of the interview, Stassi’s newly hired PR Team requested they would only be talking about racial issues and not bring up some of the mom-t0-be’s questionable past comments on the #MeToo movement.

Tamron said that it “hit me to my gut that I didn’t ask her,” as Stassi previously criticized women for speaking out about sexual harassment.

Tamron went on in the clip, “Given that she was five months pregnant, the issue of race was hard enough for her and for me and it was a lot to unpack, including that Nazi comment, so I said we were not going to go down that road but we would have this difficult conversation that we all should have to provide a better platform for our children.”