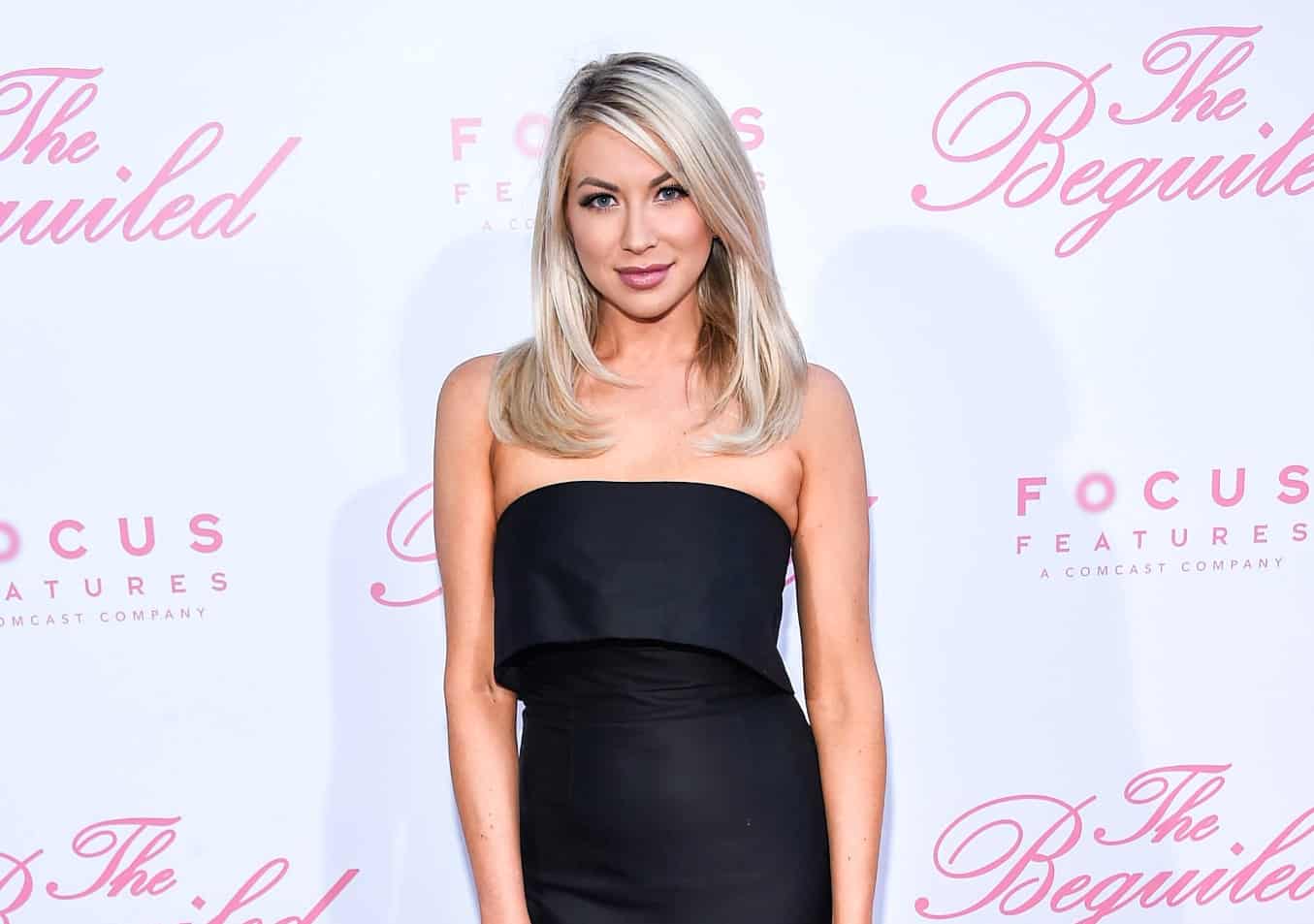 Stassi Schroeder is finally speaking out about her firing from Vanderpump Rules.

Months after Bravo cut ties with Stassi, along with Kristen Doute, Max Boyens, and Brett Caprioni, due to allegations of racism brought against them, Stassi has confirmed that she wasn’t “anti-racist” before being fired, addressed her #OscarsSoWhite scandal, and revealed whether she believes she is a victim of cancel culture.

“I needed time to process my feelings,” Stassi explained on the September 17 episode of The Tamron Hall Show after being asked why she waited to discuss her firing. “I feel like one of the most frustrating parts when this all went down was that people expected me to just understand everything immediately and I felt like it would be better for me to take the time to get a greater understanding of everything and the issues before I opened my mouth again.”

According to Stassi, the hardest part of her firing drama was the fact that some have labeled her a racist.

“I’ve never felt like I was a racist. I don’t have hate in my heart, but I’ve recognized that I wasn’t anti-racist,” she explained, adding that she’s been working with a teacher for three months.

In addition to accusing Faith Stowers, the only Black cast member of Pump Rules, of crimes she didn’t commit, Stassi caught backlash years ago for complaining about the #OscarsSoWhite movement, which put a spotlight on the lack of diversity among Oscar nominees.

In March 2017, during an episode of her since-canceled podcast, Straight Up With Stassi, Stassi called out African Americans.

“I’m like, really sick of everyone making everything about race. I’m kind of over it… everyone giving their impassioned speeches about race and all of that stuff, I’m like, ‘Why is it always just about African Americans?'” she said at the time. 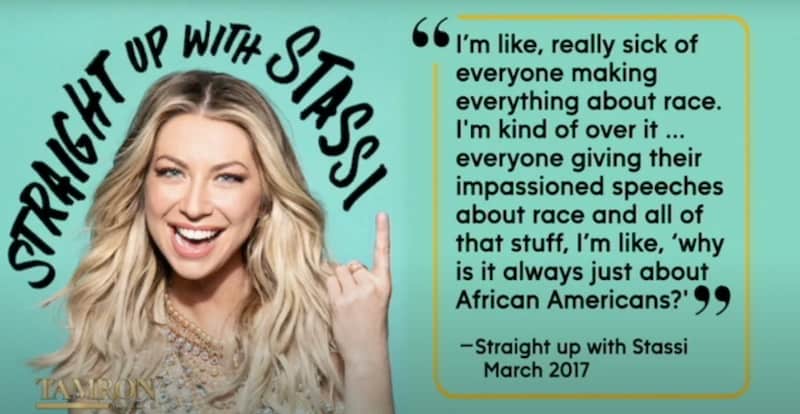 When Tamron reminded her of the ugly statements, Stassi said she is quite embarrassed.

“Going through these past few months and working with a teacher and learning about Black history and just the obstacles that Black people face every single day, I look back on that podcast and I am so embarrassed that I even had those thoughts much less put it out there,” she explained. “I was a Karen who basically said, ‘What about All Lives Matter?’”

Another topic brought up on the daytime talk show was an Instagram photo Stassi shared years ago in which she deemed her look as “Nazi Chic.”

“I’ve been embarrassed about that for three years,” she said in response to the image. “It was a poor joke amongst me and my friends and it was so wrong. And again I have spent my life as a privileged person and it is my fault, I have to say this, that I have not educated myself before.”

In addition to working with a teacher to better educate herself, Stassi is hoping to become a better person for her first child, a baby girl, who is due in January.

“I want my daughter to be proud of me. And I want to be a part of the solution,” Stassi proclaimed.

While many have suggested that Stassi fell victim to cancel culture and called for her return, she believes her firing was necessary.

“I’ve been a part of the problem for years now. And I’ve recognized that. And that’s why I say I don’t feel like I’m a victim of cancel culture. People want me to be mad at it and I’m not, I needed it. I need that,” she explained.

After revealing that she didn’t get a “chance to explain” herself to Bravo when they called her to inform her she’d been fired, Stassi confirmed she will not be appearing in any future seasons of Pump Rules.

“That ship has sailed,” she said. “My life feels very different right now. I think when something like this happens and you get pregnant on top of it, you take inventory of your life and you think what is going to be the best for my future child and I think getting drunk and starting conflict and misbehaving on a reality show isn’t my journey anymore.”

As for whether or not Jax Taylor should be fired for his past mistakes, including his allegedly homophobic behavior and racist statements regarding the nose of 90 Day Fiancé‘s Jay Smith, Stassi said she doesn’t want him, or anyone else, to lose their job on the show.