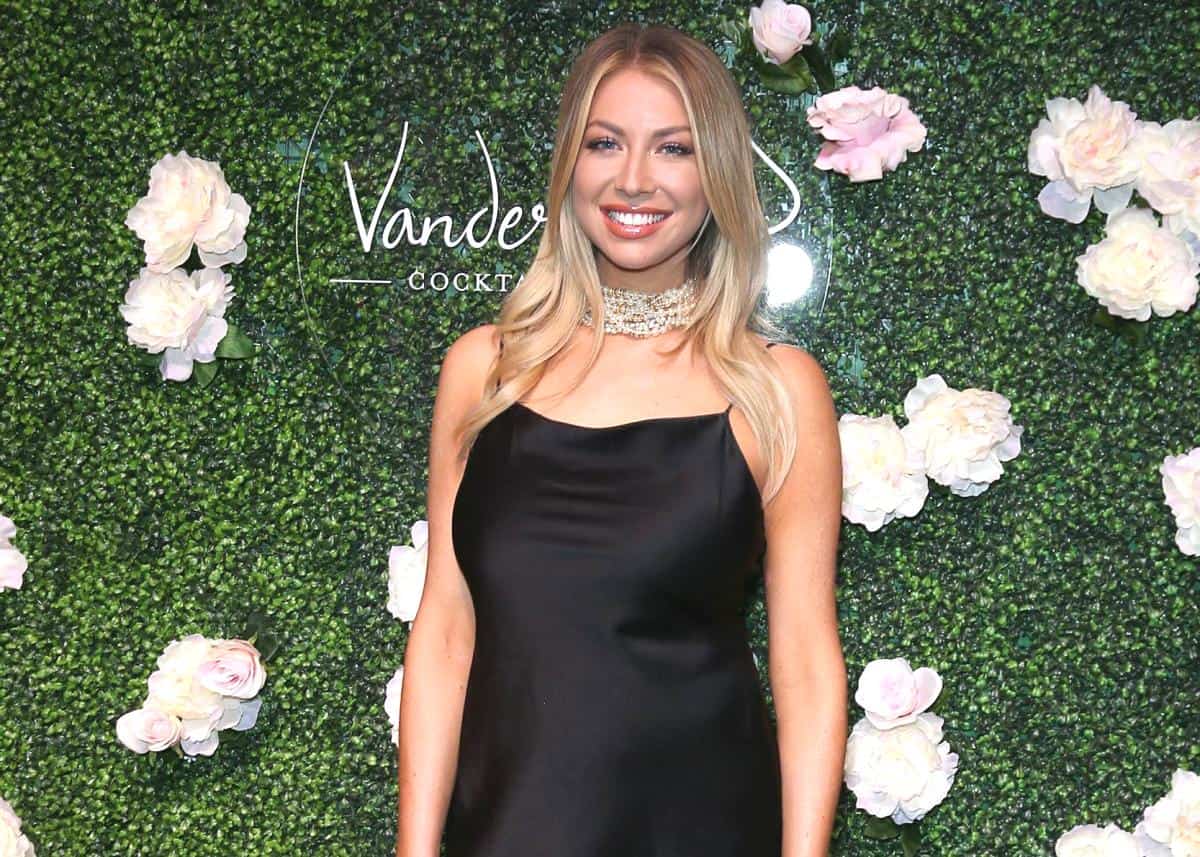 Stassi Schroeder and Beau Clark spent time on the water over the weekend, and during their getaway, Beau shared a number of videos on his Instagram Stories in which Stassi’s growing baby bump was on full display.

As they await their daughter’s January 2021 due date, the Vanderpump Rules couple ventured to a lake, where Stassi flaunted her pregnancy curves in a bikini as Beau filmed her in the water and snapped a photo of her sitting on a boat.

“Baby!” Stassi exclaimed in one of Beau’s clips, which featured her swimming beside a raft.

Then, as Stassi arched her back to show off her bump, Beau said, “Oh my God! Thank God your boobs keep you afloat!” 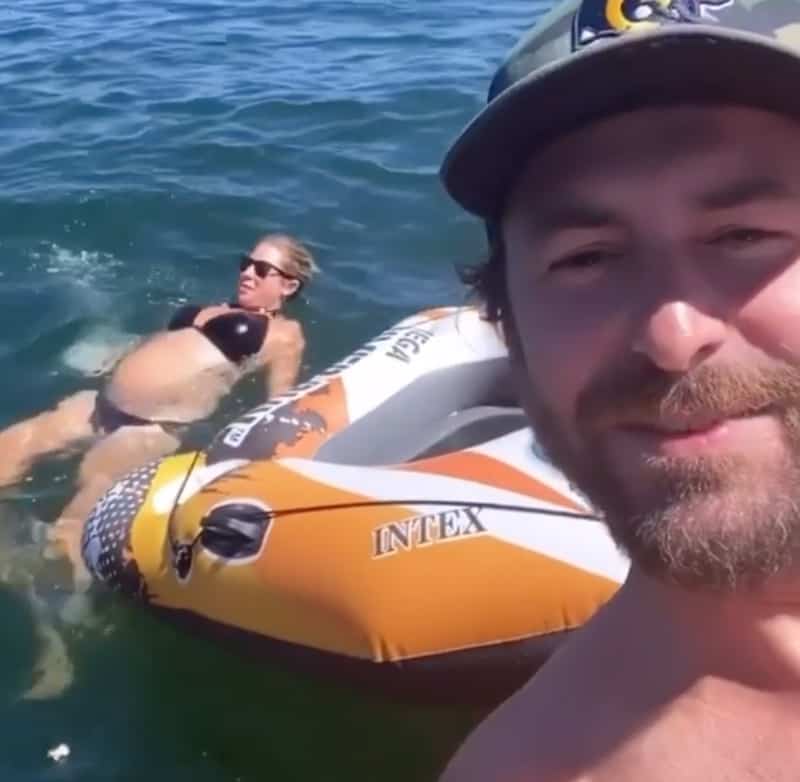 As the video continued, Stassi told her fiancé, “She’s frozen! It’s so cold.”

Beau also shared a photo of Stassi enjoying the sunny weather and blue skies on his Instagram Stories.

“My sweets,” he wrote in the image’s caption. 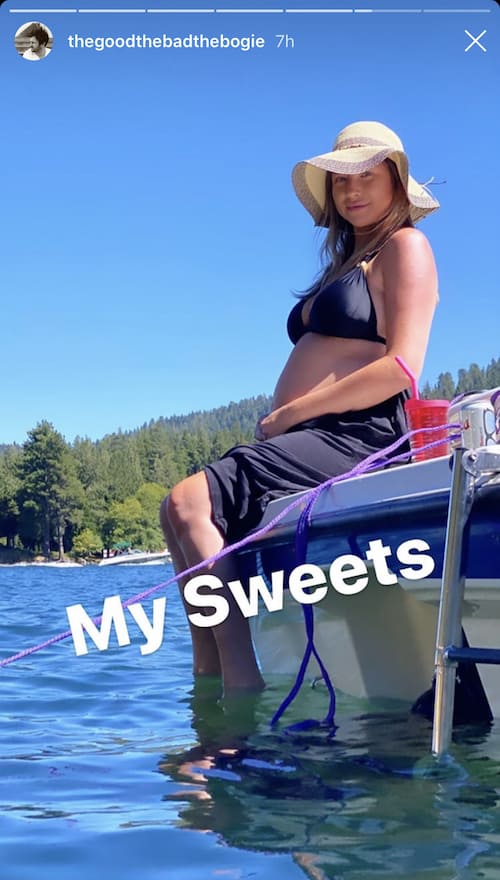 After a fanpage shared the photo above on their Instagram account, a number of fans commented on how different Stassi looked in the image.

After one person took note of Stassi’s darker hair, another fan admitted that she didn’t recognize the ex-Pump Rules star in the photo.

“Omg I did not recognize her,” the person said.

“Omg she doesn’t even look like Stassi!” another agreed. 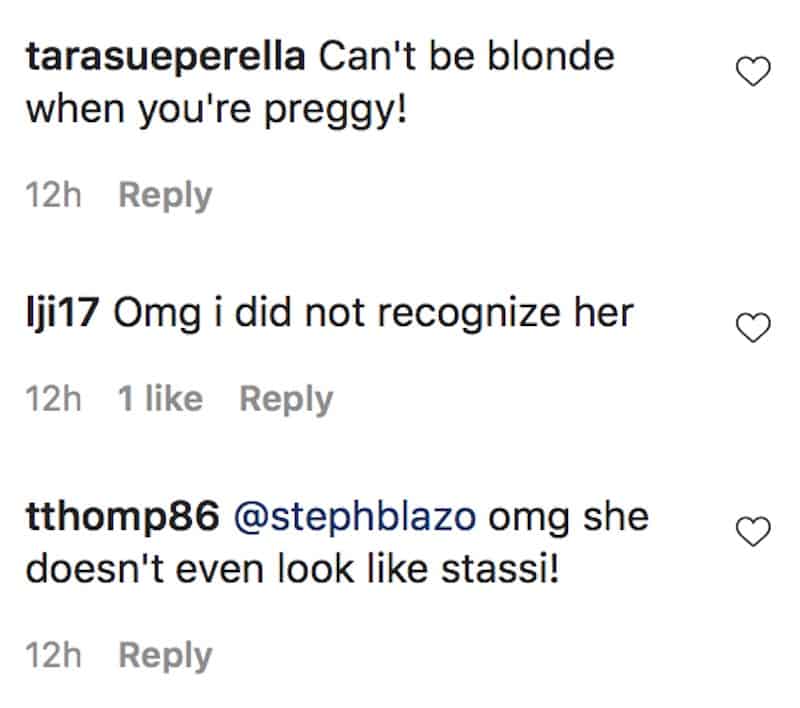 Stassi and Beau first confirmed her pregnancy in June just days after Bravo officially fired her, along with Kristen Doute, Max Boyens, and Brett Caprioni, after she was accused of racist behavior toward Faith Stowers, who previously starred alongside her on Pump Rules.

Following the firing, Stassi offered a joint statement with Kristen about moving on.

“Stassi and Kristen acknowledged what they did was wrong, have apologized and been punished. Without casting aside their actions or the impact of those actions, they want to move forward as part of the solution in ways that are productive, meaningful and sincere. Both of them recognize actions speak louder than words and that is what will guide them as they move forward,” their statement, which came via rep Steve Honig, read.