90 Day Fiancé Star Larissa Implies She’s Been Fired By TLC For Posting on Webcam Site, Says She’s Done With the Show For Good 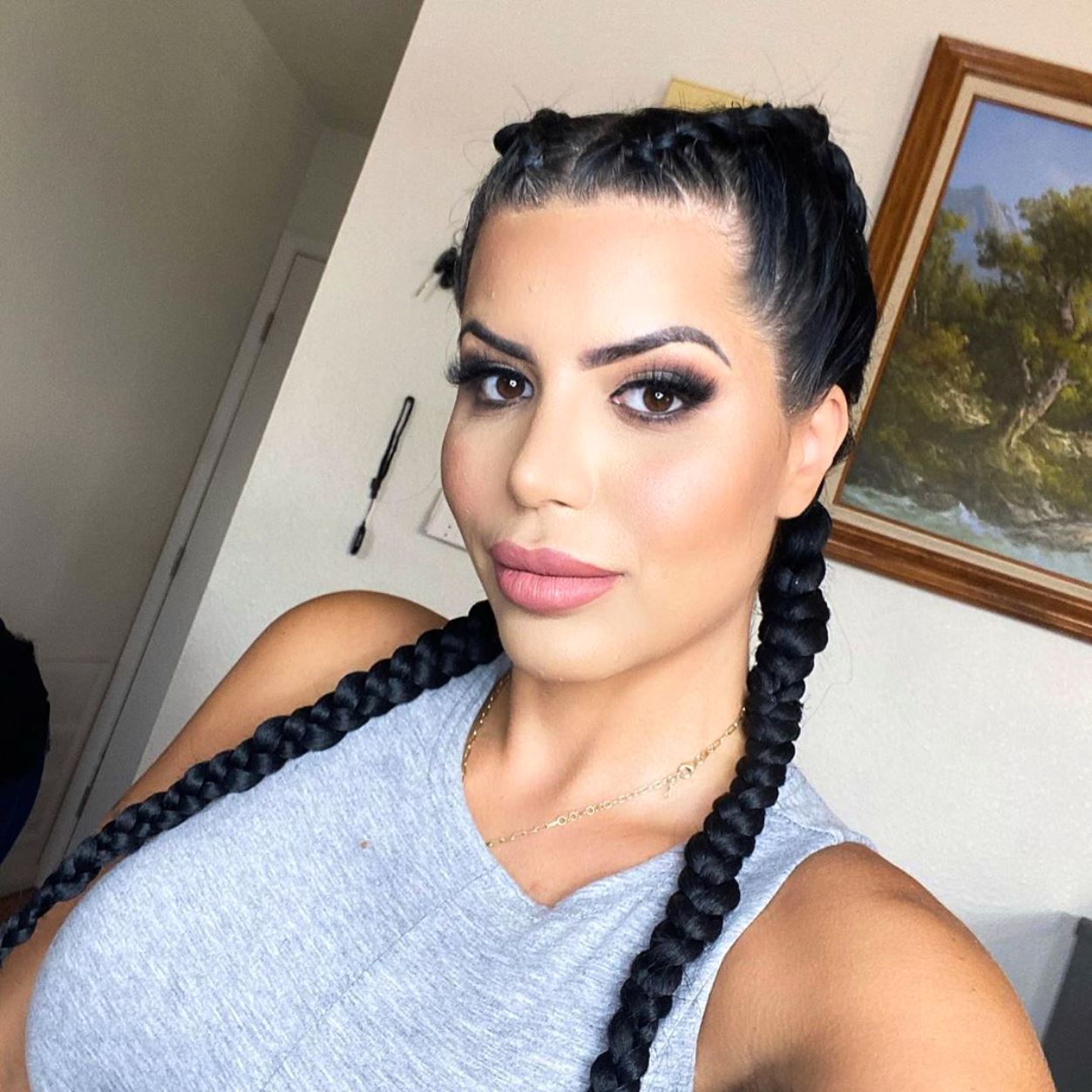 The reality star released a “final statement” on her Instagram over the weekend, claiming she was “released” from her contract with TLC after she posted a video in lingerie on the website CamSoda.

“Dear Friends and Followers, I want to make a statement for you, I’m no longer a cast member of the show ’90 Day Fiancé,'” she wrote. “Because of my show with CamSoda, I was released from my contract with TLC by phone the day before ICE arrested me. I will continue producing content for my official channels on Instagram, OnlyFans and Youtube. Thanks for your understanding, love and attention.” 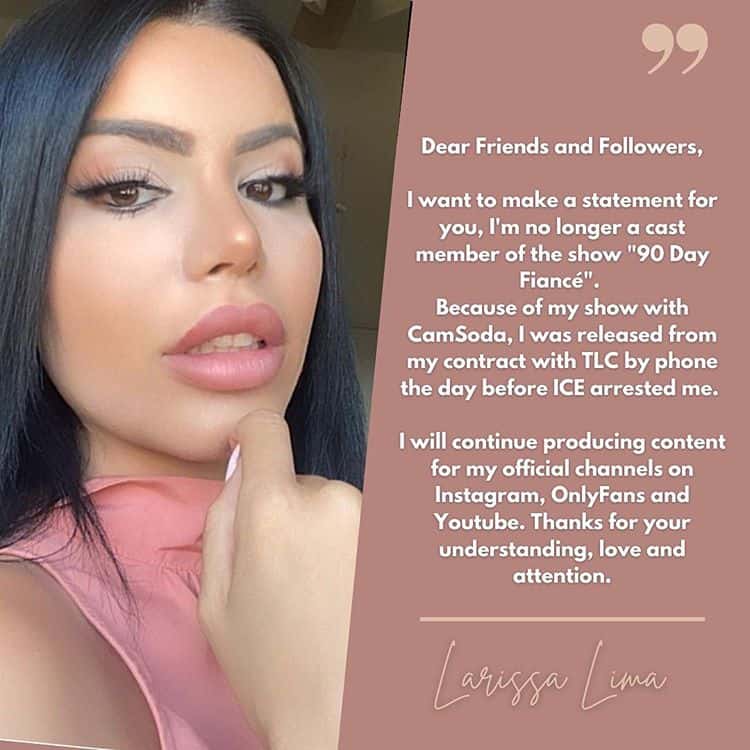 According to TMZ, Larissa’s video garnered more than $100,000 for the site — a successful return on investment considering the Brazilian TV star shelled out $72,000 in cosmetic surgeries to look more like Kylie Jenner.

Larissa first joined the show in 2018 to detail her path to marriage with Colt Johnson. After a rocky relationship and less than a year of marriage, the two split for good in 2019.

The 33-year-old faced additional rockiness earlier this month when she was taken into ICE custody in Las Vegas. She was detained as she and her boyfriend, Eric Nichols, were trying to leave town for Colorado Springs. But she was ultimately released shortly after.

“Kiss this bishesss ????,” wrote Eric in the caption of his Instagram post, tagging the locale in Colorado as the two embarked on their new journey.

Fans of the show will still be able to watch Larissa on parts two and three of the the 90 Day Fiancé: Happily Ever After program, airing next Sunday and Monday on TLC.