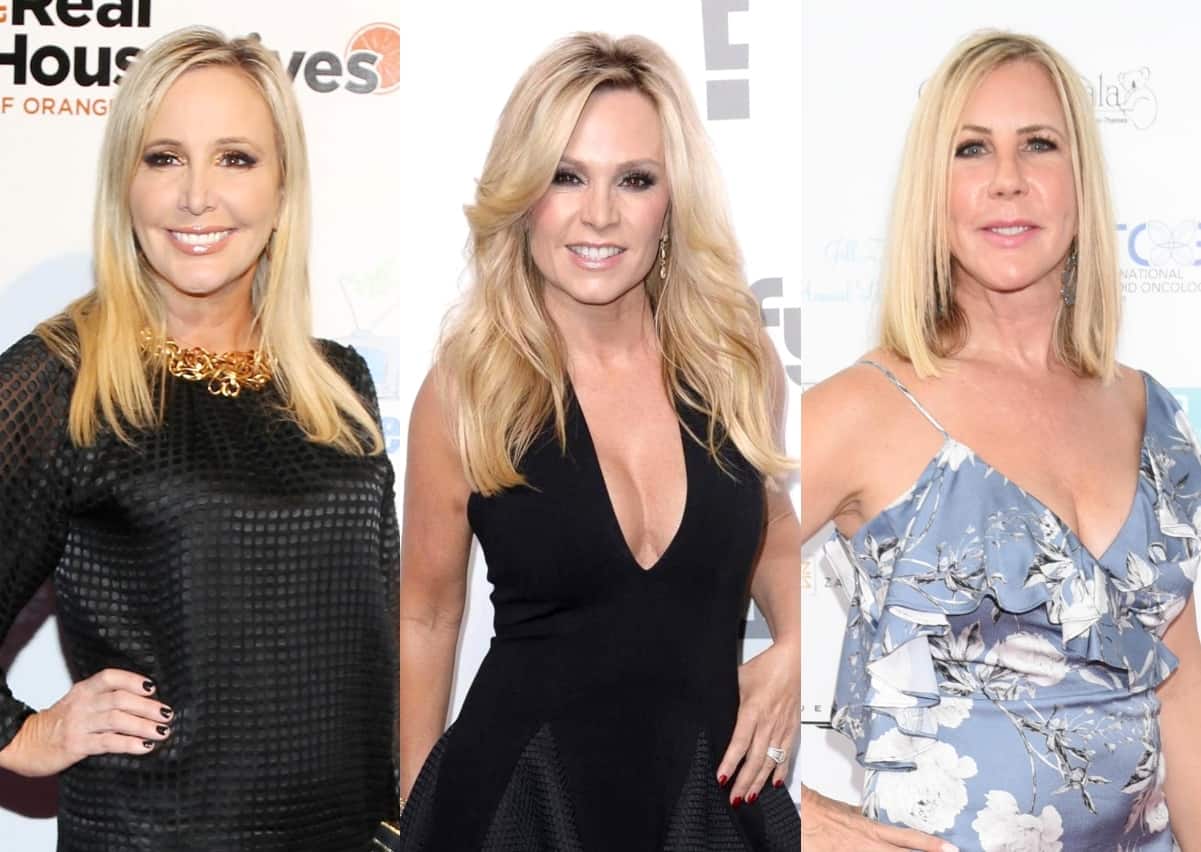 Shannon Beador didn’t have the easiest time self-shooting scenes for the 15th season of The Real Housewives of Orange County.

After she and her castmates were forced to film their own scenes for the show due to the coronavirus shutdown, Shannon spoke of the challenges of production before reacting to being the longest-running current cast member, speaking of Vicki Gunvalson and Tamra Judge‘s departures, and addressing the possibility of reconciling with the two women.

“It’s been an insane, insane year,” Shannon admitted to Entertainment Weekly of 2020, revealing that she and her castmates stopped filming temporarily after a trip to Palm Springs.

Following the shutdown, which occurred about five weeks into production, Shannon and her castmates were asked to begin filming themselves at home.

“I wanted to be authentic,” Shannon said of self-filming. “I would document the good and the bad. I wanted to show that sometimes it was a struggle. Each one of us has a very different personality and we all handle things differently, so I think it will be really interesting to see. I would be the ‘panic person’ of the group. And I… did fulfill that during the pandemic.”

Now that Vicki and Tamra are no longer on RHOC, Shannon is the longest-running current cast member of the show, which she said is “surreal.”

Still, she added, “I don’t think about things like that.”

After learning Vicki and Tamra would not be seen on season 15, Shannon said she was both “sad” and “shocked” before addressing their months-long feud.

“I was sad, I was shocked, I was upset about it. But you know… there were a lot of untruths said about me by both of those women, and I know that they’re untruths but I choose not to go back and forth in the press because that’s not the person I am,” she shared. “So it’s been sad for me to know that friendships that I thought were genuine and valid and authentic aren’t.”

During a separate interview, Shannon admitted that when it comes to making amends with Vicki and Tamra, she hasn’t written off the idea completely quite yet.

“I don’t know. There have been certain relationships with [castmates] where I have said, ‘I’m done, never again.’ And you know, I’m friends with them, so … never say never. Who knows,” Shannon told Us Weekly. “If there’s a way to try and make things where you can at least be cordial with someone, I would prefer that. I don’t like to fight with people. There’s just no need for all the negativity.”

According to Shannon, the drama between her, Vicki, and Tamra has been “devastating.”

“This has been going on for months. And, you know, I have compassion for what both she and Vicki are going through and I wish them the best. I mean, to be a part of something for 12 and 14 years and then not to be involved in it anymore, that has to be difficult. I do have compassion,” she explained.