Is Lisa Vanderpump's PUMP Eatery Closing Down for Good? She Posts Cryptic Tweet as Rental Company Cleans Out Venue

Below Deck Recap: James Questions His Job While Izzy Gets Praised; Will Shane Make it Through Charters?

RHOSLC: Mary Cosby Accused of Lying by Cousin Who Claims Marriage to Step-Granddad Was Not Arranged and Dishes on Family Drama

Jillian Michaels Disses Teddi Mellencamp and Andy Cohen, Tells RHOBH Alum to "Stay in Lane" Over All In Business

RHOC Recap: Braunwyn's Sobriety Gets Tested as Shannon Gets Wasted; Plus, Will Elizabeth's Divorce Ever Get Finalized? 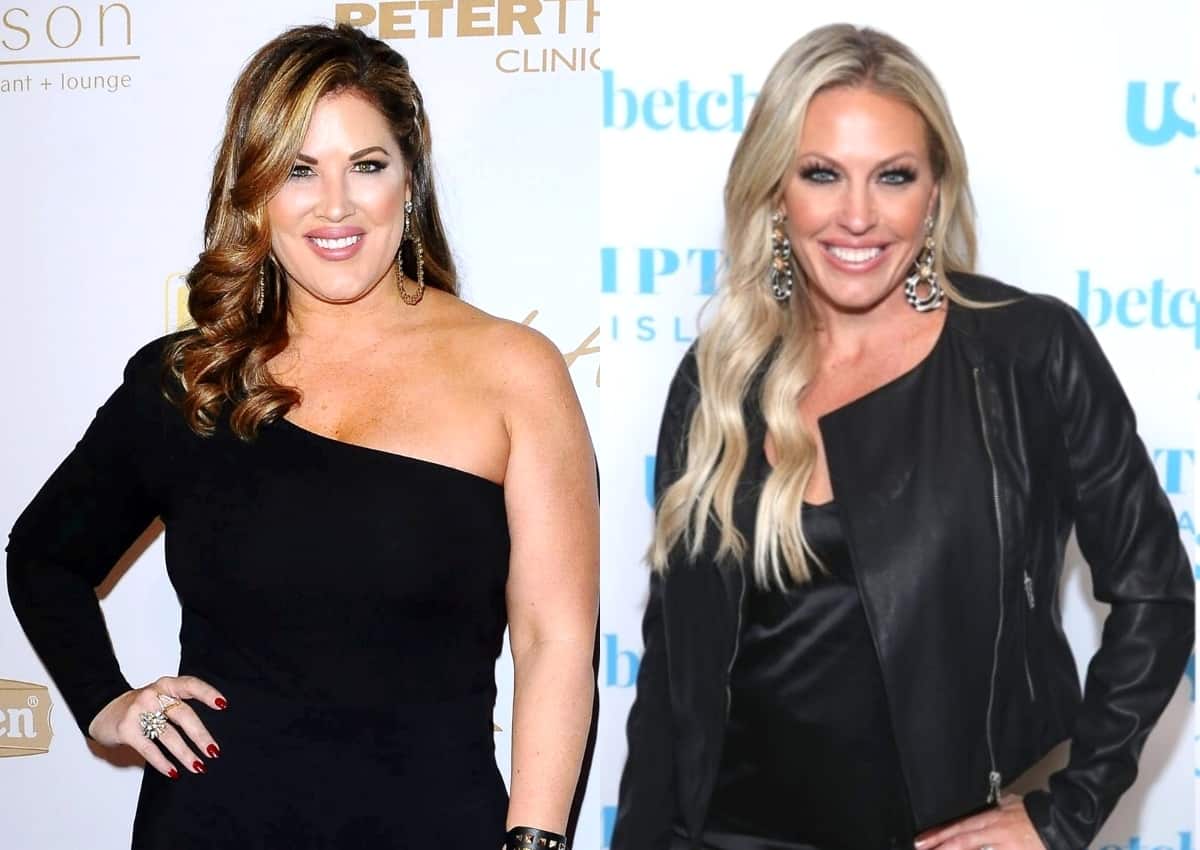 Emily Simpson and the Real Housewives of Orange County cast are currently estranged from their co-star, Braunwyn Windham-Burke, who was seen confirming she’s an alcoholic on the premiere episode of season 15 earlier this week.

Before sharing husband Shane Simpson‘s reaction to her weight loss, Emily confirmed she and her castmates unfollowed the mother of seven before explaining her decision to do so and revealing she is prepared to bring a binder of evidence against Braunwyn to the series’ upcoming reunion.

“She’s not talking to any of us because we all unfollowed her,” Emily told Entertainment Tonight during an interview earlier this week. “Each one of us kind of unfollowed her for different reasons.”

According to Emily, she unfollowed Braunwyn after the RHOC finale party.

“It was the last time that we were allowed, all six of us, to be together and I just I didn’t particularly like the way she acted and the way things went down,” she shared. “I didn’t block her or anything. I just unfollowed and, you know, there’s a lot of things that need to be resolved with her.”

While Braunwyn recently said that she’s holding her tongue when it comes to her co-stars because she’s waiting to discuss their issues at the reunion, Emily suggested that she is more than prepared for their potential confrontation.

RELATED:  Kary Brittingham Shares if LeeAnne Locken Will Appear on RHOD's New Season and Reveals Someone Gets Pushed Into a Pool, Plus Kameron on If She's Still Friends With LeeAnne

“I’ve got materials. You name it, I’ve got it,” she said. “I’m an attorney, so I analyze things and I like facts. I don’t think anybody should jump on someone else out of emotions or anything like that. So, I do have a very factual, analytical argument as to things that she’s done that I find completely inauthentic and, you know, I’m ready and willing to address those.”

During a separate interview, Emily said that while her body has changed over the past year, her husband hasn’t changed the way he treats her.

Braunwyn Windham-Burke Shares Her Biggest Regret on RHOC and Most Embarrassing Moment Involving Tamra Judge, Plus Which Real Housewives Franchises She’...

RHOC Star Kelly Dodd Fires Back at Jen Shah For Labeling Her as Her Least Favorite Housewife, Plus Jen Reacts to Fans Who Mentions Kelly’s Controversia...

Jillian Michaels Calls Out Teddi Mellencamp For All In Business By Telling RHOBH Alum To “Stay In [Her] Lane” And Suggests Andy Cohen Is Uneducated About The Keto Diet Before Accusing Him of Vanish...