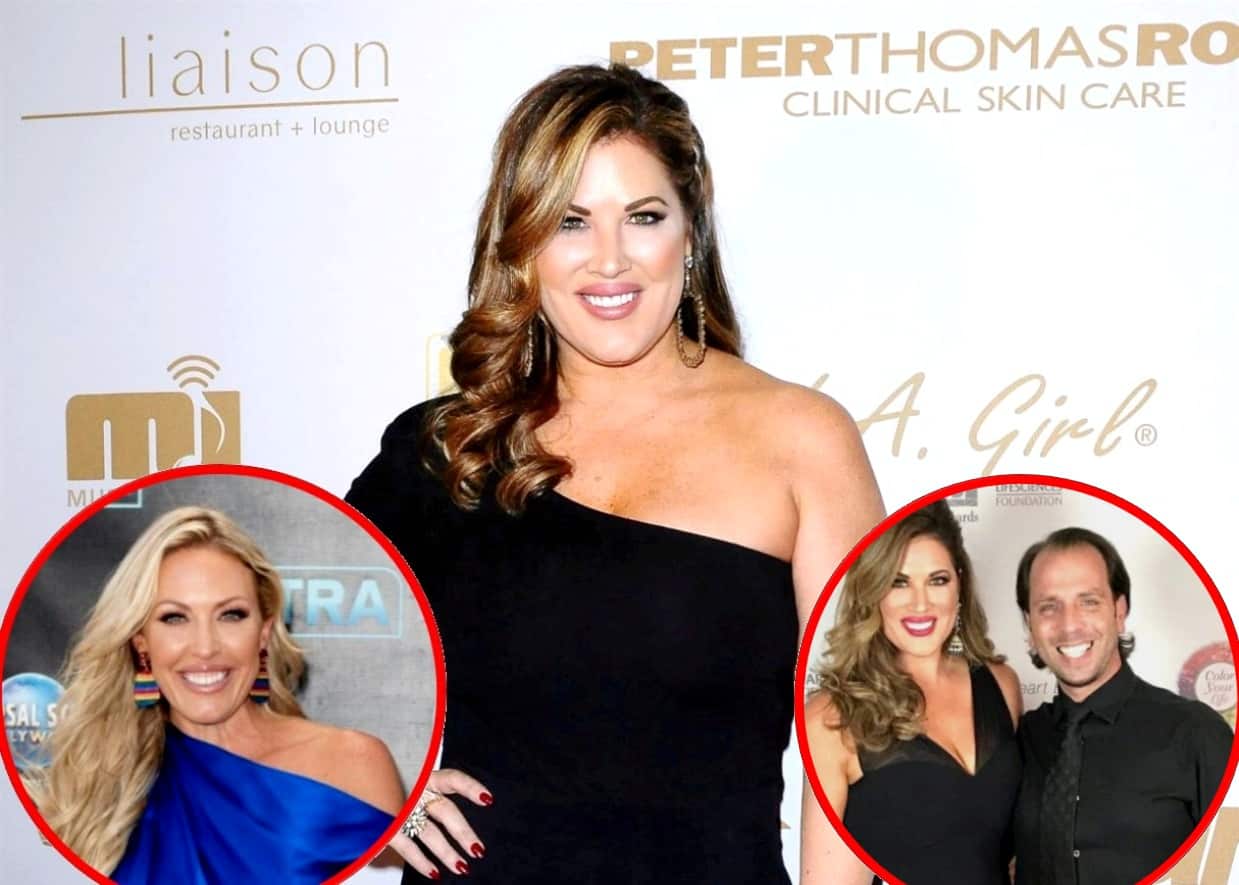 Emily Simpson and her husband, Shane Simpson, have gone through a number of ups and downs in their marriage since joining The Real Housewives of Orange County cast for season 13 in 2018, and today, they appear to be doing quite well.

In a sneak peek at the upcoming premiere episode of season 15, Emily and Shane are seen celebrating their 11-year anniversary at dinner when the topic of their past struggles comes up, and Emily also discusses her thoughts on Braunwyn Windham-Burke and her drinking.

“I think 11 years is huge because we probably hit rock bottom last year,” Emily tells the cameras in the preview clip.

According to Emily, she believes she was responsible for her drama with Shane because she simply didn’t give him the credit he deserved.

“I think it’s my fault because I didn’t recognize that he’s a great dad and a great husband,” she explains.

Luckily, after undergoing hip surgery at the end of last year, Emily turned over a new leaf with her husband.

“Coming out of surgery, I felt like I had a new life and he was there with me to share that and move forward,” Emily shared.

At dinner, Shane questions his wife about how she felt he’d been over the past six months.

“You’ve been amazing, seriously,” Emily replies. “Last year was really bad because I was in a lot of pain. I couldn’t even bend over and put my underwear on.”

In response, Shane jokes that he actually recommends that people treat their relationship issues with hip surgery.

Also during the sneak peek, Emily admits to Shane that while she likes Braunwyn and believes she’s a “good person,” her heavy drinking makes it hard to connect.

“I like Braunwyn. I think she’s a good person [but] she drinks so much that whenever you’re around her, you can’t even have a normal conversation,” Emily reveals.

Then, in her confessional, Emily took aim at Braunwyn’s drinking further.

“If Braunwyn is always drinking the way she is, you can’t anything but a superficial relationship with her. You can’t have a deep, meaningful conversation with someone who can’t stand up,” she stated.

Amid Emily’s comments about Braunwyn, a flashback moment of Braunwyn, who has faced rumors of a strained marriage to Sean Burke in recent weeks, falling asleep on a man on a plane was seen.

RHOC Live Viewing – This is also the live viewing thread for tonight’s season 15 premiere of the RHOC, so feel free to comment and chat below as the new episode airs at 9/8c on Bravo TV! Be sure to tune in as a major bombshell will be dropped about a cast member during the show.